Discover the taste of Peru just a short stroll from Osan Air Base, South Korea 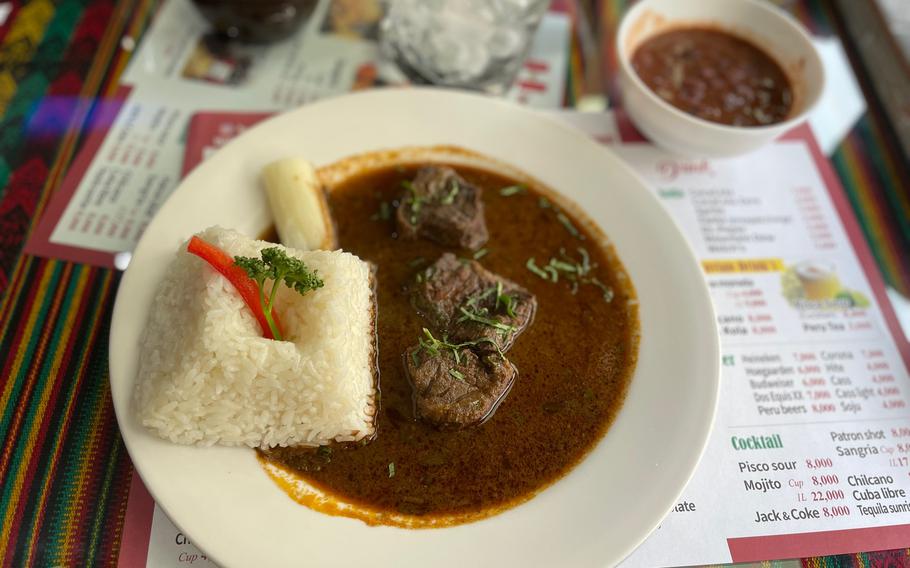 The seco de carne, a Peruvian beef stew, from Ceviche 210 near Osan Air Base, South Korea. (Jazzmin Spain/Stars and Stripes)

Ceviche 210 is a Peruvian restaurant in the heart of the Songtan entertainment district in Pyeongtaek, South Korea, with many more options on the menu than the eponymous raw fish in citrus juices.

The staff was very friendly and accommodating. They gave me a table by the window with a view of the district.

Every meal comes with chips and a side of mild and spicy dip, and the chips were so good they could easily be eaten by themselves.

Since it was my first time at Ceviche 210, I took recommendations from the server. She suggested the seco de carne, which is a Peruvian beef stew, or the arroz chaufa, a Peruvian fried rice with a choice of chicken or beef. 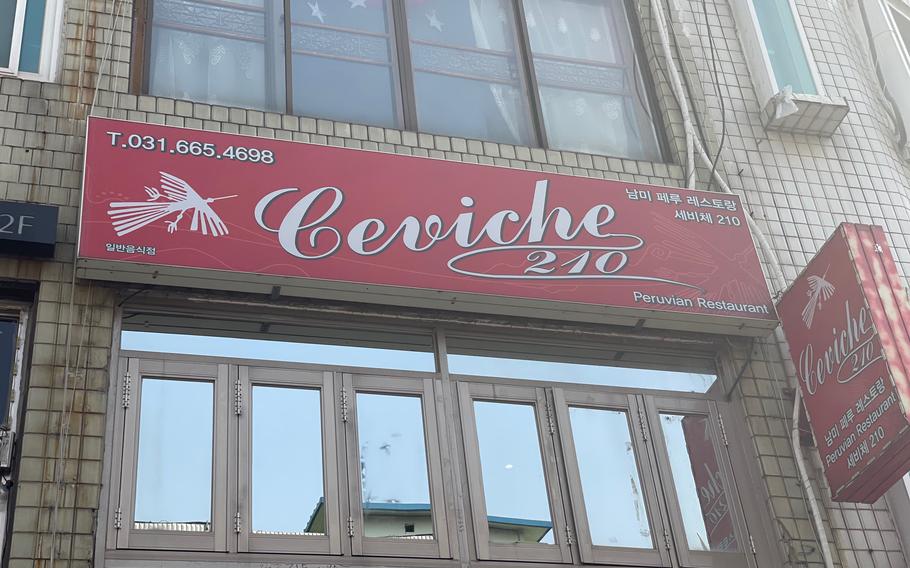 Ceviche 210 is a Peruvian restaurant in the heart of the Songtan entertainment district in Pyeongtaek, South Korea. (Jazzmin Spain/Stars and Stripes)

The menu comes in Spanish, English and Korean with pricing in Korean won.

While devouring the chips, I look over the extensive drink menu trying to decide what to get. From water, sodas, Peruvian juices, to sangria, beer and cocktails, the selections are reasonably priced between 3,000 and 8,000 won.

The beef stew was served before I decided on my drink, and I realized I should've ordered the double meat option. The plate comes with three decently sized pieces of beef, but only three.

I was thrown off by that until I started to mix the rice into the stew and break the beef down. To my surprise everything was evenly distributed, and I was thoroughly satisfied. 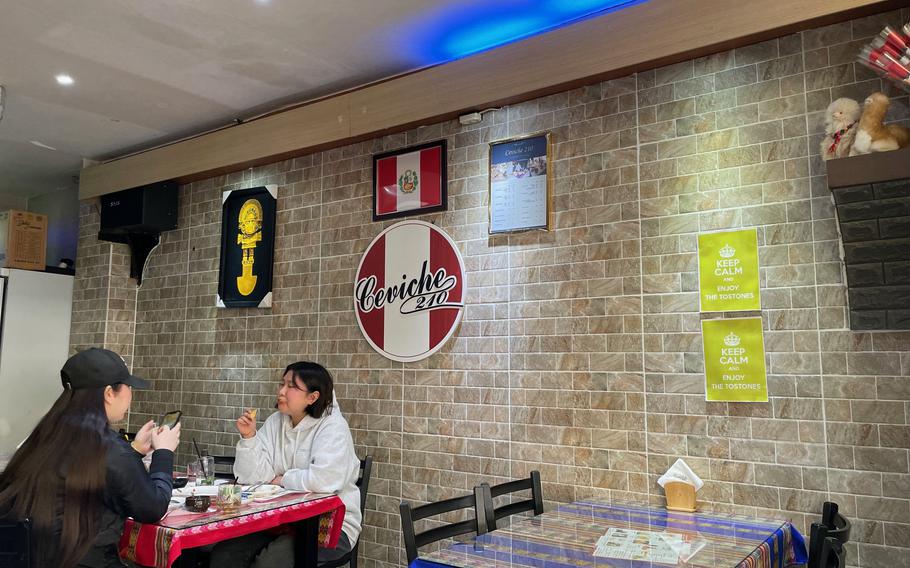 Customers enjoy a meal at Ceviche 210, a Peruvian restaurant that’s just steps away from Osan Air Base, South Korea. (Jazzmin Spain/Stars and Stripes)

The meat was very tender and the flavors in the stew broth made the entire meal that much better.

The stew could've been warmer though. It felt like the only warm thing on my plate was the rice.

Honestly, I still ate it with no complaints because the flavor was there.