The studio announced plans for the attraction five years ago, and legions of Ghibli fans around the world have been eagerly awaiting its opening. That will happen Nov. 1, just as Japan is again welcoming international tourists.

We got a sneak peek at Ghibli Park, which is several hours southwest of Tokyo. Here's what you need to know.

The No-Face character from Studio Ghibli’s Spirited Away, one of the exhibits at the new Ghibli Park in Japan. (Shiho Fukada/For The Washington Post)

Don't expect rides or human-sized characters posing for photos. The vision for the 494-acre park is unique to the vision of Hayao Miyazaki, the studio's 81-year-old co-founder, and is an homage to his legacy as a groundbreaking animator and creator. (The idea came about in 2017 after Miyazaki made what seemed to be his final retirement announcement, though he is now working again.)

The result is believed to be Japan's first "hybrid park," built around an existing public space to minimize harm to the environment. Mindful of sustainability, its creators sourced as many materials as possible locally. The main attraction - Ghibli's Grand Warehouse - is converted from an indoor pool attached to an indoor skating rink.

As with Ghibli films, you cannot help but appreciate the nature surrounding you. It's designed so that you feel like you are living in an actual Ghibli world, rather than visiting a fantasy. The result: a sensory overload that is peaceful at the same time. An exhibit inside the house of Satsuki and Mei from the movie “My Neighbor Totoro.” (Shiho Fukada/For The Washington Post) 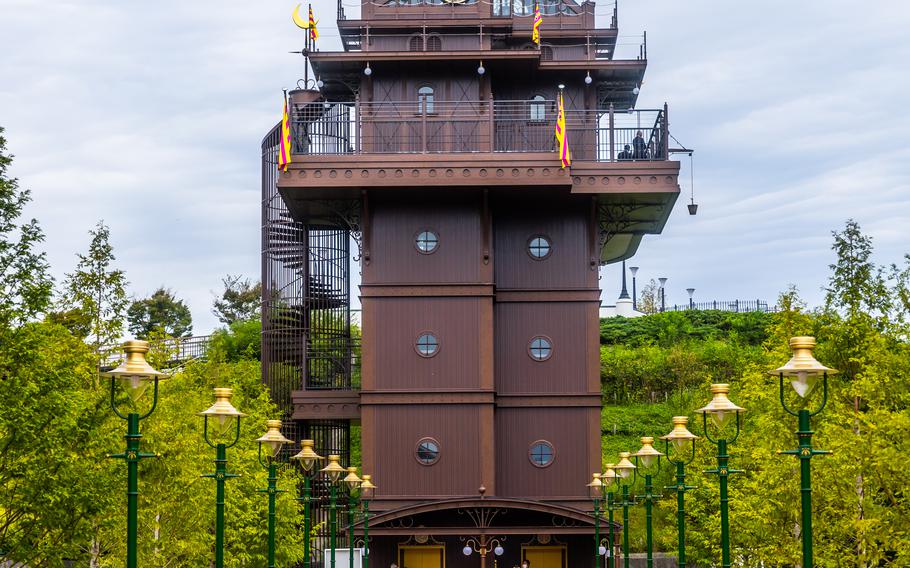 An exhibit inside the house of Satsuki and Mei from the movie “My Neighbor Totoro.” (Shiho Fukada/For The Washington Post)

The park ultimately will consist of five areas, with three ready next month. Ghibli's Grand Warehouse is an indoor showcase that re-creates sets from 14 Ghibli classics. In Dondoko Forest, visitors will find the house of Satsuki and Mei from "My Neighbor Totoro." The Hill of Youth presents Nishi's antique shop from "Whisper of the Heart" and the Cat Bureau from "The Cat Returns."

Next fall will add Mononoke Village, based on "Princess Mononoke." And spring 2024 will introduce the Valley of Witches, based on "Howl's Moving Castle" and "Kiki's Delivery Service."

The meticulous attention to detail is remarkable. At almost every turn, you'll be surprised by the little gems, particularly in Ghibli's Grand Warehouse. 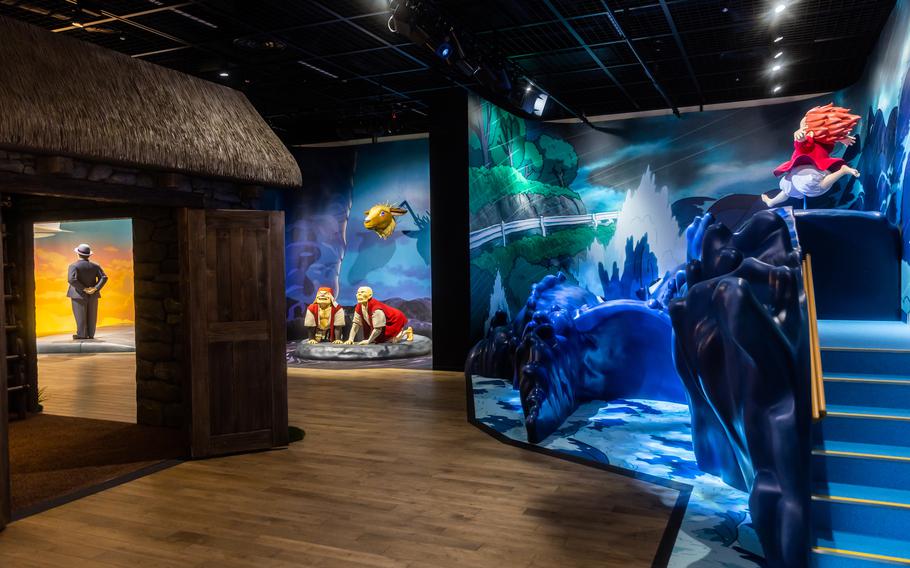 Clusters of soot sprites, or Makkuro kurosuke, hidden in corners. Individual contracts signed by those whose names were stolen by Yubaba, or Granny, before Chihiro entered the spirit world in "Spirited Away." A sleeping Totoro tucked in a nook in the kids' play area. The realistic expressions of the raccoon dogs from "Pom Poko." Acorns stacked along the walking path in Dondoko Forest. The fully functional gas stove in Nishi's antique shop. Water droplets the size of your hand as you view the world through Arrietty's eyes.

Again and again, they leave you wondering: Really, they even thought of that?

Fans know the cuisine in Ghibli films functions almost like a character of its own. 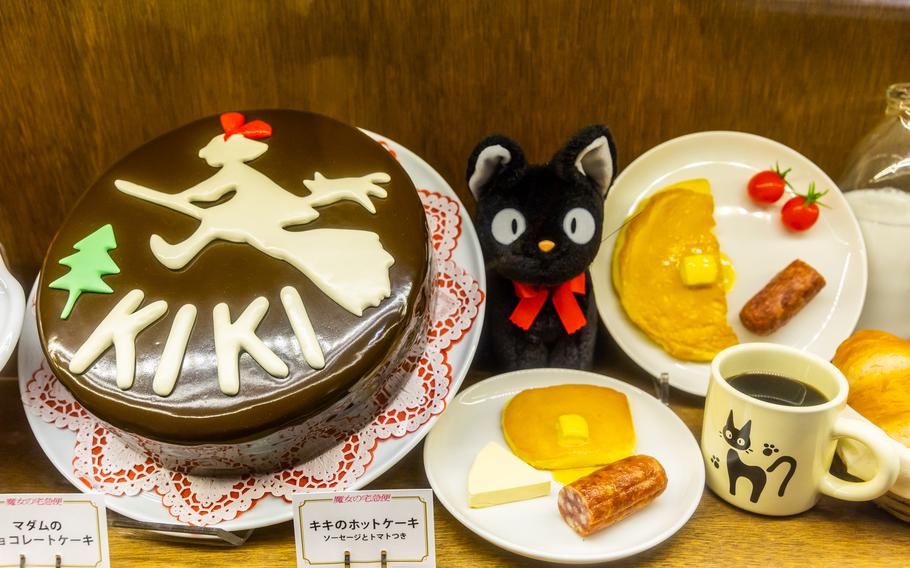 An exhibit on the cakes and breakfast dishes that appear in Studio Ghibli films. (Shiho Fukada/For The Washington Post)

An exhibit in Ghibli's Grand Warehouse celebrates the iconic Ghibli meals: Kiki's fish pie, the bacon and egg breakfast from "Howl's Moving Castle," the "Spirited Away" food stall where Chihiro's parents pig out, spaghetti Bolognese from "Porco Rosso," and so many more.

It also takes you inside the painstaking animation process required to create the eating and cooking scenes, along with life-size replicas of some of those scenes. (This is a temporary exhibit, though we hope park organizers consider making it a permanent installation.)

An exhibit, showing a scene from the movie “From Up on Poppy Hill,” in Ghibli’s Grand Warehouse. (Shiho Fukada/For The Washington Post)

There is a distinct aesthetic of simplicity and nostalgia at the park that feels so Ghibli-esque. A vintage candy shop sells sweets that are now difficult to find in Tokyo. Old-school "gacha-gacha" vending machines hold capsule toys. A dessert stand offers bottled milk with a pastry.

It's all fitting, given Miyazaki's aversion to using computers, smartphones or computer-generated animation.

While you'll no doubt want to capture it on your phone, take a moment to enjoy life as Miyazaki imagines it. The “Castle in the Sky” in Ghibli’s Grand Warehouse. (Shiho Fukada/For The Washington Post)

Ghibli Park is located within the Aichi Expo 2005 Commemorative Park in Aichi Prefecture. It is accessible via public transport from Tokyo, and a visit is doable as a day trip from the city.

The park, which is suitable for all ages, will allow about 5,000 visitors a day. Tickets are sold on its website through a lottery on the 10th of every month for each of the three areas. Prices range from $3.50 to $9 for children and from $7 to $17 for adults.

Wear comfortable shoes and be prepared to cover a lot of ground. A bus can take you to Dondoko Forest, but the walk there is scenic and relaxing. Bring snacks and water; there currently is only one small cafe, with vending machines few and far between.

The signs, exhibit descriptions and directions are almost entirely in Japanese, which will be challenging for non-Japanese speakers.