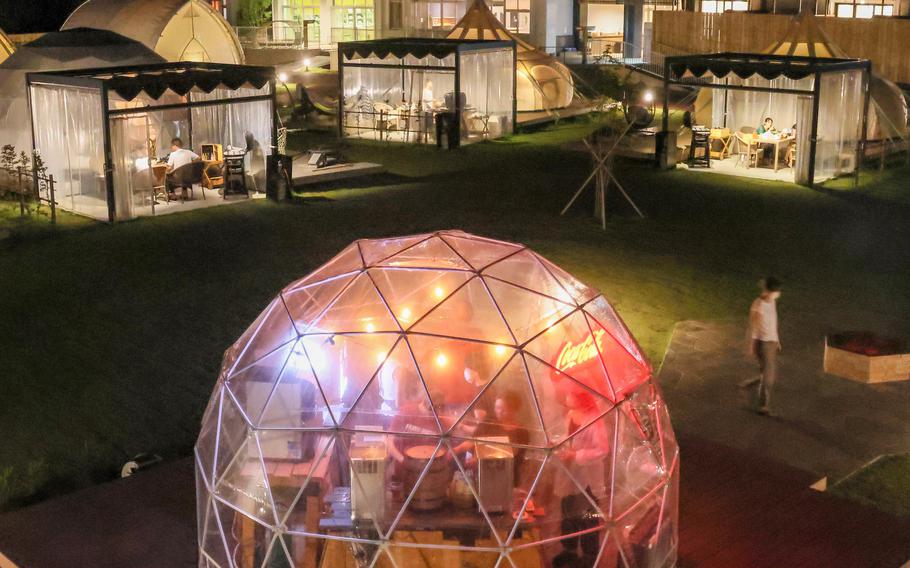 A transparent tent in the center of the site serves as a self-service drink area at night. (Japan News-Yomiuri)

SHIZUOKA, Japan - A shuttered elementary school in Shizuoka Prefecture has been reborn as a glamping facility and is attracting numerous visitors to the area, both from within and outside the prefecture.

Shimada City Yui Elementary School, in Shimada in the prefecture, closed its gates in March 2021 due to such reasons as Japan's declining birthrate. However, after undergoing extensive renovations, it reopened this March as Glamping & Port Yui, offering visitors the chance to enjoy high-class camping in modern facilities. 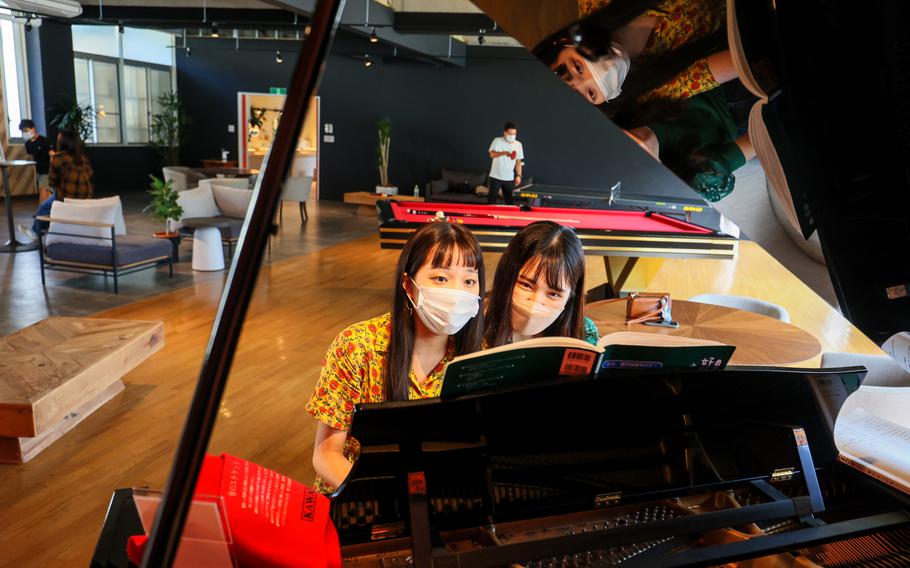 Visitors play a piano that used to belong to the school. (Japan News-Yomiuri)

The revamped site has 21 air-conditioned tents employing one of five designs. Each tent can accommodate up to six people, and features an all-weather dining space and a relaxation area equipped with sofas and beds.

The former school building has been decked out with shower booths and restrooms. The principal's office is now a bathroom, while the home economics classroom has been turned into a popcorn-making space.

The school gym remains a designated emergency evacuation center for local residents, but glampers are allowed to use it to play ball games. 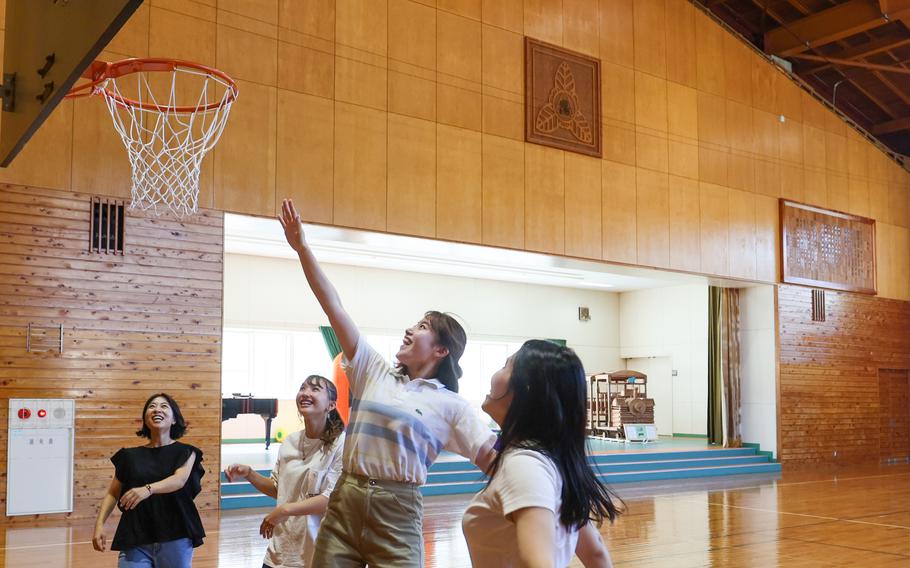 The site also has an area set aside for local residents to sell agricultural products and hold exhibitions.

The school opened as a branch school in 1873, using a temple building to hold classes. During its 148-year history, more than 3,000 students graduated from the educational facility. However, in the year prior to its closure, it only had about 30 students. 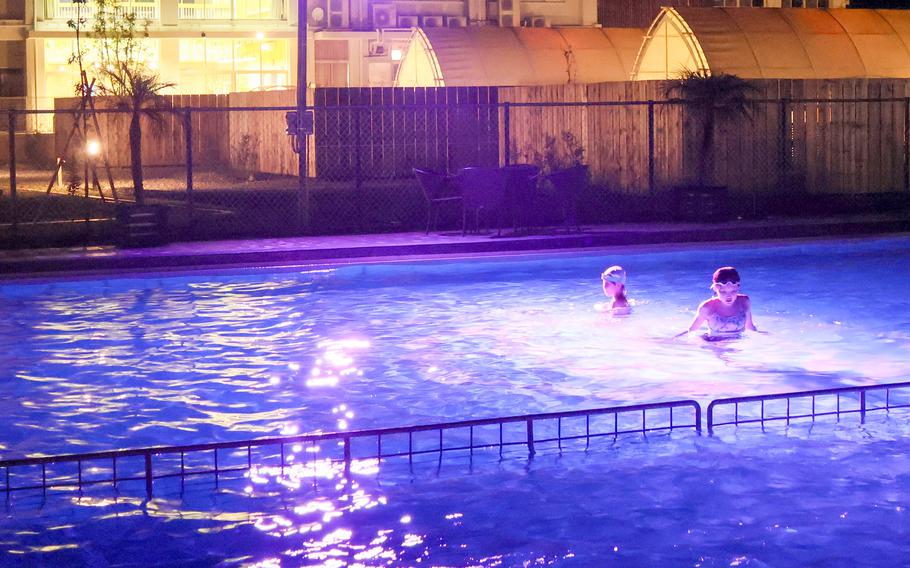 Visitors to Glamping & Port Yui enjoy swimming in the renovated former school pool. The pool was open until Sept. 30 this year. (Japan News-Yomiuri)

A 38-year-old company employee visiting from Nishio, Aichi Prefecture, who stayed overnight with his wife and 3-year-old son, said: "We arrived late last night and I played with my son in the gym. It's not possible to play with my kid at school, even in my hometown, so it was a very new experience for me."

Kazuhiro Fukazawa, the president of Aiwa Connect, which operates the site, said: "I've heard that it's quite difficult for foreign tourists to look around regular Japanese schools, but it's possible here at our glamping facility. Since the site is very close to Mt. Fuji Shizuoka Airport, I expect demand from overseas tourists to increase when the coronavirus pandemic ends."