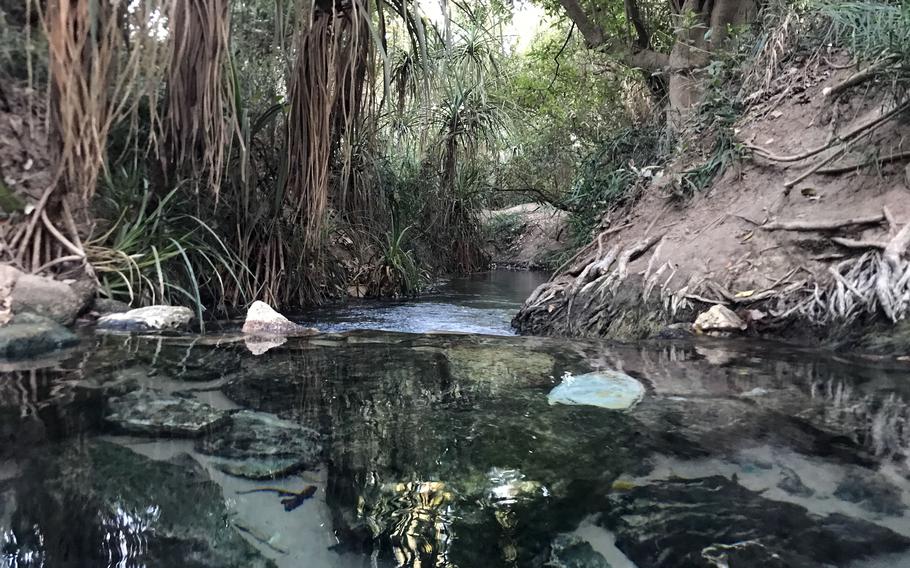 The water at Katherine Hot Springs in Australia's Northern Territory is crystal clear with no sign of crocodiles. (Seth Robson/Stars and Stripes)

A dip in a hot spring isn’t the hoped-for relief anyone craves in the sweltering tropical heat of Australia’s Northern Territory.

And few people associate the great southern continent with geothermal activity. Australia has almost 150 volcanoes, but none has erupted for more than 4,000 years.

That’s because Australia, unlike Japan and New Zealand, is far from the Pacific Ring of Fire where plate boundaries meet, and eruptions and earthquakes are common.

Beneath Australia’s red soil, however, there’s plenty of rock, heated by the earth, and that means there are hot springs to be found at various places in the Outback.

One of them is in Katherine, home to about 6,000 people. The town is 10 miles’ drive from Royal Australian Air Force Base Tindal, which frequently hosts U.S. military forces training in the country.

Katherine Hot Springs, walking distance from the town’s main street, is officially open from 7 a.m. to 7 p.m., although it doesn’t appear to have a fence, gate or anyone keeping an eye on it.

There’s a big parking lot near the springs, which are reached via a short downhill trek along a path that leads into a shady grove of gum trees.

The springs feature several pools linked by a meandering stream. Someone has built a steel walkway and steps that lead down to the largest pool. The water in the pools is crystal clear with no sign of crocodiles. 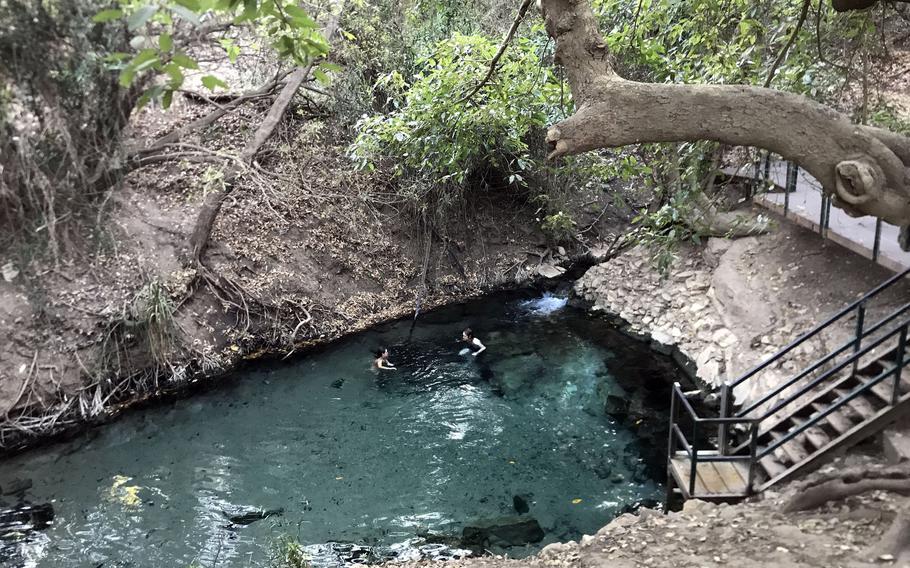 The largest pool at Katherine Hot Springs in Australia's Northern Territory is about 30 feet across and, perhaps 5 feet at its deepest point. (Seth Robson/Stars and Stripes)

The largest pool is about 30 feet across and perhaps 5 feet at its deepest point. You climb down a steel ladder to get in.

The water is only lukewarm – 75-86 degrees Fahrenheit, according to Katherine’s official website - but it’s quite pleasant to float in first thing in the morning, under the shade of the gum trees.

After your swim, you can head back up the hill and find plenty of tables and chairs and the Pop Rocket Café serving food and drinks out of a shipping container.

Access to the pools may be restricted during the territory’s wet season, from September to April depending on water levels, according to the town’s website. 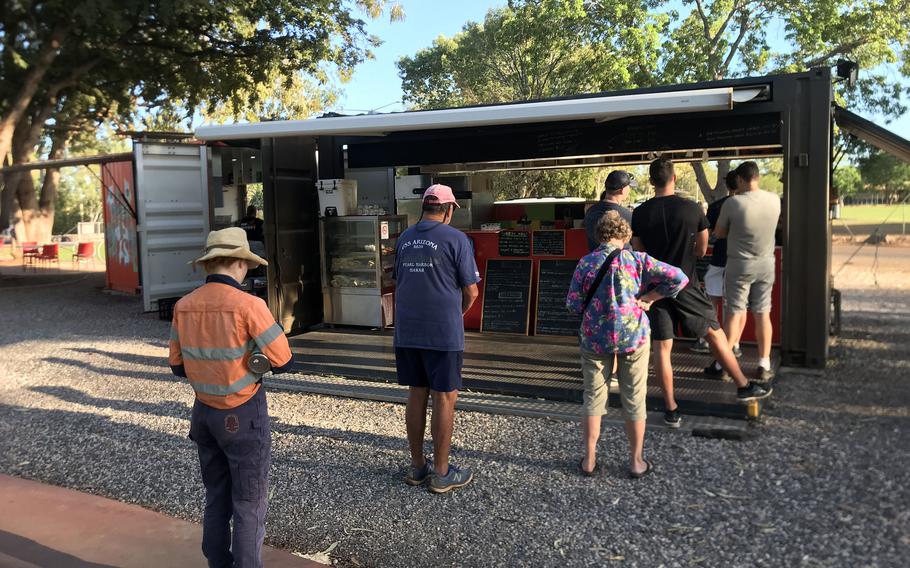 The Pop Rocket Café is a great place for a snack after a dip in the Katherine Hot Springs in Australia's Northern Territory. (Seth Robson/Stars and Stripes)

Directions: Take the Stuart Highway and head north from central Katherine, then turn left onto the Victoria Highway before crossing the river and drive about a mile. A sign for the hot springs will direct you to the carpark.