Once overcrowded Kyoto now longs for foreign tourists in Japan 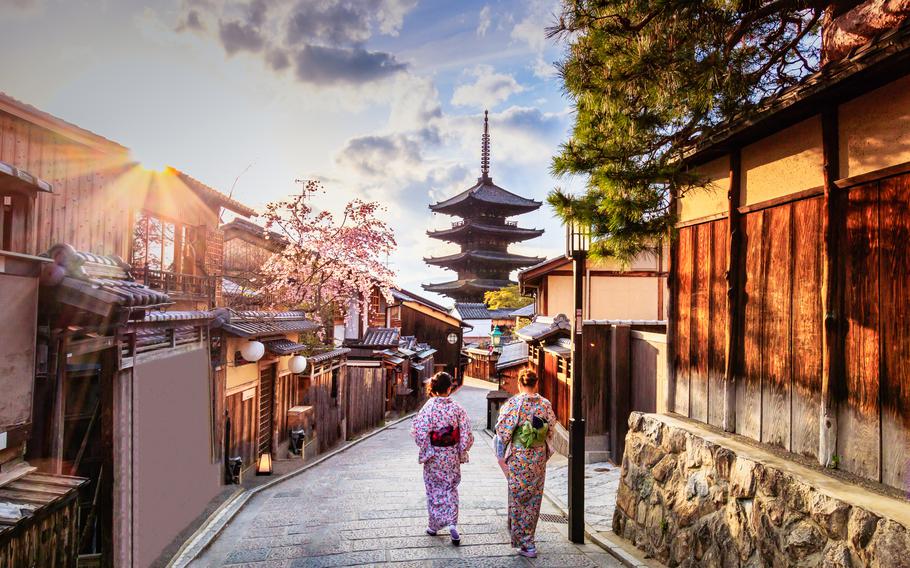 Visitors wander down a narrow street in the Higashiyama District neighborhood of Kyoto, Japan. Yasaka Pagoda is visible in the background. (iStock)

Once weary of hordes of foreign tourists crowding its narrow streets and ignoring etiquette, many in Japan’s ancient capital of Kyoto are longing for their return — missing the revenue they brought before the country largely shut its doors to overseas visitors two years ago due to the pandemic.

That includes Shoei Murayama, a former city assemblyman and author of the 2019 book “The Day Kyoto Collapses From Overtourism,” in which he warned the travel industry would push out local businesses and residents. He compared the city to Venice, which has banned cruise ships and is set to introduce a tourism tax. Now, Murayama believes Kyoto needs a hefty flow of visitors to thrive.

“At long last they’re able to come back,” he said in an interview at his offices in late June. “Kyoto people have realized over the past two years that it’s tourists who were keeping them going. People’s view of tourism has changed a little.”

Japan banned overseas tourists for about two years to slow the spread of the virus and has been among the slowest in the developed world to open up again. Although Japanese citizens made up more than 80% of the 50 million visitors to Kyoto in 2019, the lack of foreign tourists still dealt a hefty blow to Kyoto, which has a population of 1.45 million — similar to that of Barcelona.

From June, Prime Minister Fumio Kishida’s government began to allow limited numbers to return, albeit subject to strict rules such as being part of a package tour with a guide. His government has retained a cap on daily international arrivals at 20,000, a far cry from the record 31.9 million foreign visitors in 2019, who spent 4.8 trillion yen ($35.5 billion) according to the Japan Tourism Agency.

Kyoto has been one of the biggest beneficiaries of Japan’s tourism boom. Known for more than a millennium of history as the capital, until it was relocated to Tokyo in the 19th century, Kyoto’s wealth of ancient shrines, temples, gardens and its famous cuisine helped almost double its number of foreign visitors to 8.9 million in 2019, from 4.8 million four years earlier.

That growth eventually began to spur a backlash, particularly among residents who saw foreigners as ill-mannered in a city proud of its traditional etiquette.

In response, the city passed regulations that largely prevented Airbnb from operating in quiet, residential areas. It imposed a hotel tax. In the geisha entertainment quarter of Gion, a local residents’ council banned photography on some private roads. Still, surveys by the city council found most local people complained of traffic jams and overcrowded buses and subways around the major attractions.

All that changed almost overnight in 2020, at a time when the city was already struggling to overcome a financial crisis.

“The pandemic made all Kyoto’s strengths into weaknesses: culture, tourism and universities,” said Daisaku Kadokawa, the city mayor, dressed in a kimono and seated in a pristine tatami-mat room at the city government offices. “Many citizens welcome the return of foreign visitors as the virus dies down.”

The number of nights foreign travelers stayed in the city in May this year was down almost 99% on the same month in 2019, according to the city tourism association. Hotels were operating at half capacity at what is usually one of the busiest times of year, and were still being forced to offer rooms at a discount. 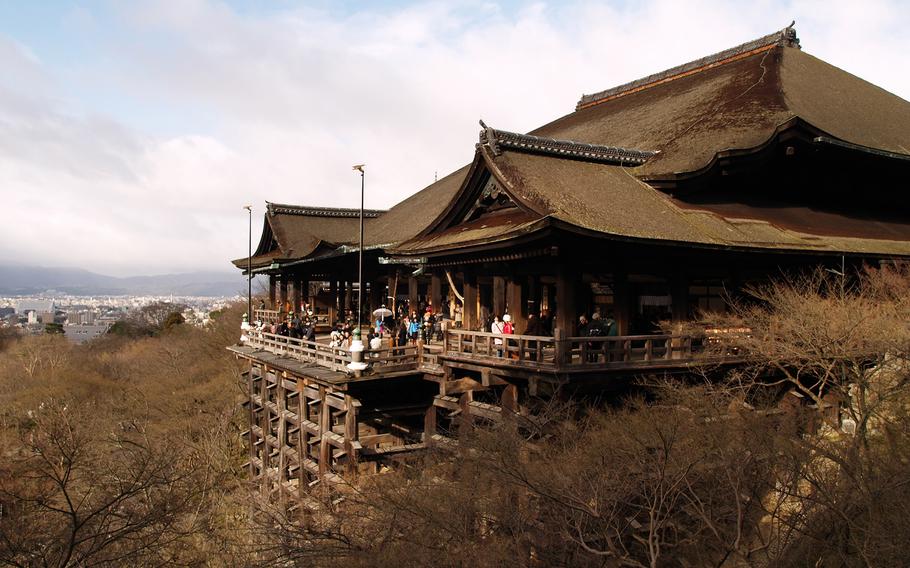 Kiyomizu Temple in Kyoto, Japan. Some city leaders believe Kyoto needs a hefty flow of visitors to thrive in a post-pandemic world. (Dreamstime)

In a quiet, riverside street in the center of the city, Sumio Takimoto sat in one of the empty rooms in the Japanese-style hotel he opened five years ago, Takasegawa Bettei. With his foreign clientele out of the picture, and the elderly people who normally make up the bulk of domestic tourism often too nervous about the health risks to travel, business has been at 10-30% of normal levels, he said.

“I was born in Kyoto, so I’ve been here more than 60 years, but during the pandemic, there were really almost no visitors in the streets,” he said. “It was a shocking situation.”

He blames premier Kishida for not taking bold enough steps to reopen to overseas visitors, despite a promise made in London earlier this year that he would make it as easy to enter Japan as other Group of Seven advanced countries.

“The yen is cheap, so it’s the best chance to bolster the rapidly cooling Japanese economy. A normal prime minister wouldn’t let that chance slip,” he said.

“It’s not just hotels and the tourism industry. There are a lot of people in the business world saying Japan needs to open up.” He’s hopeful that this will happen after the July 10 upper house election, when Kishida won’t need to be so sensitive to public opinion.

A little to the north, the covered arcade of Nishiki market, home to purveyors of upmarket foodstuffs that are sold to the inns and restaurants of the city, as well as to tourists, is plastered with signs urging people not to eat while walking around — a habit that irritates many Japanese. Periodic announcements over loudspeakers underscore the message.

But Kazuhisa Hatsuda, president of the market’s promotion association, said he just wants the tourists to return, rather than focusing on their manners. A maker of kamaboko, a type of processed seafood, he said business at his store was still down 60% on prepandemic times.

“You shouldn’t choose your customers,” he said in an interview at the association’s offices. “I want it to be as vibrant as before. That’s been the strength of Nishiki market for 400 years. First of all it has to be lively, and then we can decide about the rules.”

To be sure, not everyone in Kyoto is excited about the return of large numbers of tourists from overseas. The head of the Gion residents’ association that sought to ban photography declined a request for an interview on the topic. The city government has plans in place to try to alleviate future overcrowding by attracting visitors at different times of day, out of season and to relatively unknown attractions. It also wants more wealthy visitors.

“We need affluent people to come and spend a lot of money,” said former assemblyman Murayama. “If you’re choosing between one person spending 5 million yen a night and 500 people each spending 10,000 yen a night, then the former is better. That way the city won’t be as crowded.”