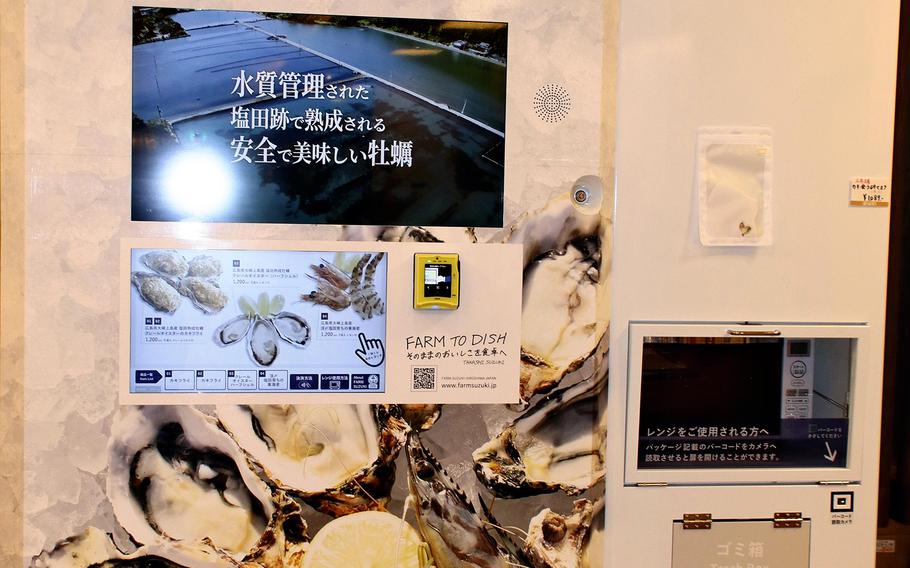 The 45-year-old president of Farm Suzuki in the town of Osakikamijima, Hiroshima Prefecture, developed a deep-fried oyster vending machine to promote the local specialty to the world.

The first vending machine was set up in January last year at Nagasakiya, a souvenir shop in Naka Ward, Hiroshima. Shoppers tap an LCD panel on the machine and pay with a credit card to receive a box of frozen deep-fried oysters. The machine comes with a microwave so they can be eaten right on the spot. Reheating fried oysters is regarded as "taboo in the industry," but Suzuki aims to challenge that view.

Suzuki has long wanted to create a way to sell oysters directly to consumers overseas, without going through middlemen.

"I couldn't afford to open a restaurant, but I thought that maybe I could do it with a vending machine," he recalled.

He began developing the machine four years ago. To try something no one else was doing, he deep-fried oysters and flash-froze them. They might not be quite at the level of freshly fried ones, but he said, "I'm sure there is a need to eat them more easily."

This noncontact sales route happens to work well amid the pandemic. The machine accepts e-payments only, and Suzuki monitors the sales and stock remotely.

His second vending machine is in Tokyo, on floor B1 of the Toranomon Hills Business Tower in Minato Ward. Machines will be set up in Singapore and Hong Kong this year, and eventually in the United States and France, he hopes.

Born in Saitama Prefecture, Suzuki enrolled in the National Fisheries University in Yamaguchi Prefecture after graduating from high school. He joined a trading company specializing in fisheries and became independent in 2008, opening a company to export oysters.

He has exported frozen shucked oysters, which should not be eaten raw, but began receiving orders for oysters in their shells for raw consumption, too.

He said he was exporting oysters from Hiroshima Prefecture with pride, only to be hit with a complaint from a customer who said, "I've never seen such bad oysters with uneven shape and weight."

In Japan, shucked oysters are marketed in bulk. As a result, they are grown big, on the presumption that they will shrink when cooked. Large masses of oysters are grown hanging in the water from floating rafts on the sea. When harvested, they are sorted by size.

On the other hand, smaller, juicy oysters are eaten raw abroad. These oysters are grown in baskets. Every two weeks, they are sorted into different baskets based on their size. When oysters of the same size are put together in the same basket, their shells and their flesh grow in a uniform way.

To promote Hiroshima oysters to the world, Suzuki learned the farming methods used in the United States and France and began cultivating oysters in 2011 in a pond that used to be a salt-making farm in the town. Struggling with differences between Hiroshima and foreign oyster cultivation areas in terms of water temperature and other environmental factors, Suzuki worked to artificially bring the farm closer to a "natural" state. It was the sixth year when he succeeded in farming oysters there. 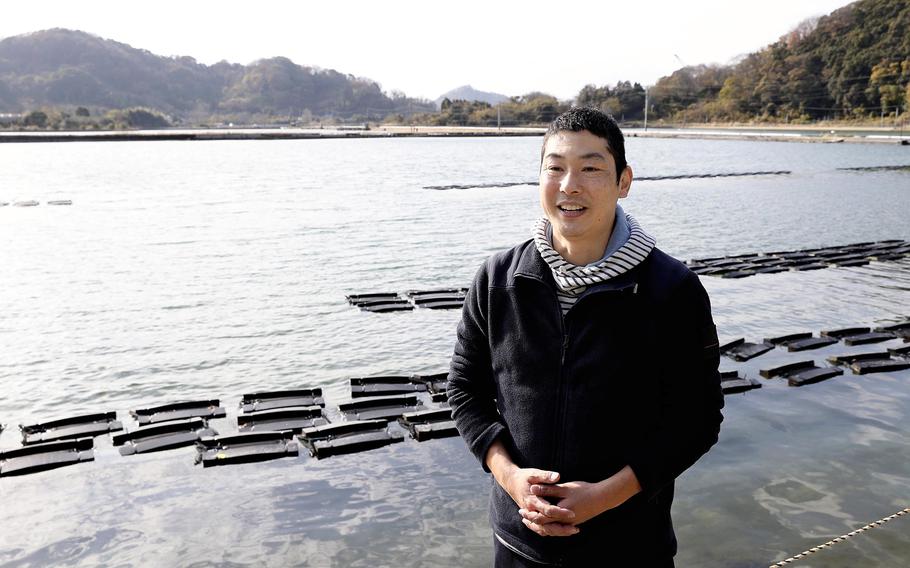 Once he achieved stable production, Suzuki began to feel like selling the shellfish directly to consumers.

"We want to sell our own products by ourselves," Suzuki said.

Farm Suzuki has sold its oysters at domestic retail stores and online, and shipped them to restaurants overseas.

His business started to take off around 2018, selling over 100 million yen, but soon was hit by the pandemic. Overseas sales, which accounted for about 70% of the total, fell to almost zero. Domestic sales increased thanks to a trend of spending from home, and overseas sales are picking up again.

"I want to make a splash with Japanese fried oysters in Europe and the United States, where there is a culture of eating oysters raw," Suzuki said.