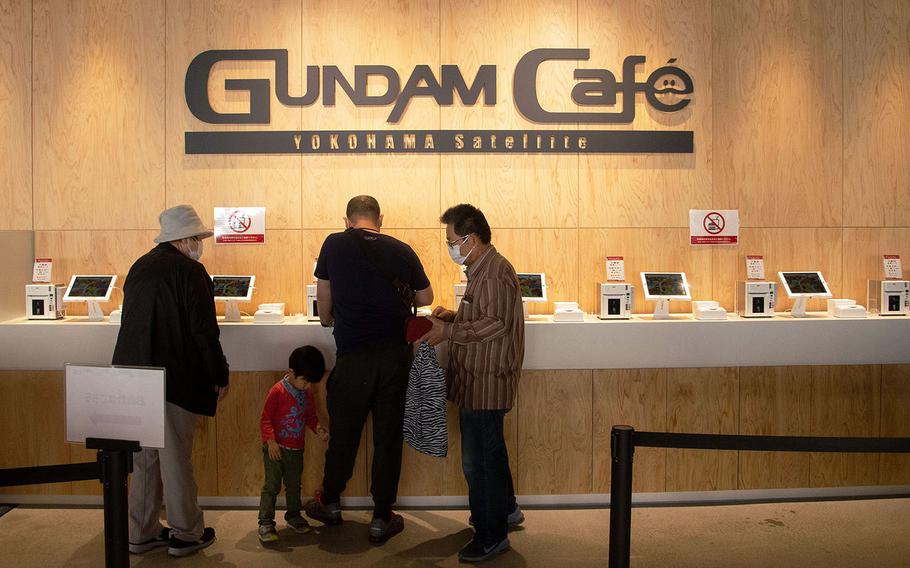 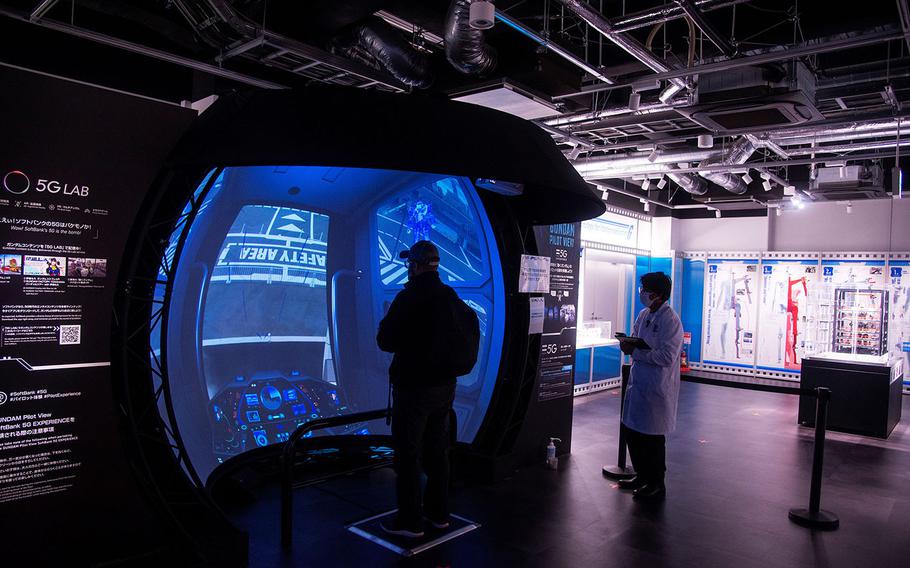 Buy Photo
The pilot view experience at Gundam Factory Yokohama is linked to the full-size robot outside and shows you what it would be like to be at the controls inside the cockpit of a real Gundam. (Jonathan Snyder/Stars and Stripes) 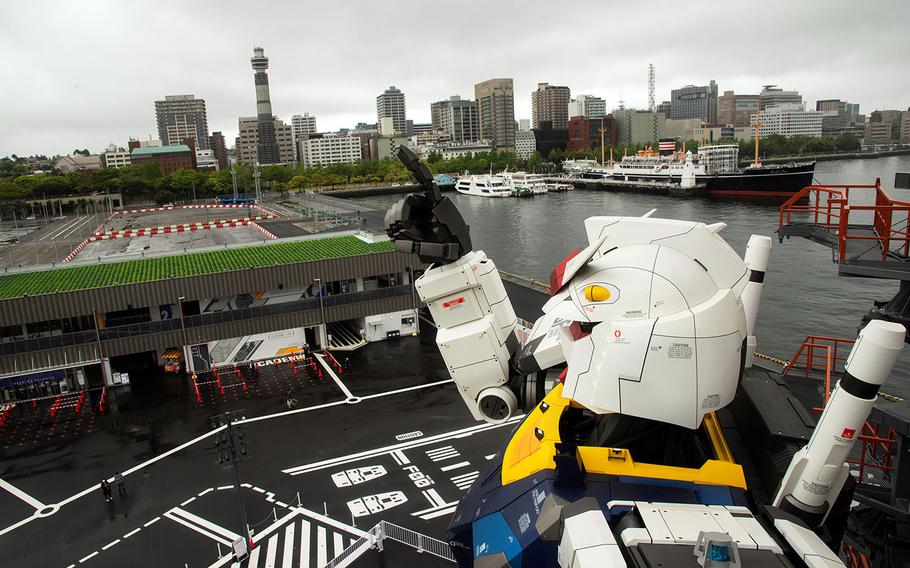 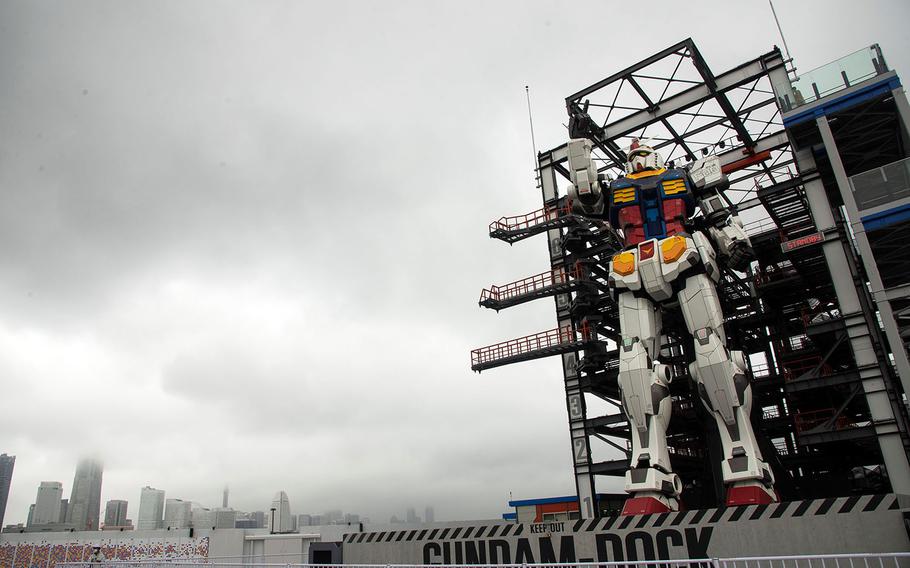 When it debuted in 1979, the anime show “Mobile Suit Gundam” captured the world’s imagination with its giant, weaponized, mechanical robots fighting in a space opera.

With the show’s popularity came the sale of model kits, of which toymaker Bandai Co. has produced more than 700 million as of May, the 40th anniversary of the kit launch.

The giant robot moves for several minutes every half-hour. While you’re waiting for the next show to start, check out the Academy Room, where you’ll find displays — some of them interactive — that detail the Gundam’s construction.

Here’s where you’ll find the Gundam pilot view experience, which is linked to the full-size robot outside and shows you what it would be like to be a pilot in the cockpit of a real Gundam. Augmented reality technology adds some enemy Gundams for more excitement.

The price of admission is 1,650 yen (about $15.14) for adults and 1,100 yen for children, when purchased together. For an additional 3,300 yen per person, you’ll be able to enter the Gundam dock tower for a much closer look.

I suggest saving that 3,300 yen for the Gundam Café inside the dock area. The café serves a variety of burgers, pasta dishes and beverages. Food prices range from about $5 for snacks to more than $16 for entrees. The drink prices range from more than $3 for soda and tea, nearly $7 for lattes and more than $12 for a unique collector’s bottle filled with your choice of two different sodas or lemonade.

If you’re not hungry, you could always spend that money at The Gundam Base store, which has a large selection of model kits, gifts and souvenirs.

The closest parking is the Yamashita Koen Parking lot. Prices vary from the weekday and weekend; expect to spend about $11 for two hours on the weekend.

You can also take a train to Motomachi-Chukagai Station. From there, it’s an easy eight-minute walk to the Gundam Factory.

For those stationed in the Tokyo area, this attraction is an easy day trip worth checking out. The Gundam is easily seen from the pier if you choose not to pay the admission for a closer look.