Get away to Okinawa’s Iheya Island for turquoise-blue seas, starry skies and beautiful coral 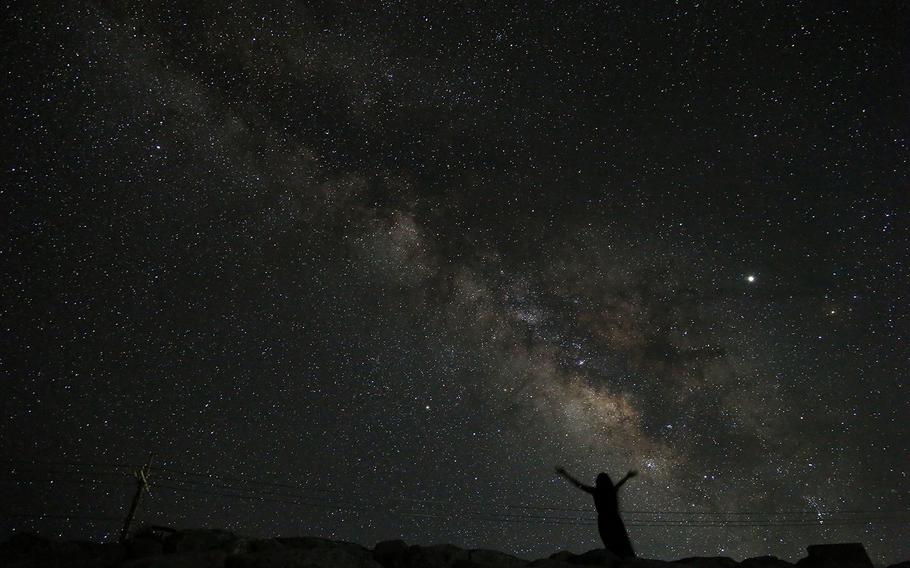 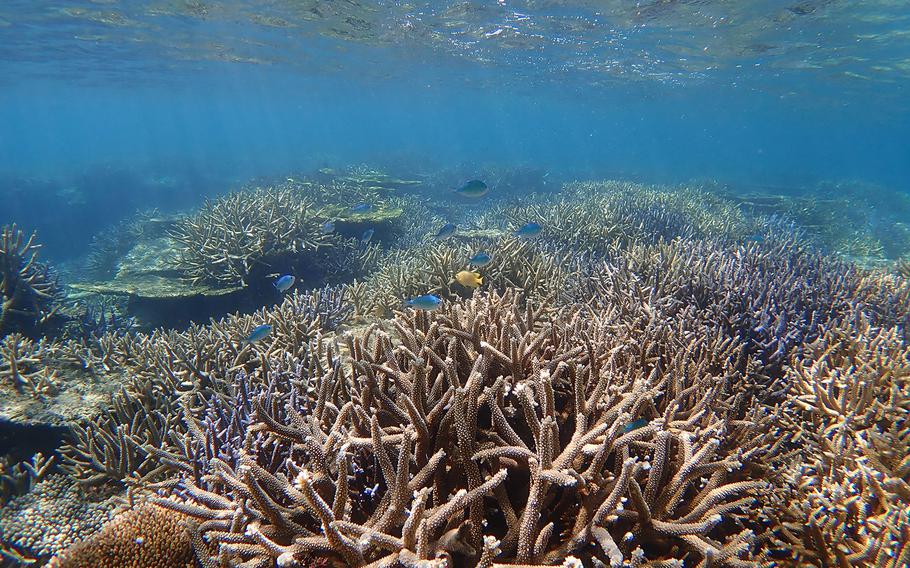 Buy Photo
Iheya Island, with its abundance of coral, boasts one of the best snorkeling experiences on Okinawa. (Aya Ichihashi/Stars and Stripes) 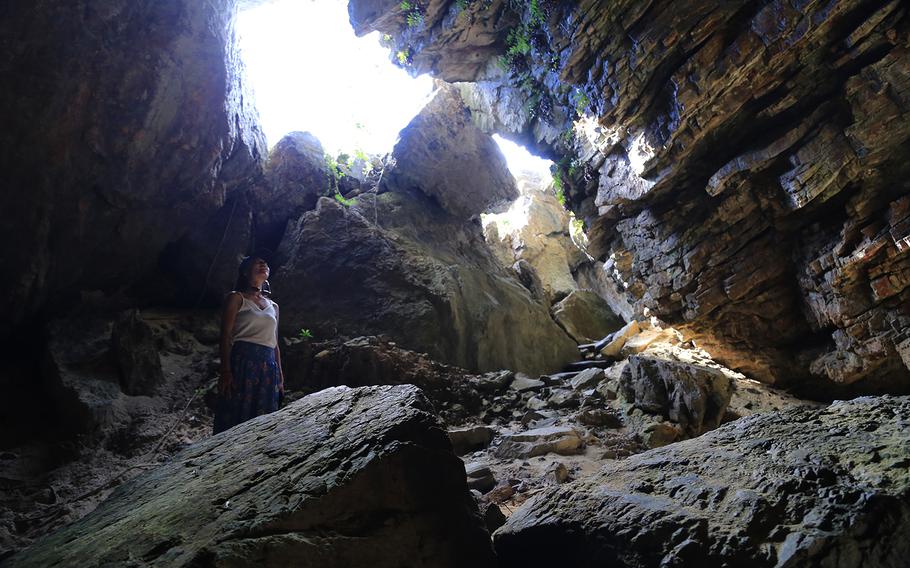 Buy Photo
Kumaya Cave on the north side of Okinawa's Iheya Island is a sacred place for locals. It's said that Amaterasu, the goddess of the sun in Japanese mythology, hid herself in the cave and the world was covered in darkness. (Aya Ichihashi/Stars and Stripes) 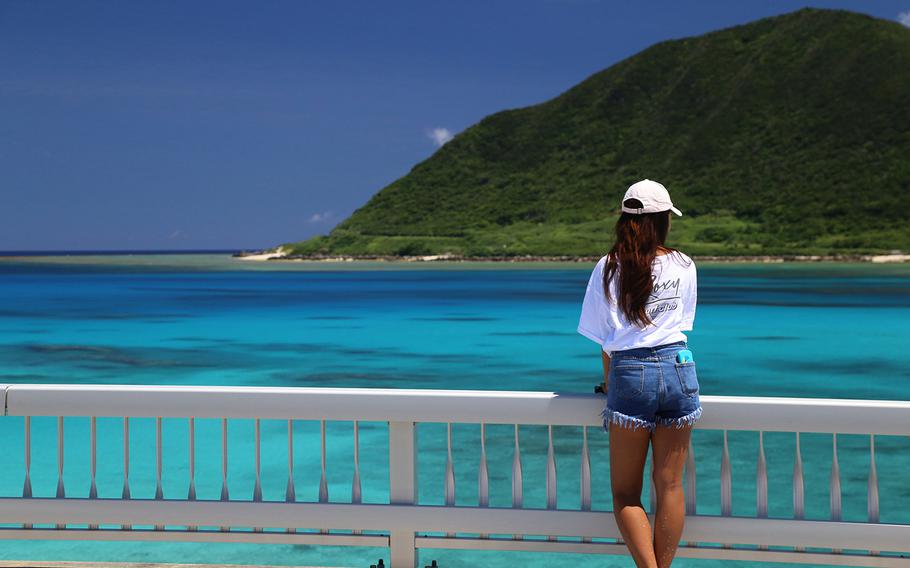 Buy Photo
Iheya Island, about 80 minutes by ferry from Motobu Port, Okinawa, offers a low-key island ambiance without an abundance of tourists. (Aya Ichihashi/Stars and Stripes)

Since making Okinawa my home in 2007, I have visited more than 20 islands within the archipelago.

Iheya Island is most definitely in my top three. I enjoyed it so much from the first visit that it became my summer routine to grab my snorkeling gear and hop on the ferry to Iheya.

The island, population 1,200, is about 80 minutes by ferry from Motobu Port. The fare is around $47, about the same as the fare to the Kerama Islands, the most popular tourist destination in Okinawa.

Contrary to the Keramas, Iheya Island is much quieter, with no sign of overtourism. I enjoy the slow-paced island ambience there.

Due to the ferry schedule, booking an accommodation is a must. Dining options are very limited on the island, so it is better to choose a place that offers breakfast and dinner. I chose Nishie Hotel, which has amazing meals. Also, it’s equipped with a launderette so I could wash and dry my ocean gear daily.

It is best to reserve a rental car from Iheya Rental or simply bring your vehicle on the ferry. I reserved a mini-van and ended up breaking down in the middle of Noho Bridge.

During that part of the island experience we got to interact with locals who stopped to help us. That made our trip even more memorable.

As an avid snorkeler, I swam in countless places and let me tell you, Iheya’s oceanfront is over the top.

All the amazing coral reefs are accessible from the beach, but be mindful of the tide, current and wind directions, and don’t forget a flotation device as the ocean can be tricky.

My favorite site is near Yonezaki Camping Ground. Yonezaki Beach offers a glimpse of a breathtaking undersea world with its layers of table corals, colorful branch corals and so many varieties of fish.

It is best to swim at high tide to protect the corals and yourself. Noho Bridge is near the camp site and it connects Iheya and Noho Islands; the view from the bridge is simply gorgeous.

My friends and I swam all day, then enjoyed sunset at the beach, which becomes a natural planetarium. In the pitch darkness, we saw a billion stars across the sky, a sight not easily available in an urban lifestyle. We were speechless and just stood there to seize the moment.

I chose the new moon period to photograph the Milky Way. I picked Nento Hiramatsu pine tree park and Yonezaki campground to shoot the photos. Nento Hiramatsu is about 300 years old and a national natural monument.

We also visited Kumaya Cave on the north side of the island, and it was a quite an experience. The cave is slightly difficult to enter as the entrance is super narrow with a sharp rock surface.

Inside the cave is dark and quiet. Natural light enters through a crack in the ceiling; we knew we were at a sacred place. According to Japanese mythology the cave is said to be where Amaterasu, the goddess of the sun, hid herself.

Iheya offers absolute beauty and helps you to reconnect with nature. It will recharge your tired mind and body and fill you with unforgettable memories and laughter.

Directions: Iheya is an 80-minute ferry ride from Motobu Port. The roundtrip fair is 4,720 yen for ages 12 and older; 2,360 yen for ages 6 to 11. No public parking is available at Motobu Port. Private parking near the port is 700 yen per day.

Food: Several diners and a few small grocery stores are available on the island but be mindful not to clear the shelves as supplies are limited.