Harput Restaurant in Wiesbaden kicks Turkish up a notch 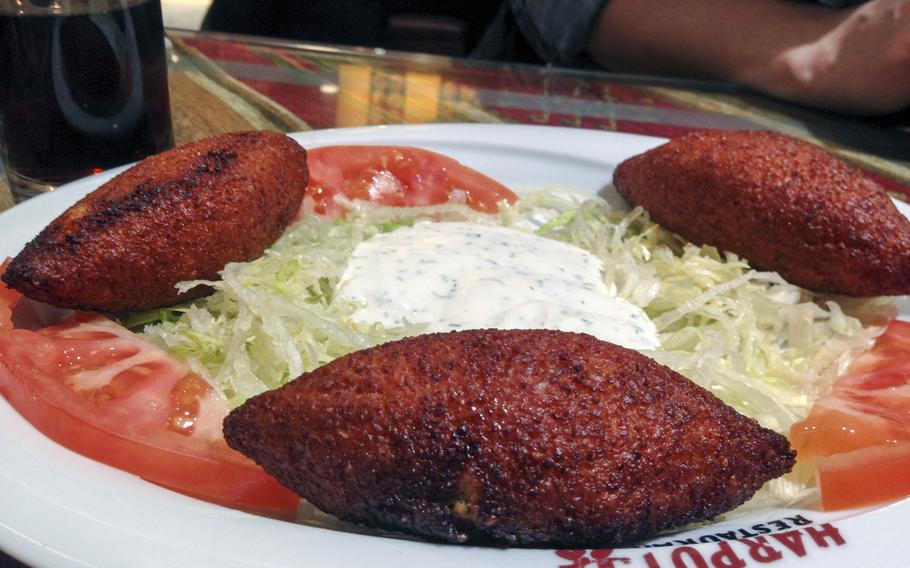 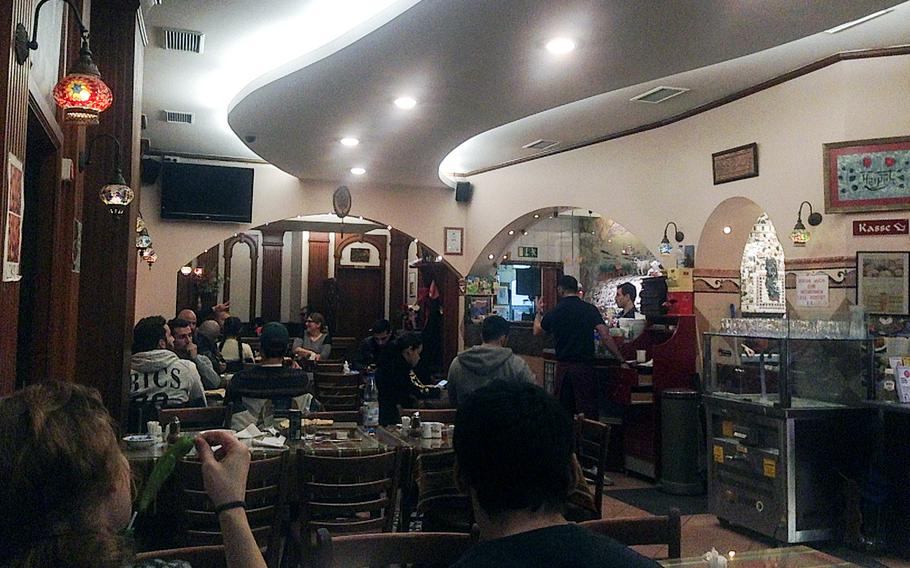 Buy Photo
The interior of Harput Turkish Restaruant in Wiesbaden, Germany, including the kitchen area at right, which is in plain view of diners. The restaurant was busy even on a Tuesday night, and offers a takeaway service as well. (Dan Stoutamire/Stars and Stripes) 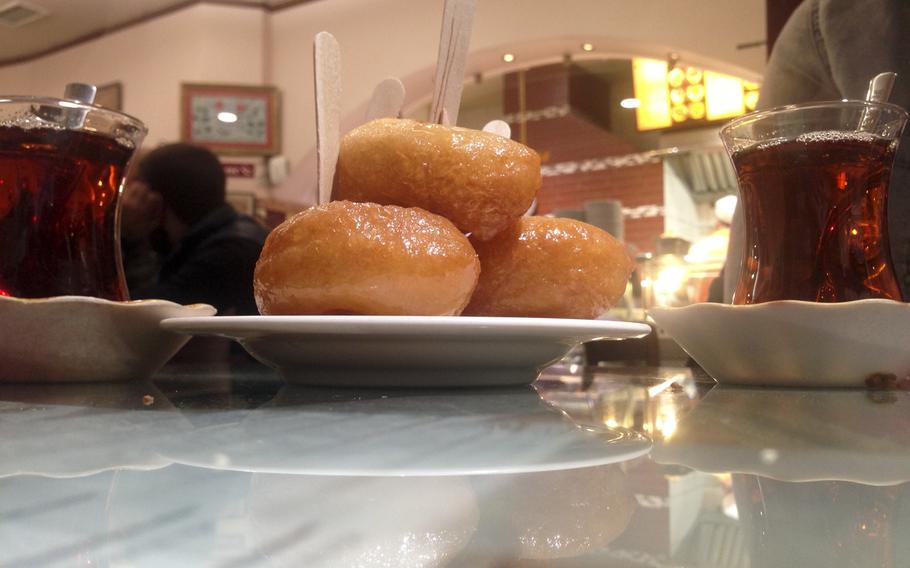 Buy Photo
Harput Turkish Restaurant in Wiesbaden, Germany, offers for dessert a stack of lokma - a Turkish delicacy similar to a fritter, glazed with a sweet syrup - and chai tea. The lokma and tea are complimentary. (Dan Stoutamire/Stars and Stripes)

For Americans living in Germany, doner kebabs from small shops and stands can be a revelation. Harput Restaurant, in downtown Wiesbaden, takes that model and dials it up a notch.

From 7 a.m. until past midnight daily, the restaurant’s stone ovens and grill produce outstanding Anatolian cuisine, from a simple kebab to a family-style chicken and rice meal to little deep-fried ovoids of perfection, known as lokma.

Even on a Tuesday night, the large dining room was packed, so making reservations is advisable, especially on the weekend. The food is prepared in the open kitchen, which is part of the dining room.

There are no English menus, but there are pictures of most of the dishes on the extensive menu. The main ingredients of Turkish cuisine are lamb, rice, bread and spices. Turkish flatbread daubed with olive oil is complimentary, and delicious.

To drink, I ordered ayran, a cold yogurt concoction that’s considered a national drink in Turkey. It’s tasty, but thick and a little sour, so I would recommend ordering water to drink alongside.

Probably my favorite dish was an appetizer called icli kofte, which was a bit like a football-shaped hush puppy filled with minced beef, vegetables and just the right amount of spices.

For the main course, my friend and I ordered a chicken durum, grilled chicken and vegetables inside a warm flatbread; and a shish kebab, or grilled lamb over rice with a salad. Both were excellent, and it was easy to tell the meat had just been cooked over an open flame.

For dessert, the restaurant offers, for free, the aforementioned lokma, this version being a sort of fritter covered in a sugary syrup. They come with hot tea — just right for after a big meal.

Menu: German and Turkish, but pictures of most items are on the menu and wait staff are patient with non-German speakers. The restaurant also packs orders to go.