Calling all music lovers: Fests worth traveling to in 2023 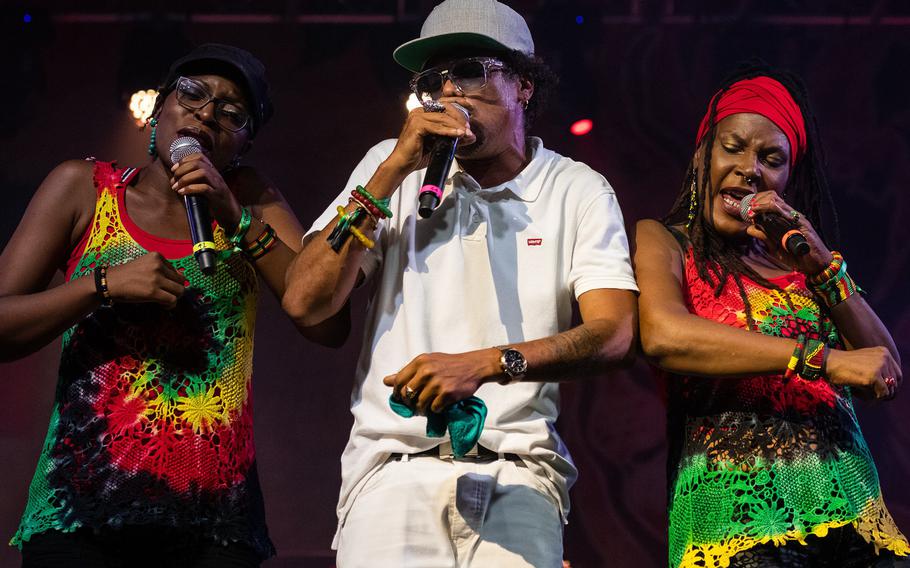 The Rototom Sunsplash festival in Spain’s resort town of Benicàssim welcomes campers and gets underway in August. (rototomsunsplash.com)

From seeking thrills to exploring new cultures, there are endless good grounds for travel. Yet another good reason to hop a plane or train and travel afar is to immerse oneself in days and nights of nonstop music. And for just about every genre out there, there’s a festival, showcasing not only top artists but up-and-coming talents and acts that have that certain knack for moving whatever audience they happen to play for. As attending such a multi-day music festival requires not just entry tickets but transportation and a place to stay, advance planning of the logistics is never a bad idea. Here are just a handful of events to inspire travel all for the love of music in 2023.

The resort town of Benicàssim, just north of Valencia on Spain’s Costa Azahar, offers just the sort of beachy vibe required by a reggae fest. The Rototom Sunsplash festival debuted in Italy in 1994 but relocated to Spain in 2010. Plenty of space for camping out is one of the major draws to this festival which typically attracts more than 200,000 visitors per edition. A host of daytime activities, from dance lessons to workshops, as well as serious debate over the global challenges we face collectively, ensure the festival is attractive to a wide audience. Headline artists for 2023 have yet to be announced. The festival takes place Aug. 16-22. Tickets for all days were going for 150 euros at the time of this writing, plus an additional 50 euros for a camping pass. Concertgoers ages 12 and under, as well as those over the age of 65, enter for free. Online: rototomsunsplash.com

Each year in August, the small town of Notodden in southern Norway’s Telemark region transforms itself into a mecca for blues fans from around the world. Churches, restaurants and public spaces turn into venues for concerts, workshops and band camps, and blues cruises are offered on the nearby Heddalsvannet Lake. Each year’s lineup of the Notodden Blues Festival features some big names; in 2023, headliners announced thus far include Beth Hart and Vanessa Collier. The festival unfolds on Aug. 4-7. Festival passes cost 2350 Norwegian Kroner, about $238. Online: bluesfest.no

Alternatives: The Sierre Blues Festival in Sierre, Switzerland will take place June 15-17; the Puistoblues Festival in Järvenpää, Finland is scheduled for June 29-July 3.

Since 1967, many of the world’s most renowned musicians have been coming to the shores of Lake Geneva to play at one of the most respected and famous of all events of its kind, the Montreux Jazz Festival. Each year, some 250,000 spectators come to enjoy the up-close-and-personal feel of the performances along with superb acoustics. While jazz, soul and blues lie at the roots of this event, other styles are warmly welcomed, and many performances are given by artists presently dominating the airwaves. In addition to the ticketed concerts, attendees can enjoy around 250 workshops, talks, jam sessions, pool parties, all-night electro events and other activities completely free of charge. Over 50 bars and snack stand ensure no one goes hungry. Although camping is not allowed on the festival grounds, several nearby campgrounds cater to concert-goers. The line-up for the festival’s 57th edition, which runs June 30-July 15, will be announced in early spring. Online: montreuxjazzfestival.com

The Rudolstadt Festival, Germany’s largest festival for world, folk and roots music, distinguishes itself by the astonishing variety of its programming. For four days, 150 bands and solo artists delight with some 300 performances that might include anything from Turkish techno-trance to Inuit vocals. More than 20 stages sprawl across this small city on the banks of the Saale River in Thuringia. Buskers are also welcome to perform. Each year the festival showcases the music and dance style of one particular country; in 2023, Cuba basks in the spotlight. Other elements of the event include the presentation of music awards, dance workshops, an instrument makers’ center, exhibitions and a two-day children’s festival. The main festival takes place July 6-9; tickets go on sale Feb. 1 and will cost 120 euros, tickets with camping included start at 150 euros. Online: rudolstadt-festival.de

The seaport town of Lorient, in the region of Brittany in northwest France, is home to the Festival Interceltique de Lorient. The festival, first held in 1971, nowadays attracts some 700,000 people over its 10-day run. Many of the attendees themselves hail from the Celtic nations including Brittany, Ireland, Scotland, Cornwall, Wales, Galicia, Asturias and elsewhere, who come to take in not only the sounds but also time-honored cultural traditions. The festival takes place at venues spread throughout the town. Annual highlights include a traditional Breton seafood supper, the Grand Parade of Celtic Nations and the National Bagadoù Championship finals. “Nuits Magiques” are nighttime displays of pipe bands, dancers, choirs and fireworks. A Celtic village offers food, literature, clothing and handicrafts. The festival runs Aug. 4-13 in 2023. Online: festival-interceltique.bzh