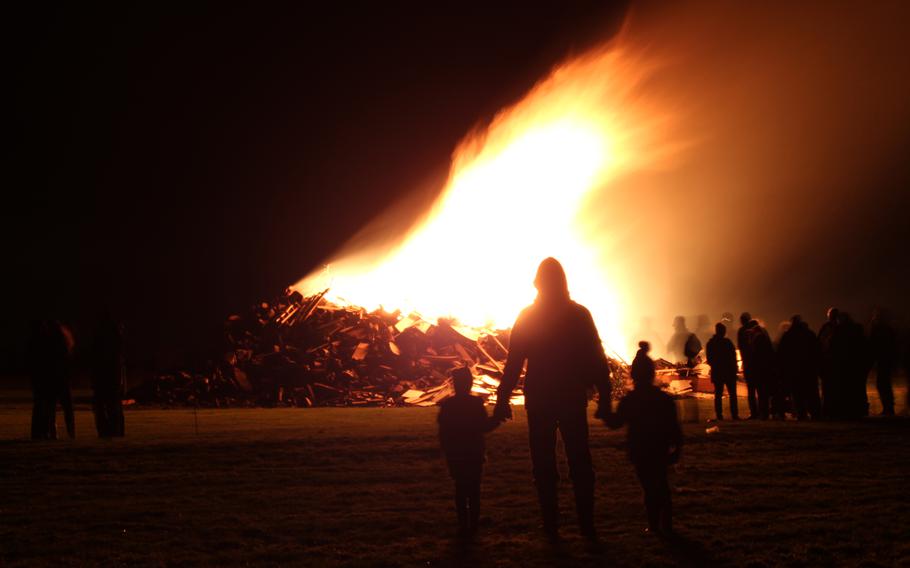 Guy Fawkes Day is an unofficial holiday in England. It’s celebrated with fireworks, community gatherings and traditional fare on or around Nov. 5.  (iStock)

The month of November has plenty of wonders in store for Europe’s residents, particularly its younger ones and those who take delight in the magic of bonfires, flickering lanterns and animals with roles to play in centuries-old festivities.

Children throughout England look forward to Guy Fawkes Day, celebrated with fireworks, community gatherings and traditional fare on or around Nov. 5. The non-official holiday recalls an incident that occurred back in 1605, when a small band of men hatched a plot to assassinate King James I and government officials by setting explosives alight in the cellar of the Parliament building in London. The source of their anger at the king was his refusal to grant greater religious tolerance to the Catholic population.

Guy Fawkes, one of the five main conspirators, was caught on the evening before the plan was to be set in motion. The 36 barrels of gunpowder and matches found in his pocket made the plotter’s intentions irrefutable. Fawkes was caught, tried, convicted and hanged. Parliament declared Nov. 5 a national day of thanksgiving, and celebrations have been held on or near the date ever since.

Those based in England shouldn’t have to look far to find a local celebration of the day, which is likely to take the form of a towering bonfire, fireworks display and a fun fair-like atmosphere. Many public events will charge a modest admission, which is likely to go toward a charitable fund of some sort. Don’t miss sampling the date’s traditional dish, sausages known as bangers. Here are a few places to get into the spirit of the occasion:

For children in many parts of Germany, St. Martin’s Day is a day of wonder. The unofficial holiday, celebrated on or around the saint’s feast day on Nov. 11, is marked by parades in which kindergarteners and primary schoolers take part, proudly sporting the paper lanterns they’ve so diligently crafted. The parades will often incorporate a portrayal of the deed for which St. Martin is most famous: on a cold winter’s night, Martin, a young soldier at the time, encountered a freezing, sparsely clothed beggar by a city gate. With a swift cut of his mighty sword, Martin split his cloak in two and gave half of it to the beggar.

Many predominantly Catholic communities host parades and re-enactments in honor of St. Martin. Those unable to find local festivities could make way to Heidelberg on Nov. 6, where the tradition will play out from 5 p.m. on the St. Anna-Gasse in the Old Town. After the procession has made its way to the nearby Kornmarkt, the legend of the sharing of the cloak will be performed on stage and St. Martin’s baked goods will be handed out to the kids. Online: tinyurl.com/e3h7mbt8

In parts of Austria and the German state of Bavaria, a handful of communities pay homage to St. Leonhard, whose feast day is celebrated Nov. 6. The 6th-century Frankish saint, one of the most venerated saints of the late Middle Ages, is considered the patron saint of prisoners, women in labor and cattle suffering from diseases.

One of the largest celebrations in his honor takes place in Bad Tölz, a spa town some 30 miles south of Munich. In the early hours of Nov. 7, decorated horse-drawn carriages occupied by pilgrims in festive clothing will make their way from the city center to Calvary Hill as part of the procession known as the “Tölzer Leonhardifahrt.” Following Holy Mass, the procession will return to town. In the early afternoon, boys and young men from Bad Tölz and the surrounding towns will perform a ritual with their whips. As evening draws near, the strains of brass band music will signal the end of another year’s celebrations. Online: toelzer-leonhardifahrt.bayern

The town of Benediktbeuern holds its pilgrimage on Nov. 6. At 9 a.m., about 50 festively decorated carriages and men on horseback will make their way from the village center to the monastery. There, more than 200 horses, along with numerous pilgrims, will receive a priest’s blessing. At 10 a.m., a special pilgrim’s service will be celebrated inside the basilica. Following the blessing, the carriages, alongside local residents wearing their traditional finery, return to town. Benediktbeuern is located about 30 miles northeast of Garmisch-Partenkirchen. Online: benediktbeuern.de/english/st-leonhard