These festivals give pop culture fans a chance to mingle 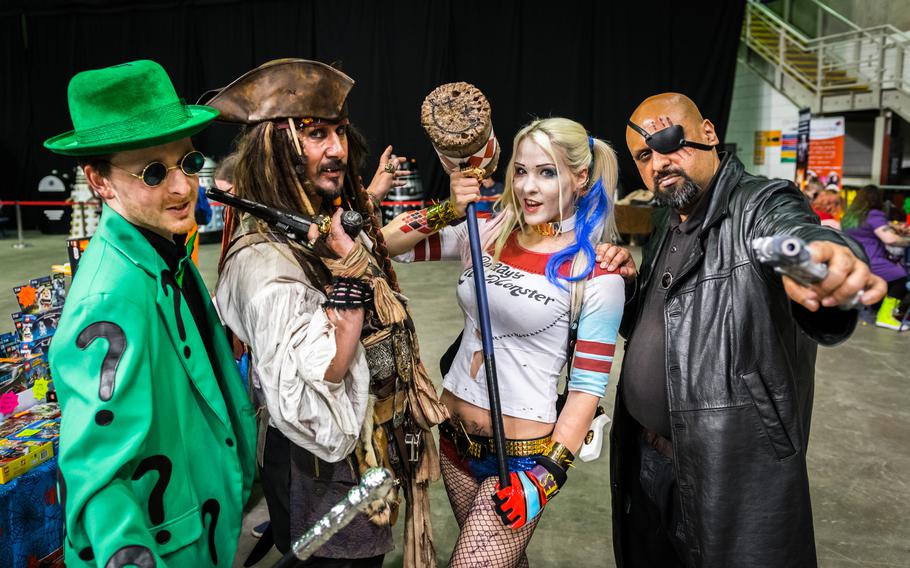 Opportunities for cosplay on the Continent abound this fall. (iStock)

Many festivals and events staged throughout Europe have an almost folksy appeal and often allude to pivotal moments centuries ago. Worlds apart from these bastions of tradition, happenings anchored firmly in the present remind us the global reach of popular culture. Plenty of chances to catch up with the latest screen and video stars, authors, artists, producers and other personalities of the moment are there for the taking when you know where to look for them.

On Sept. 24-25, fans of comics, games, films, TV series, cosplay, board games and other pop culture phenomena will be drawn to two festivals staged under the same roof in Brussels, Belgium. The Heroes Comic Con is dedicated to American and European pop culture, whereas Made in Asia pays homage to the phenomenon’s Asian counterpart.

The Heroes Comic Con offers chances to buy themed merchandise, play games, take part in Q&A sessions, meet the authors and artists behind the comics, and cast eyes upon the screen idols of some of today’s most popular series. For an extra fee, it’s also possible to arrange photo ops with the stars present. Actors scheduled to appear this year include Caleb McLaughlin, Alyssa Milano, Matt Smith, Emily Swallow, Dan Fogler, Sarah Rafferty and Andy Serkis.

Cosplay activities include on-stage competitions for groups and singles, and all have the chance to strut their stuff on the catwalk. Made in Asia’s offerings include a Korean village with K-pop, cooking demos, tattooing, an origami workshop, and introductions to games such as Mahjong and Go.

The convention takes place at the Brussels Expo at Place de Belgique. A number of ticket options are available. The cost of a single-day ticket begins at 18.50 euros for a Sunday visit when purchased online in advance. Tickets at the door will also be available, but expect them to cost considerably more. Online: heroescomiccon.be

The EGX London is a major trade fair for the gaming industry and the place for lovers of all kinds of video games. In addition to trying out the newest titles, visitors can attend panel discussions, enjoy cosplay shows, play on old machines in a retro area and experience augmented reality sports. Those in search of a career in the industry can find professional advice here.

The EGX takes place at ExCeL London through Sept. 25. Various ticket options are available, including a single-day ticket at a cost of 26 UK pounds. Online: egx.net

Gamers based in Italy might wish to make their way to the Milan Games Week & Cartoomics, Italy’s largest fair dedicated to gaming, esports and pop culture in all its forms from comics, fantasy fiction, role-playing and board games to cinema, entertainment and cosplay. The event will take place at the Fiera Milano Rho Nov. 25-27. Online: milangamesweek.it

The Raindance Film Festival, the UK’s largest independent film festival, gives cinema fans the chance to be among the first to view what just might become the next cult classic. “Pulp Fiction,” “What’s Eating Gilbert Grape” and “The Blair Witch Project” are just some of the American films to have premiered here over the years.

The Frankfurter Buchmesse, or Frankfurt Book Fair, is billed as the world’s largest book fair. This important meeting place for authors, content creators and publishers will open its doors to the public on the last three days of its run.

From Oct. 21-23, visitors can peruse thousands of titles, including many books in English, along with a wealth of educational materials in printed or digital form. Each edition features a country as Guest of Honor; this year, Spain is welcomed. Note that sales of books are only permitted on the final Sunday of the event. Adult single-day tickets go for 25 euros when purchased online in advance. Online: buchmesse.de