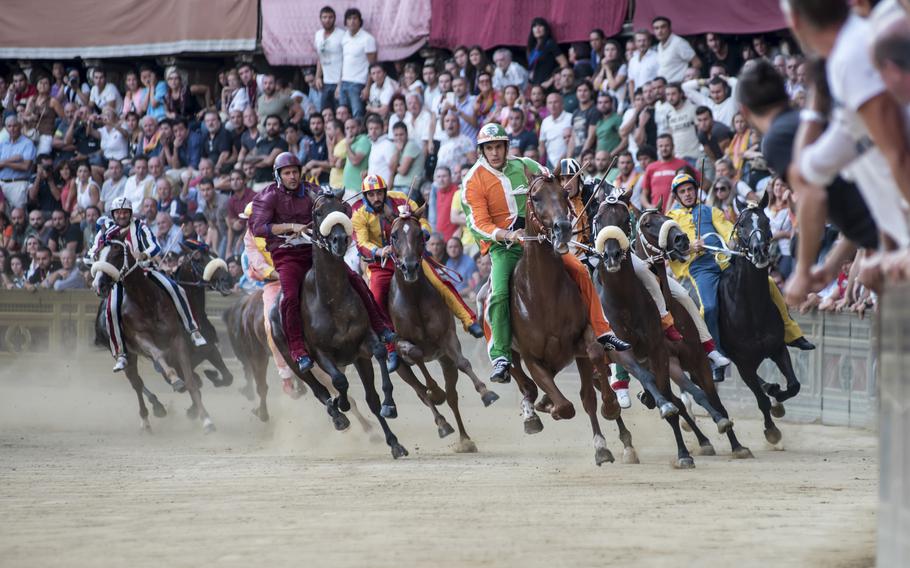 Most everyone loves a summer day, and despite the heat they must often endure at this time of the year, the Italians are no exception to the rule. Full-on vacation vibes pulse at fever pitch in mid-August, when two great popular holidays signal high season has reached its sizzling peak.

The first occasion for celebration is the Feast of San Lorenzo, traditionally marked on the night between Aug. 10 and 11. Lorenzo counts among one of many saints with an extraordinary backstory. Born around 225 A.D. in Spain, it was there he made the acquaintance of the man who was to become Pope Sixtus II. Upon the latter’s election as Pope in the year 257, Lorenzo was ordained as a deacon and soon thereafter appointed first among the seven deacons who served in the cathedral church. Among the duties entrusted to him were custody of the church’s wealth and the distribution of alms to the poor.

In 258, the Emperor Valerian issued an edict condemning all bishops, priests and deacons to death. While Pope Sixtus II was executed immediately, Lorenzo requested and was granted a short reprieve in order to gather up the church’s assets. Within a few short days, he had given away much of the church’s fortune to the most destitute and ailing. When ordered to bring forth the church’s treasure, he presented the wretched masses, ascertaining that they represented the true wealth of the church. This so angered the prefect that he sentenced Lorenzo to a particularly gruesome end, that of being roasted alive on a gridiron above burning coals. The way in which the saint achieved his martyrdom earned him the patronage of bakers, chefs and firemen.

The Aug. 10 date of the feast of San Lorenzo coincides with another phenomenon. Around this time of year, the earth passes through a meteor stream known as the Perseids. Those who cast their eyes up to the nighttime skies are often rewarded by a glimpse of one or several shooting stars. In Italy, as elsewhere, such sightings are seen as an occasion for making wishes.

While gazing skyward is a traditional activity that can be enjoyed almost anywhere, there are other ways to mark the occasion. Florence fetes San Lorenzo, one of its two patron saints, throughout the day. Celebrations kick off at 9:45 a.m. with the Historical Parade of the Florentine Republic, in which costumed participants march from the Palagio di Parte Guelfa and through the neighborhoods surrounding the Basilica of San Lorenzo. The Piazza San Lorenzo comes alive again in the early evening, when a free communal meal of lasagna, followed by watermelon, is served, and the sound of live music rings out. Online: tinyurl.com/2rrerh2j

When it comes to places to seek out stars, those in Naples are spoiled for choice. Within the city itself, the area near the Astronomical Observatory or the palace grounds of Capodimonte are popular options, as is the viewpoint of San Martino on Vomero. Those willing to venture further afield seek out beaches with as little light pollution as possible; good examples of such are those between Pozzuoli and Monte di Procida, including Bacoli and Baia, or near the shores of the volcanic crater lake known as Lago d’Averno. On the night between August 9 and 10, the Nabilah Beach near Bacoli traditionally organizes a bonfire accompanied by music, artistic installations and a midnight swim.

Elsewhere in Italy, wineries that are members of the Movimento Turismo del Vino, or Wine Tourism Movement, are just the place for wining and dining beneath the stars. The nonprofit association organizes events throughout the year; one of its most popular initiatives is “Calici di Stelle,” or Goblets of Stars. On the night itself and through Aug. 15, many of the country’s leading wineries invite lovers of the bounty of the grape to linger late into the night in vineyards, village squares and wine taverns while sampling the best of local varieties. See a list of participating wineries online at tinyurl.com/374npjvs.

Following on the heels of San Lorenzo is Ferragosto, a legal holiday throughout the land. While originally the August 15 date was celebrated by Christians as the day of the Virgin Mary’s Assumption into the sky, nowadays it’s better known as the date kicking off a period in time when city dwellers flock to vacation hotspots in droves. While official governmental entities such as offices, post offices, banks and educational institutions will be closed, most museums, cultural attractions and leisure facilities will remain open.

One of the most traditional activities this season is to watch the famous Palio di Siena, a horse race that takes place on Siena’s Piazza del Campo twice annually; once on July 2 and again on Aug. 16. Ten riders representing various districts of the idyllic Tuscan town take three fast laps through the square, which has been covered with soil for the occasion. The first horse to cross the finish line wins the race, with or without its rider still managing to cling onto its bare back. The race is preceded by a historical parade that gets underway shortly after 3 p.m., and the race itself takes place at 7 p.m. While it costs nothing to view the race from the central area of the piazza, tickets are essential for access to grandstand or balcony seating. Another option is to attend one of the race rehearsals held Aug. 13-15. Online: ilpalio.org/palioenglish.htm