Royal residences beckon to tourists eager for a glimpse of opulence 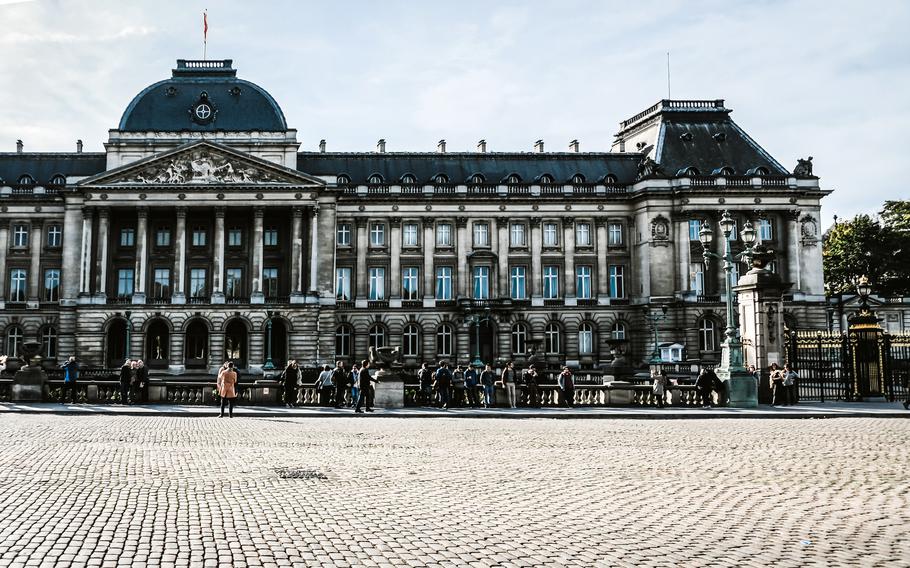 Belgium’s Royal Palace of Brussels opens its doors to the public through the end of August. (iStock)

According to World Population Review, there are 12 monarchies in Europe, 10 of which are led by a royal family. Of course these royal families — fixtures of life in Belgium, Denmark, Liechtenstein, Luxembourg, Monaco, Netherlands, Norway, Spain, Sweden and the United Kingdom — possess a wealth of stunning properties, from palaces that serve as stages for meeting heads of state and other dignitaries, to past or current residences at which the privileged classes rest and play. In countries such as Spain and Monaco, it’s possible to visit these lavish premises year round; in other nations, such properties are open for a limited time only, generally during the latter half of the summer season. Here are some posh palaces sure to inspire your next home redecorating projects:

Brussels, Belgium: As per tradition, the Royal Palace open its doors to the public immediately following Belgium’s national holiday on July 21 and remains open until the tail end of August. The palace’s rather austere façade belies a sumptuous interior housing an art collection brimming with master works from throughout the world. Visitors will see the historic salons in which the King and Queen receive their guests along with a meticulously landscaped garden.

In 2022, an additional three exhibitions can be taken in. In the Throne Room, the busy working life of the well-regarded King Baudouin, king from 1951 through 1993, is brought to light. The Mirror Room offers a glimpse of eco-friendly urban living in the future, shown in a small scale through the magic of LEGO bricks. In the Large Gallery, the “Ensuring the Future” exhibition highlights current scientific projects to tackle concerns from global warming to collisions with asteroids.

The palace is open daily except Mondays through Aug. 28. Entry is free, but advance booking of a date and time slot is essential. Online: brussels.be/visit-royal-palace

London: The dazzling state rooms of Buckingham Palace are revealed to the public for around 10 weeks starting in late July. The home of The Queen and backdrop to the Changing the Guard ceremony has another jewel in its crown in 2022: it’s been the focus of the Platinum Jubilee celebrations, marking Queen Elizabeth II’s unprecedented 70 years on the throne.

Through Oct. 2, visitors can thrill to the sight of these posh premises brimming with paintings, porcelain and sculpture. Highlights include glimpses of the Throne Room, used for court ceremonies, the White Drawing Room, where the royals gather before making their appearances at official functions, and the Music Room, where the Queen’s eldest three children were christened.

Each year, a special exhibition is organized; this year, The Queen's accession to the throne in February 1952 is highlighted. Portraits from which the Queen’s image used on stamps was taken and the tiara presented by Queen Mary on the occasion of her granddaughter's marriage to Prince Philip in 1947 are just a couple of the objects displayed.

Luxembourg: In the latter part of summer for five weeks only, the official city residence of the Grand Ducal family opens its doors to visitors. Tours of the elegant property in the heart of the Old Town lead guests past notable works of art and through the official reception rooms. Visitors emerge with a clearer picture of what happens behind the scenes in the well-heeled Duchy and learn much about the history of the tiny nation.

The Grand Ducal Palace can only be visited as part of a guided tour that lasts an hour and 15 minutes, available through Aug. 31. Tickets can be bought from the Luxembourg City Tourist Office located in Place Guillaume II or online. These go for 15 euros for adults and 7.50 euros for children ages 4-12 and are free for those 3 and under. The tours are offered on the hour from 9 a.m.-5 p.m. daily except for on Wednesdays, when they begin at noon. Ticket sales support a charitable foundation of which the Grand Duke and Grand Duchess are patrons. Online: monarchie.lu/en/visit-grand-ducal-palace

Vaduz, Liechtenstein: While the castle belonging to the royal family of Europe’s fourth-smallest nation is never open to the public, there’s one day a year when all are invited into its stunning gardens.

On the occasion of Liechtenstein's National Day, celebrated each year on August 15, it’s time for friends and family to reunite and visitors to imagine what life might be like in this diminutive Alpine land. Festivities kick off on the lawn adjoining Vaduz Castle with speeches by Hereditary Prince Alois and the President of the Parliament, usually followed by an “apero” reception hosted by the princely family. (As construction is taking place in the area where this event takes place, this part of the festivities is canceled in 2022.) At 2 p.m., celebrations begin in Vaduz’s city center. Once the roads have been closed to traffic, street vendors and carnival barkers set up their shops, booths or other attractions. The evening traditionally ends with a torchlit procession and a grand display of fireworks at 10 p.m. Online: tinyurl.com/ysfmna6u