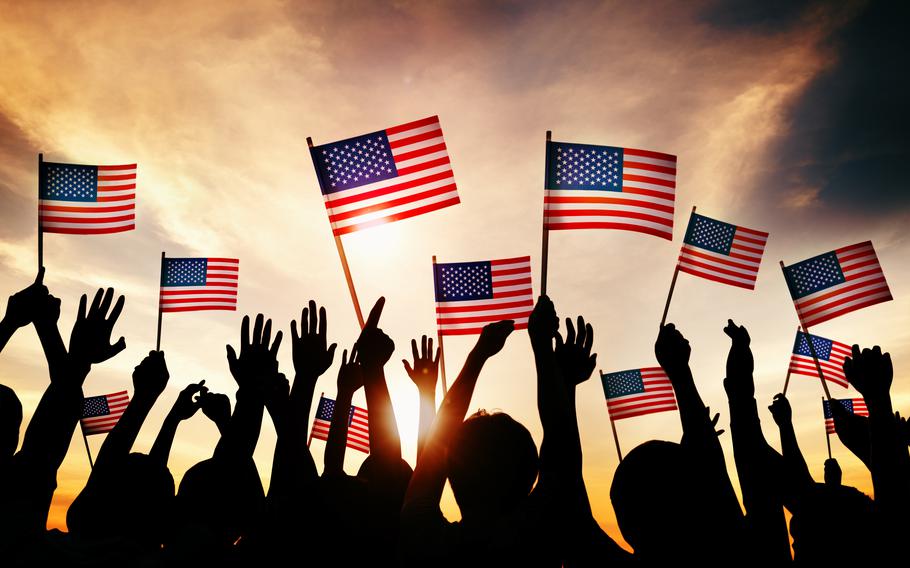 Those with unhindered access to U.S. military bases overseas are often treated to Independence Day celebrations quite similar to those enjoyed by their stateside counterparts, and after a two-year pause in large-scale gatherings, celebrating the birth of our nation is bound to feel pretty wonderful. In addition to festivities inside the gate are found a handful of events that unite not only Americans but those from host nations and all others with a heart for our homeland.

Rebild, Denmark: In what is probably the largest fourth of July celebration outside the USA, thousands of Americans and Danish citizens come together in the Rebild Bakker, or Rebild Hills, to mark the day. Much credit for the event goes to Max Henius, a Danish immigrant who visualized a mutual celebration of those from the land of his birth together with those from the land where he made good. To this end, in 1910, Henius bought nearly 200 acres of land with funds he had raised from his fellow Danish-Americans. The parcel of heather-covered hills in a woods south of Aarhus was given to the Danish king under the condition that the land would be used for Independence Day celebrations in perpetuity. The first Rebild celebration took place in 1912, followed by another in 1914, and has been held ever since, except for in times of war. Through the years, many VIPs and notables have attended the event, from Richard Nixon to Walt Disney. The gathering slated for 2022 is special in that it will be the hundredth time the event takes place.

Attendees can expect a mix of events both fun and serious, from swaying to the sounds of a bluegrass band from Kentucky to listening to keynote speakers. Amongst this year’s guests of honor is no less than H.M. The Queen of Denmark, the patron of the Rebild Society.

One particularly cherished aspect of the celebrations is the annual luncheon held under a tent. There’s no special invitation needed to join in the festivities; tickets are, however, a must. Entry to the site where the celebrations take place costs 100 Danish Krone, about $14.25, and can be ordered online. Tickets to the luncheon, along with site access, go for 441 DKK. The celebration takes place from 3 to 5 p.m. July 4 at Rebildvej 31, 9520 Skørping. Online: rebildfesten.dk

London, England: The Benjamin Franklin House invites expats and locals alike to celebrate the long 4th of July weekend at the former residence of one of the U.S.’ Founding Fathers. From noon to 5 p.m. through July 3, visitors can experience the house decked all out for the occasion. The “Historical Experience” offered on Saturday and Sunday sheds light on the 16 years Franklin spent in London on the cusp of the American Revolution. From noon to 4:15 p.m. Monday, July 4, the house will be transformed into a stage for a drama recounting Franklin’s activities in London just prior to the Revolution. Tickets for the weekend events go for 7.50 UK pounds (about $9.20), whereas the entry to the Monday show costs 9.50 GBP. The Benjamin Franklin House is located at 36 Craven Street, London, WC2N 5NF. Online: benjaminfranklinhouse.org

Alternately, Americans longing for a touch of home might wish to make way to The Blues Kitchen Camden, where U.S. independence is feted with food, drink and live music. Barbeque, buffalo wings and burgers are the order of the day, while the sound of the blues will ring out from 9:45 p.m. Entry is free. While walk-ins are welcome in the bar, booking a table might prove the surer option. The restaurant is located at 11-113 Camden High St, London, NW1 7JN. Online: tinyurl.com/5cded9rj

Killarney, Ireland: The town celebrates its longstanding links with America by hosting a star-spangled festival on July 4. Festivities kick off at 3 p.m. with the raising of the American flag at the town hall and continue along a Main Street enlivened by Hollywood-inspired actors and cowboys as the Statue of Liberty keeps careful watch. Kids can get their faces painted, and soloists and big bands perform throughout town before the main event, a parade that gets underway at 7 p.m. Online: facebook.com/KillarneyJuly4thCelebrations

Wiesbaden, Germany: USAG Wiesbaden hosts a German/American Friendship Fest through July 4 at the Hainerberg Shopping Center on the corner of Berliner and New York Streets. Visitors can enjoy live entertainment, DJ's, carnival rides, games of chance and lots of traditional American and German food and drink.

The fest area is open daily from noon until midnight. Visitors are encouraged to use the city’s nearby public parking areas or better yet, arrive by public transportation. The nearest bus station is Berliner Strasse. Leave large bags at home and carry identification. Local nationals must enter through the New York Strasse gate. Entry is free. On site purchases are to be made in euros. Online: tinyurl.com/yudbk6zj