Relive the Middle Ages at these inspiring festivals 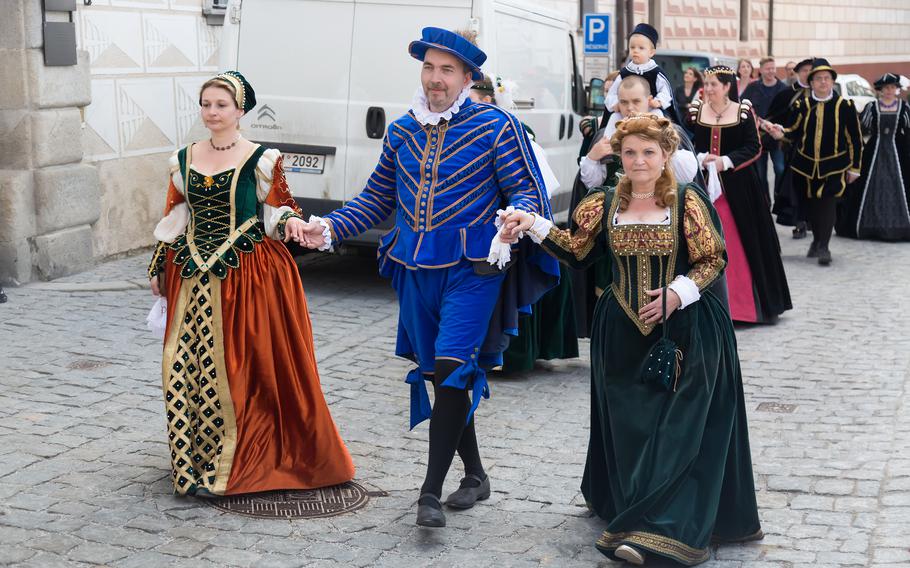 While finding a medieval-themed festival on any given weekend is hardly a dazzling feat when you call Europe home, a handful of such events rise high above the rest. The picture-perfect backdrop of a mighty ancient castle, fortress or other bastion can make all the difference. Here are a few such festivals with settings that very nearly steal the show:

Cesky Kremlov, Czech Republic: The Festival of the Five Petalled Rose transports visitors to the time of the Renaissance and the rule of the Rozmberk line. For three days, the streets of this beautiful South Bohemian town that's made the UNESCO World Heritage List are filled with the din of knights’ tournaments, bustling bazaars, banquets and wandering musicians. The historical procession, which features knights on horseback and people we know from our history lessons dressed in resplendent costumes, is considered a program highlight. Jousting tournaments, period games, fireworks and a chess match consisting of humans as the pieces rounds out the offerings. Festival dates in 2022 are June 17-19. Adult entry costs 350 Czech Koruna (about $14.90) when tickets are purchased in advance or 500 CZK when bought at the door. Children under age 10 enter free. Online: slavnostipetilisteruze.eu

Namur, Belgium: The Citadel of Namur, the Walloon capital city, perches high above the confluence of the Sambre and Meuse rivers. Every two years, the first week of July sees the staging of "Les Médiévales de la Citadelle," an extravaganza of medieval revelry featuring more than 500 artists, storytellers, acrobats and craftsmen from throughout Europe. The Terra Nova visitor center features a reconstructed 14th-century village, dedicated space for jousting and equestrian events, and a crafts market. Tickets to the event, scheduled for July 2-3, are available online through June 19 at a cost of 12 euros adults and 6 euros for ages 6-14; after that, they will cost 15 and 8 euros respectively. Tickets will also be available at the gate, but may sell out if the venue's capacity is reached. Online: citadelle.namur.be

Malbork Castle, Poland: For three days at the end of July, the behemoth Teutonic Malbork Castle hosts a reenactment of a siege it endured centuries ago. Knights' battles, crossbow tournaments, cavalry displays, hands-on activities for children and a medieval marketplace transport us back in time to 1410, when King Wladyslaw Jagiello's Polish-Lithuanian forces besieged the fortress following the Battle of Grunwald. Some 200 costumed reenactors, complemented by horses and replicas of medieval weaponry, take part in the shows. The 2022 edition of the festival takes place July 22-24. Ticket prices have yet to be announced. Online: odkryjpomorze.pl 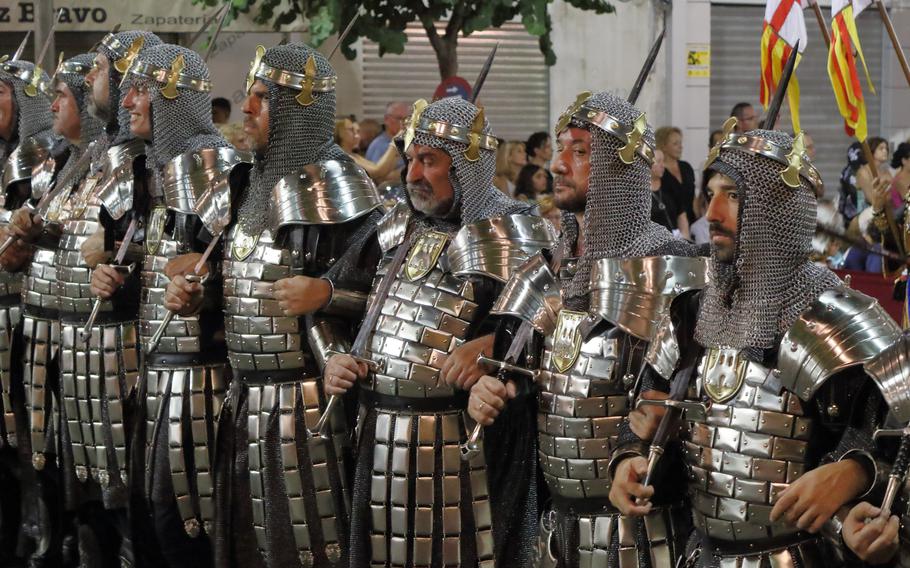 Knights join a street parade in 2019 during a Moors and Christians (Moros y Cristianos) historical reenactment in Spain. (iStock)

Villajoyosa, Spain: Moros y Cristianos is a full week of sound and fury in memory of the repulsion of the Moors in a sea battle that occurred in 1538. According to legend, Santa Marta conjured up a flood that prevented the pirates from entering the town. Pretty Villajoyosa, known for its steep streets running down to the sea and its colorfully painted houses, is a fitting backdrop to parades featuring stunningly costumed reenactors, concerts and fireworks. Sampling local specialties, along with singing and dancing, keep locals and tourists firmly in party mode from dusk to dawn. The festival culminates with a pre-dawn landing of a fleet of ships and the would-be invaders jumping into the sea. Online: associaciosantamarta.org

Manderscheid, Germany: The Niederburg Castle makes a stunning backdrop to this merry meet-up of knights, damsels, artisans, jesters and other colorful characters from the past. After checking out the wares at the marketplace, make way to the ring in which the knights' tournament takes place, or belly up to the bar in the tavern. Mandersheid is a half-hour drive from Spangdahlem Air Base. The festival takes place Aug. 27-28. Online: niederburg-manderscheid.de