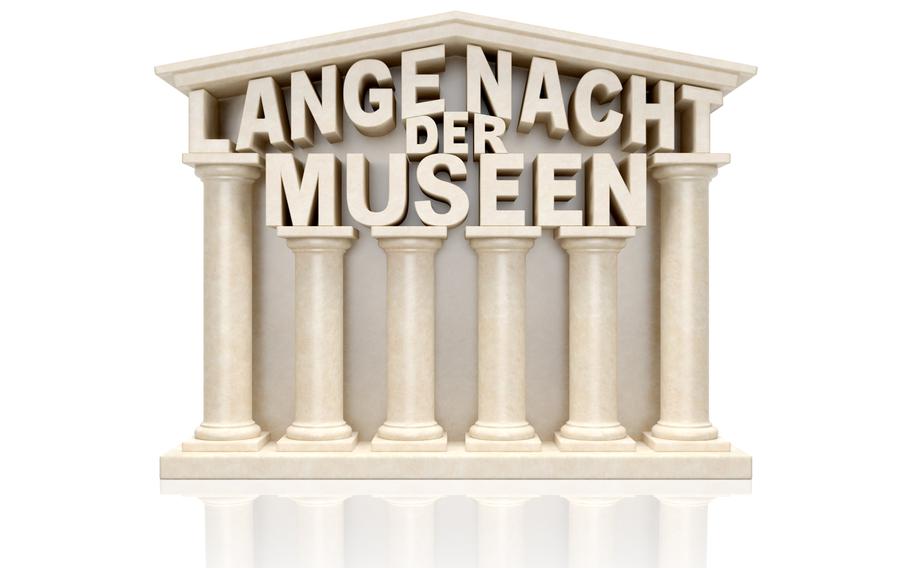 There's something in the air when it comes to museum nights, long nights of culture, or whatever the name might be for an evening when a city's museums, galleries and cultural hotspots keep the lights on late with scintillating programs promising something for everyone. From hitching a ride in a vintage auto to exploring the tunnels of the city's sanitation system, these are evenings destined to be anything but ordinary.

There are two ways to conquer agendas that often brim with so many proposed activities you'd need a month to experience everything. With forethought and careful planning, it’s likely possible to take in three or four shows, exhibitions or participatory activities. As the all-in-one admission ticket is likely to include use of the public transportation system or shuttle service laid on especially for the occasion, getting from point A to B is usually not problematic.

A no less interesting approach to the evening might be simply to wander about, calling in at the best-known venues during off-peak hours, and using the busiest times of the night to explore the more obscure places or venues in outlying neighborhoods. Allowing the evening to unfold as it may is bound to result in new perspectives and perhaps discovery of an artist, skill or phenomenon you never knew existed.

Here's a look at a few such upcoming events and some highlights from their programs.

Paris, France: The French capital is just one of several cities taking part in the European Museums Night on May 14. “Nuit des Musees" promises some 80 museums welcoming visitors from 6 p.m. on. Among the suggestions proposed by the website Sortiraparis are found live music and shows inspired by art and fashion harking back to the Belle Epoche at the Petit Palais, an evening of entertainment and surprises based on the wearing of masks, along with a costume parade, at the Chateau de Champs-sur-Marne, or listening to performances of uncommon instruments at the Paris Philharmonie.

Parisian museums offering free admission on the night include the Louvre, Palace of Versailles, Musee de Quai Branly and many others. Online: tinyurl.com/2p969b6w

Basel, Switzerland: On May 20, 37 venues will open from 6 p.m. through 2 a.m. Highlights of the evening might include viewing a temporary exhibition of the works of Georgia O'Keeffe at the Fondation Beyeler or trying an art project under the guidance of the Museum Tinguely. Other unique experiences available include learning how to write one's name in hieroglyphics at the Antikenmuseum and Sammlung Ludwig, watching an artist sketch to the sound of jazz music at the Cartoonmuseum, or learning about navigation along the Rhine through the ages at the Hafenmuseum.

Tickets go for 24 Swiss Francs, or about $24.72, and are available from noon on the day at a stand set up on Münsterplatz or at many of the participating museums. Those under the age of 26 enjoy free entry. Online: museumsnacht.ch

Stuttgart: On May 21, more than 40 museums, galleries, historical buildings, former industrial sites and other venues offer activities galore as part of the Lange Nacht der Museen. Take in the sight of the industrial landmarks in the freight harbor set to light by means of a cruise, or walk past the works of local artists projected onto containers beside the Neckar. Back in the city center, check out the windowless rooms of the Bunkerhotel as part of a guided tour or listen to the sounds of a Latin American band in the Haus der Musik.

Tickets go for 20 euros for adults or 15 euros for students and are available online in advance or at various points throughout the city on the night itself. Online: lange-nacht.de

Kaiserslautern, Germany: The 20th edition of Kaiserslautern's “Lange Nacht der Kultur” is scheduled to begin at 6 p.m. on June 25. Some 100 live performances and activities await visitors at the 25 participating venues. Some of the evening's best bets might include a live performance by local favorite Djulia in the Pfalztheater or a workshop for DJs at the Friedenskapelle. Those with an inclination toward the unusual might wish to see what the “Night of the White Gloves” in the Pfalzgalerie is all about. Night owls can enjoy the after-hours chill out session at the Fruchthalle.

Tickets go for 14 euros adults and 10 euros for young people; these can be purchased from the tourist office in advance or on the night itself at the Fruchthalle and several other participating venues. A six-euro surcharge applies for the programs that take place after midnight. Online: tinyurl.com/yem6jxr7