Enjoy the flavors of foreign destinations through food festivals 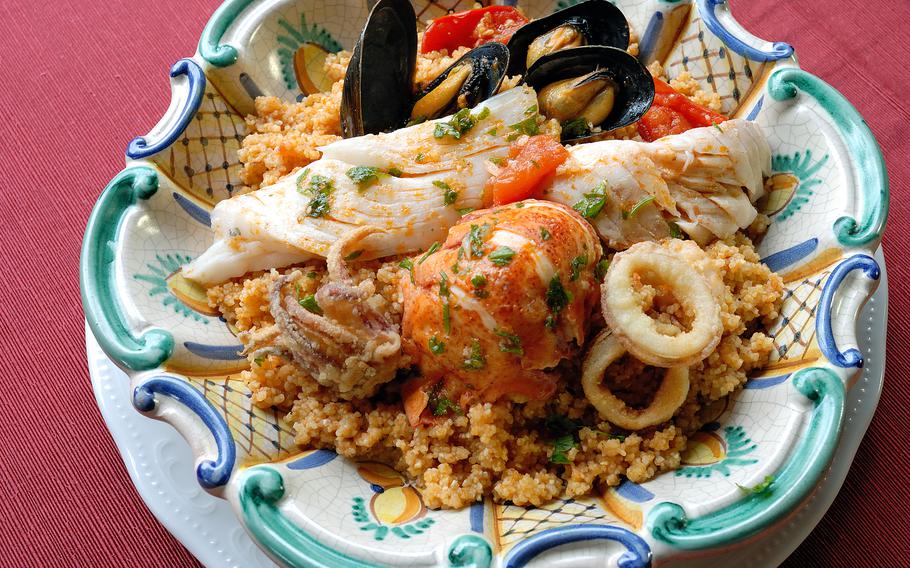 Fish couscous is a typical meal of the province of Trapani, Sicily. Each summer, Trapani hosts a food festival celebrating the flavors of traditions of the Mediterranean. This year, the festival will be held July 27-31. (iStock)

Of the endless types of activities around which to plan a trip, food-related events unfailingly deliver a tasty reason to pack one’s bags and head out to a new or old favorite city. From laid-back affairs celebrating international street foods to those with an air of refinement, here is just a sampling of the culinary events that are set to make a comeback in 2022:

Taste Festivals: A handful of major European cities host events organized under the umbrella term of Taste Festivals. Often held in parks or spacious halls offering protection from the elements, these multi-day affairs see local restaurants plate up a handful of signature dishes in pop-up spaces they’ve designed to reflect their own personal aesthetics. The presence of artisanal producers, wine makers, brewers and top and celebrity chefs, along with other famous actors in the food and beverage industry, is another draw. As Taste Festivals are ticketed affairs, booking entry prior to travel may prove wise. Upcoming events include Taste of Paris at the Grand Palais éphémère May 12-15, Taste of London in Regent’s Park June 15-19, and Taste of Dublin at Iveagh Gardens June 16-19. Online: tinyurl.com/yckbestn

Foodies Festival: What’s billed as the UK’s largest food and drink festival is a series of 12 events in different cities at which locally produced food and drink is served in a relaxed and informal outdoor setting. Key features of these festivals are the various theaters at which chefs and bakers demonstrate their cooking skills, including some of the contestants in the popular Master Chef and Bake Off TV shows. Guided tastings of wine, beer, cider and other beverages are offered in the Drinks Theatre, and kids can learn to cook in the Children’s Cookery Theatre. Live music performed by well-known artists helps raise money toward charities working against homelessness. In 2022, events have been scheduled in Brighton April 30-May 2; Bristol May 20-22; London’s Syon Park June 3-5; Chelmsford June 17-19; Maidstone June 24-26; Tatton Park July 8-10; Winchester July 15-17; Edinburgh Aug. 5-7; Glasgow Aug. 12-14; Oxford Aug. 27-29; Norwich Sept. 9-11 and Exeter Sept. 16-18. Online: foodiesfestival.com

Rollende Keukens: On the long holiday weekend marking Ascension Day, the event whose name translates to Rolling Kitchens sees a convoy of food trucks set up shop at the Westergas, a former gasworks brought back to life as a cultural venue. The informal open-air restaurant that springs to life here offers tastes of the world, from spicy Thai to Texan barbeque. Pop-up bars sell cocktails, smoothies and other warming and cooling drinks. When evening comes, live acts play across several stages. The fest plays out May 25-29. Online: rollendekeukens.amsterdam

Pizza Village: The Caputo Pizza Village is a vast celebration of Naples’ most famous dish. Around 50 of the city’s most renowned pizzerias set up along the Lungomare Caracciolo waterfront serve the famed Margherita alongside other types of pizza. The ten-day celebration runs late into the night, with free shows during the evenings. Special events include the Pizzaiuolo World Championships, master classes, and themed workshops for kids. This year’s edition runs June 17-26. Online: pizzavillage.it

Stragusto: Each year in summer, the Sicilian city of Trapani hosts a food festival celebrating the flavors of traditions of the Mediterranean. Long a cultural crossroads, the city on the island’s northwest coast makes a fitting venue for a fest with a vibe of an age-old marketplace. Visitors can feast on products from all over Sicily, the Italian regions of Tuscany and Puglia, and the near abroad. As the sun sets over the sea, a dedicated wine tasting area becomes the place to be. Stragusto’s 14th edition is slated for July 27-31. Online: stragusto.it/en

Copenhagen Cooking: For ten days in late summer, top restaurants and their talented, innovative chefs show off the best of the Danish capital’s vibrant and rightfully renowned food scene. Unique dining experiences are served up at Israels Plads in the city center, where dinners seat elbow-to-elbow with new friends at long tables and show kitchens provide inspiration for culinary daring-do back home. The show goes on Aug. 19-28. Online: copenhagencooking.com

Gourmet Festival: A long row of white pagoda tents set up along the swanky Königsallee tempt visitors with a range of treats from light finger foods to hearty barbecued meats, perhaps accompanied by a top-quality German wine or a refined cocktail. A truck meadow alongside the canal provides more relaxed dining options. Vendors also offer lots of rare and high-quality products to be taken home. Entry is free. The festival runs Aug. 26-28. Online: gourmetfestival-duesseldorf.de

Kookeet Bruges: The elegant, canal-laced city of Bruges, Belgium makes a charming backdrop to a festival at which some 30 chefs from the city’s top establishments plate up some of their most typical bites. Live cooking demos feature chefs with stars and the highest of accolades. This year’s edition takes place on the grassy lawns of the Grootseminarie Sept. 24-26. Online: kookeet.be

Helsinki Baltic Herring Market: Dating back to 1743, one of Finland’s longest-running public events unites the archipelago’s old traditions with modern food culture. Billed as a sustainable and tasty food choice, herring is the star of the table here, some of which can be procured directly from fishing boats. In addition to fish, visitors can sample other autumn flavors and artisanal products, or peruse the crafts market. The market runs Oct. 3-9. Online: silakkamarkkinat.fi/en