Motorcycle enthusiasts can get revved up for multiple events this summer 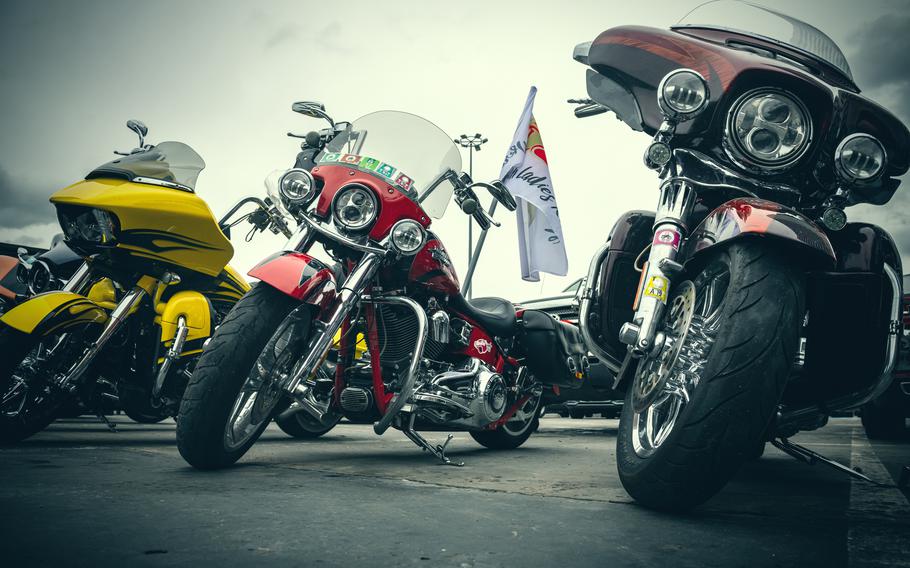 Those who appreciate motorcycles should have ample opportunities to see them up close this summer in Europe. (iStock)

As the fair weather months of northern Europe draw tantalizingly close, motorcyclists have two reasons to rejoice. Soon it will be time to haul their two-wheelers out of storage, and after two years of mostly non-starters, Europe’s calendar of annual motorcycle-related events looks to be shaping up nicely for 2022. Pencil these events in as we hope to leave COVID-19 far behind in our rearview mirrors.

Those in the market for a new motorcycle or gear for their safety, style and comfort will find inspiration by visiting one of Europe’s largest trade fairs for two-wheeled and other recreational vehicles. A trio of major events slated to take place in 2022 includes INTERMOT in Cologne, Germany Oct. 4-9; EICMA in Milan, Italy Nov. 8-13 and Motorcycle Live in Birmingham, UK Nov. 19-27.

Magic Bike: The UNESCO-listed Upper Middle Rhine Valley loses much of its usual tranquility in mid-June, as thousands of bikers roll in to take part in one of Europe’s largest Harley-Davidson rallies. Bikers enjoy a four-day program consisting of group rides through spectacular scenery, an accessories market, bike shows, fireworks and rock concerts on stage. Those still in the dream stage of bike ownership can just sit roadside and admire the flashy models taking part in the motorcycle parade. Magic Bike’s 2022 edition runs June 16-19. Single-day tickets begin at 10 euros, whereas a pass for all four days goes for 30 euros. Online: magic-bike-ruedesheim.com

Hamburg Harley Days: Germany’s second-largest city is revving up to host its annual three-day biker extravaganza June 24-26. While program details are still being hammered out, the agenda is sure to include the usual elements of biker parade, pyrotechnic show, live rock music, demo rides, guided tours and the ride-in bike show at which 100 custom-built bikes undergo a jury’s careful consideration. Online: hamburgharleydays.com

BMW Days: BMW Motorrad Days celebrates its return to the scene following a two-year pandemic-induced standstill by shifting its venue. The Summer Garden at the trade fairgrounds in Berlin hosts the event dedicated to the high-tech homegrown brand July 2-3. Visitors can anticipate live music, action shows, test rides, fashion and lifestyle accessories and lots of custom bikes. The event is prefaced by a sister event at the same site. The Pure & Crafted Festival celebrates craft beer with rock music and tasty brews on July 1. Online: bmw-motorrad.de

European H.O.G. Rally: This annual gathering of Harley-Davidson riders is staged in a revolving array of scenic venues. In 2022, riders and their bikes will be gathering in Portorož, Slovenia, an Adriatic port city just south of Piran. From June 9-12, those gathered will enjoy group rides, live music and a colorful entertainment program. The Harley-Davidson Parade tends to be a highlight for locals and attendees alike. The event is open to non-H.O.G. Chapter members. Online: tinyurl.com/ykfcpxuv

European Bike Week: From Sept. 6-11, Austria’s Carinthia Region plays host to this annual event held on the shores of the Faaker See, a stunning Alpine lake surrounded by mountains perfect for group or solo rides. “The Lake Rocks” is the name given to the accompanying free-entry music program featuring more than 50 concerts at lakeside venues Sept. 8-11. The region’s proud culinary traditions will also be on full display, with lots of hearty meat dishes smoked and grilled to sate the appetites of hungry bikers. Online: bikeweek.at/en

Isle of Man TT Races: The Tourist Trophy races, better known as the TT races, are an annual motorcycle race held on the open roads of the rugged Isle of Man, a self-governing British Crown Dependency in the Irish Sea. The race, first staged in 1907, is known for its mountainous course with lots of bends and is notorious for its many accidents. The race is held in various divisions according to type of motorcycle and the racer’s level of experience. Sidecar races also feature heavily. The 2022 edition is slated for May 29-June 3 (Qualifying Week) and June 4-11 (Race Week). Ferry service to the island, which is available from Heysham, Liverpool, Dublin, and Belfast is ramped up during race periods to accommodate a steady stream of spectators. Many racegoers will choose to camp somewhere in close proximity to the 37.73 mile course or base themselves at the IOMTT Village, a pop-up hotel complex located near Douglas, the race’s start and end point. Online: iomttraces.com

MotoGP Races: Grand Prix motorcycle racing refers to a racing series comprised of 21 outings held on some of the world’s most iconic tracks. Riders race on purpose-built machines unavailable for purchase by the general public. In 2022, 13 of these races take place on European soil, including events organized in Portugal, Spain, France, Italy, Germany, Netherlands, Finland, Great Britain and Austria. Germany’s outing takes place on the Sachsenring near Chemnitz on June 19, while Great Britain hosts its race at the Silverstone Circuit in Northamptonshire on Aug. 7. As per tradition, the end of season finale takes place at the Circuit Ricardo Tormo in Valencia, Spain, to be held on Nov. 6 this year. Online: motogp.com