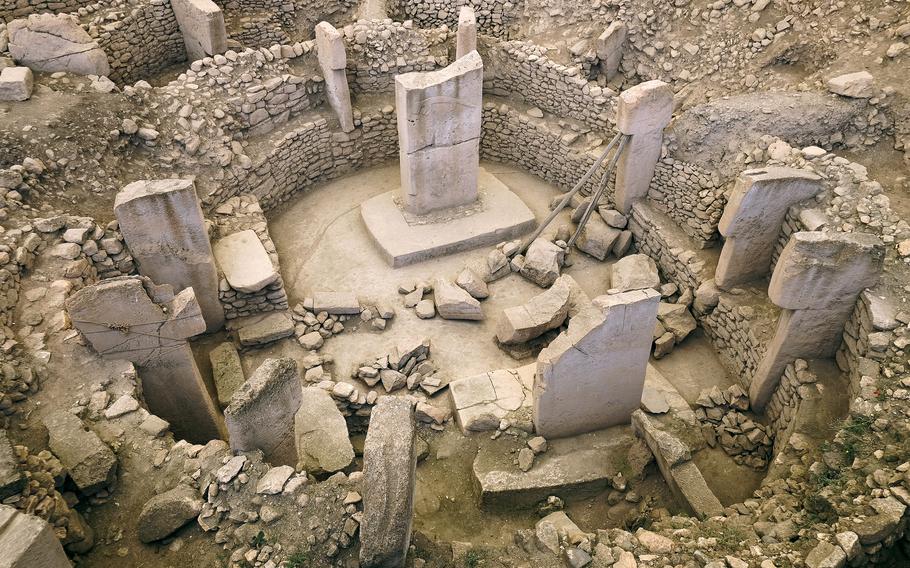 Göbekli Tepe, a Neolithic site discovered in Turkey in 1963, is made up of a series of circular sunken structures supported by massive stone pillars and dates back to sometime between 9500 and 8000 B.C. (iStock)

At precisely 3:58 p.m. GMT on Dec. 21, the winter solstice will occur throughout the Northern Hemisphere. The winter solstice marks the exact moment when half of Earth is tilted at its furthest distance from the sun. It’s a matter worth celebrating, for from this day forward, the amount of daylight will be on the rise for the next six months. Cultures and civilizations have been observing such celestial phenomena for thousands of years already, as the prehistoric constructions they left behind attest. Many of these sites are in Europe. While visiting them at the times when they’re in sync with the universe is undoubtedly a fantastic experience, one can appreciate them and wonder at the skills and sophistication of our forebears any time of the year.

Ireland: One of the world’s most coveted spots for taking in the winter solstice is in Newgrange, a Neolithic monument in Ireland’s County Meath, some 30 miles north of Dublin. The site consists of a vast circular mound featuring an inner stone passageway and chambers. It is one of several of Western Europe’s passage tombs, a term used to describe an earth- or stone-covered burial chamber with a narrow access passage built of large stones. It has occupied this spot since around 3200 B.C., predating Stonehenge by a thousand years.

Just above the entrance to the passage leading to the burial chamber is an opening that is referred to as a roof-box. On mornings around the winter solstice, a beam of light penetrates the roof-box and travels up the 62-foot passage and into the chamber. As the sun inches its way up, the beam widens so that the whole chamber is dramatically illuminated.

Entry to the area, designated a UNESCO World Heritage Site, is via the Brú na Bóinne Visitor Center. Visitors are transported 5,000 years back in time, when the buildings found here were among some of the largest in the world. The exhibits explore the seasonal nature of Stone Age society, the significance of the solar cycle, ceremonies and the monument building process. Access to the chamber on solstice mornings is decided by a lottery held in September each year; those not among the lucky few are welcome to gather outside its entrance on mornings from Dec. 18-23. At other times of the year, entry to the visitor center’s exhibits, along with a tour of Newgrange, costs 8 euros for adults, 4 euros for youth ages 12-18 and is free for those ages 11 and younger. Online: newgrange.com

Malta: Scattered across the island nation of Malta and its much smaller neighbor Gozo are dozens of megalithic temples, seven of which are on the UNESCO World Heritage List. These prehistoric monumental buildings were constructed during the 4th and the 3rd millennium B.C. Each complex is a unique architectural masterpiece displaying sophisticated building techniques and is a testament to an advanced culture with impressive architectural, artistic and technological achievements.

Two of them, the Hagar Qim and Mnajdra temples, are found within a third of a mile of one another, the former on a hilltop overlooking the sea and the latter at the bottom of the hill. Both are notable for an astronomical orientation that reveals itself at the times of the equinoxes and the solstices.

Hagar Qim’s central building, made up of a series of C-shaped rooms known as apses, is known for its so-called oracle hole. The elliptical hole allows the light from the sunrise to enter the temple’s apse in perfect alignment at the time of the summer solstice. At the Mnajdra temple complex, at the time of the equinox, the morning sun rises in alignment with the main doorway and floods the central corridor leading to the innermost apse with light. At the time of the year’s two solstices, narrow beams of light just manage to make it through the main doorway and shine down onto the furthest edges of a slab within the apse.

Heritage Malta runs a visitor center offering information about both sites; this is open daily from 9 a.m.-4:30 p.m. Admission costs 10 euros for adults, 7.50 euros for youth ages 12-17, 5.50 euros for children ages 6-11 and is free for those ages five and under. Online: heritagemalta.org/hagar-qim-temples

Turkey: The recent discovery of Göbekli Tepe has forced historians and anthropologists to rethink man’s transition to settled life. The Neolithic site, an artificial mound spread out across 20 acres near the city of Sanlıurfa in Southeastern Anatolia, was noted by a team of surveyors in 1963, first excavated in 1995, and was added to the UNESCO World Heritage List in 2018. The site is made up of a series of circular sunken structures supported by massive stone pillars and dates back to sometime between 9500 and 8000 B.C. It also features artistic elements such as animal figures carved in relief and abstract human figures. It’s thought the area was occupied for a thousand years before being abandoned and covered up with debris.

Ongoing research is continuing to shape knowledge about the Göbekli Tepe. Evidence suggests the central pillars in four of the enclosures discovered onsite are oriented toward the setting point of Alpha Cygni, a star clearly visible in July and August. Another enclosure seems to be oriented toward the rising point of the sun on the day of the Harvest Festival, which would have fallen approximately halfway between the summer solstice and the autumn equinox. While the more fantastical claims that the entire site served as some kind of ancient observatory have yet to be backed up by solid science, clues to Göbekli Tepe’s true purpose continue to emerge from the sands.