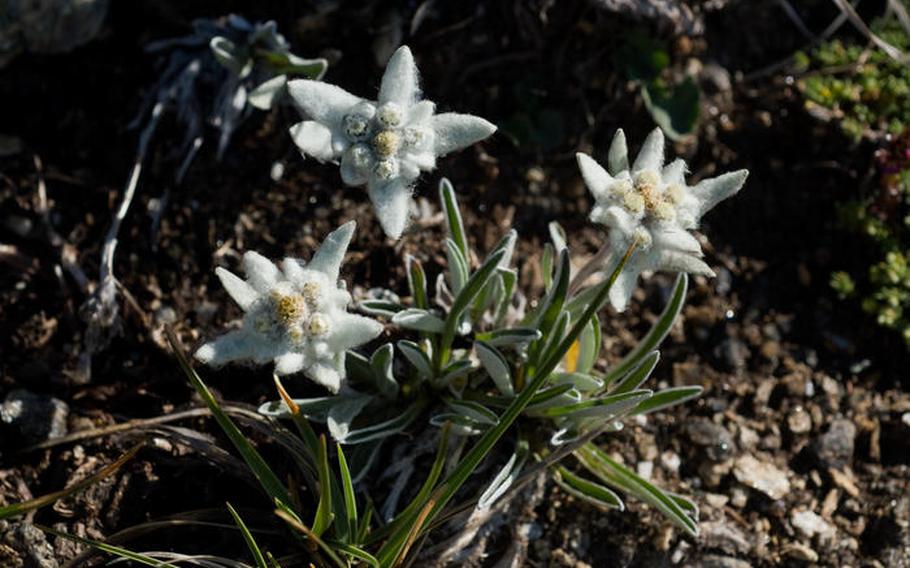 Zermatt, Switzerland, is a wonderful place to view the elusive Edelweiss, a delicate alpine flower that enjoys a protected status. (Kurt Müller)

Before ever setting foot in Europe, many would-be tourists have preconceived notions of days filled with romantic river cruises, traipsing across idyllic alpine landscapes and rubbing shoulders with royals. Although such fantasy adventures forged by a lifetime’s consumption of films, novels and popular culture are hardly typical of the day-to-day European experience, there are places and means by which a dreamer really can live out many of the clichés — and who’s to say that’s in any way a bad thing?

Learn to make authentic Italian pizza: Naples is considered the birthplace of the classic Margherita Pizza. The non-profit True Neapolitan Pizza Association (Associazione Verace Pizza napoletana) strives to protect this heritage by promoting not only pizza but the pizzerias and the skilled professionals who produce it. In addition to its advanced courses for professionals, the organization leads a four-hour “laboratory” for amateur chefs. After being versed on the history of the city’s UNESCO-protected pizza over a cup of coffee, participants make up their dough and stretch it before it’s baked to perfection and sampled. The experience, led in Italian and English, is offered daily from 10 a.m.-2 p.m. and 4 p.m.-8 p.m.; the 84 euro fee includes non-alcoholic drinks, an apron and more. The organization also offers guided tours through Naples' most historical pizzerias. Online: pizzanapoletana.org

Search for Edelweiss: The flower whose name brings a tune to the lips is a rather elusive and shy specimen. While it can be found in Germany and Austria, perhaps one’s best bet is to head instead to Zermatt, Switzerland, where many rare alpine flowers including the fuzzy white Edelweiss bloom. Edelweiss, which enjoys protected status, blooms in lime-rich mountain soil at altitudes between 1,800 and 3,000 meters from July through early September. Admire its beauty along the Edelweissweg, also known as Hiking Trail 30, or a handful of other paths in the area, but do not touch or pluck. The picking of even a single bloom can result in thousands of euros in fines. Online: tinyurl.com/mzccpzpt

Drink tea with the queen: Although you’d probably need to be a VIP to gain an audience with the queen, common folk are not without options. One is to visit Madame Tussauds London, where a wax replica of Queen Elizabeth awaits companions to join her for a spot of tea. In a setting evoking the feel of the gardens of Buckingham Palace, visitors can enjoy a selection of scones, pastries or savory snacks, accompanied by a cup of tea or a glass of Prosecco. Online: tinyurl.com/3xa5y35c

A second option would be to order afternoon tea at The Rubens, an upscale hotel with a lounge overlooking the Royal Mews of Buckingham Palace. The ritual is upheld with the serving of the traditional classic pastries, finger sandwiches and scones with new twists. A Bottomless Champagne Afternoon Tea and Prince and Princess Afternoon Tea are just some of the other options available. Online: tinyurl.com/shn8vayy

Live like a Viking: The Viking Reserve of Foteviken in southern Sweden was created to illustrate how a densely built-up settlement might have looked during the late Viking Age and early Middle Ages. Within the earthen defensive walls, buildings of various styles and dimensions depict handicraft workshops, a poultry house, a tanner’s homestead, a fishery cottage, smokehouse, lawman’s house, bakery, a town hall based on the construction of a Norwegian stave church and other edifices. The re-created town is inhabited by volunteers dedicated to making the Viking Age come alive, livestock and students working over their summer holidays. Members of various Viking associations across Europe also join the community for short periods of time. Those simply curious about the Viking age who are willing to work for a few weeks as volunteers between July 1 and Sept. 6 are also welcome. Dressed in Viking age clothing and using historical tools and methods, they practice the old trades and live in keeping with the customs of the day. Online: fotevikensmuseum.se/d/en/vikingar/volontar

Pretend to be Heidi and Peter in the Alps: In the eastern part of Switzerland lies the holiday region named Heidiland in honor of the famous orphan who lived with her kindly grandfather and befriended a goatherd named Peter. In the mountains above the town of Maienfeld, visitors can live out their Alpine fantasies at Heididorf. Things to do here include checking out houses of the style Heidi would have called home and her schoolroom, watching craftsmen at work and learning more about the book's author Johanna Spyri and the people who inspired her. Online: heididorf.ch/en