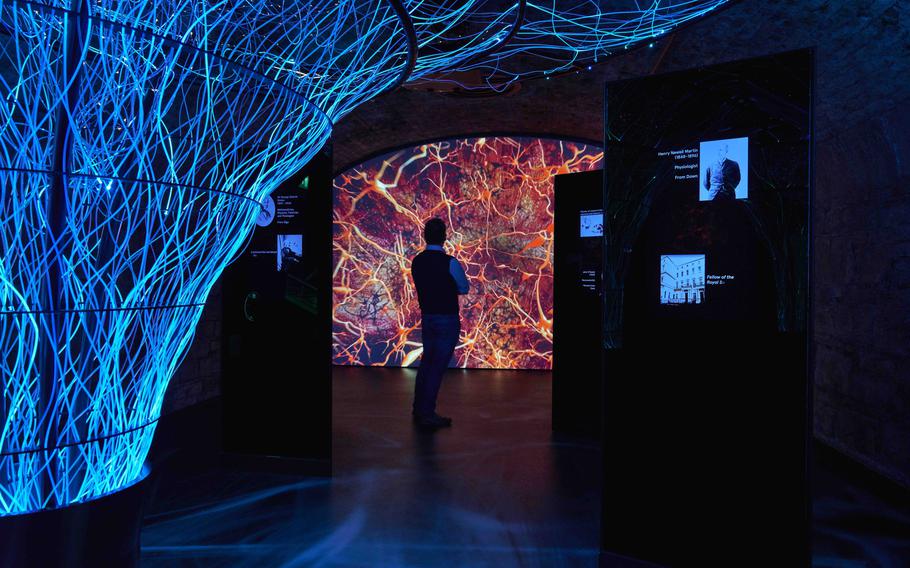 While the USA is a nation of immigrants from every corner of the world, many of its people can trace their roots back to Europe, with Germany, Ireland, England and Italy particularly well represented as the countries of origin of their ancestors. Those looking to understand more about the forces that propelled their forefathers to cross the Atlantic in search of a better life and what that journey might have looked like can gain insight at a number of museums focused on emigration.

Netherlands: The Leiden American Pilgrim Museum in Leiden, the Netherlands, tells the story of the most famous of New England’s earliest settlers, the Pilgrims. These religious refugees fled England to settle in Amsterdam in 1608 and relocated to Leiden the following year. Across two rooms in a well-preserved 14th-century house, furnishings and personal items dating back to the era of their departure to the New World paint a picture of daily life, while events specific to the Pilgrims’ voyage come alive through the display of 16th and 17th-century maps, books and engravings. Also of note is a collection of games and toys, along with replica clothing that children of today can try on. Knowledgeable docents are on site to explain the significance of the objects displayed. Online: leidenamericanpilgrimmuseum.org/en

Germany: The “Deutsches Auswandererhaus,” or German Emigration Center Bremerhaven, tells the stories of the some seven million emigrants who departed from this port city to seek their fortunes in the New World, including not only Germans but east Europeans. Each visitor receives the passport of an emigrant and can follow that person’s own personal history. After a simulated transatlantic voyage on a typical emigrant ship, travelers pass through a hall replicating New York’s Grand Central Terminal. Media stations tell the story of individual fates and fortunes through the display of letters, travel documents, photos and other personal memorabilia. An on-site research center allows those with German roots to trace their ancestry. Online: dah-bremerhaven.de

Belgium: The Red Star Line Museum in Antwerp pays homage to the roughly two million passengers who set sail to the U.S. and Canada on board the company’s ocean steamers between 1873 and 1934. Set in the sheds that once belonged to this shipping company, visitors follow the path of emigrants from the time of their departures from their countries of origin, along their journeys to Antwerp and the time they spent there, and to the crossing and arrival in their new homelands in America or Canada. The museum sheds light on both the Belgian emigrants fleeing poverty or persecution and those from other countries of Europe, who made up the majority of the company’s passengers. Through stories of dreams come true and deep disappointments, the human side of the timeless and universal nature of migration is brought to the fore. The museum also features temporary exhibitions; through Sept. 26, “Destination Sweetheart” tells the story of those past and present whose decision to migrate was based on love. Online: redstarline.be/en

Ireland: EPIC The Irish Emigration Museum tells the story writ large of the some 10 million Irish citizens who chose to leave their homeland, the reasons behind these decisions, and the impact they had on the world. Profiles of some 300 entertainers, politicians, scientists, authors, rogues and everyday Joes paint a colorful picture of those who made their presence felt abroad. One of the 20 galleries in the Dublin museum is specifically dedicated to those who have joined various armed forces all over the world and features stories including John Barry, the Father of the American Navy, and many more. The museum has won hearts and awards for its highly interactive nature, with video galleries, remastered audio, quizzes and other high-tech flourishes making the far-reaching effects of the Irish presence throughout the world tangible. The Irish Family History Centre offers the chance, for a fee, to consult with an expert genealogist who can help a family to develop an effective strategy to search one’s Irish roots. Online: epicchq.com

Italy: The MEI National Museum of Italian Emigration in Genoa was created to remember the millions of Italians who left their native land to start new lives in the Americas, Africa, Asia and Australia. In one of the oldest medieval buildings of a city with thousands of years of maritime tradition, this interactive museum featuring more than 40 multimedia stations brings the emigrant experience to life. The exhibition touches upon the life of Italian farmers during the 19th century, immigrants’ involvement in the rebuilding of Genoa in the 1800s, a reproduction of the steamer that transported hundreds of thousands of steerage passengers, and reconstructions of the destinations of many Italian migrants, including Ellis Island. This particular museum is just one section of the Galata Museo del Mare, which focuses on Genoa’s maritime history and vessels used through the ages. Online: galatamuseodelmare.it

Switzerland: Many impoverished residents of the Italian-speaking Swiss canton of Ticino migrated to California in the latter half of the 19th century, where their skills as dairymen and winemakers could be put to good use. A seasonal restaurant named Grotto America stands next to the crystal-clear Maggia River in the village of Ponte Brolla. The hamlet was once a meeting point at which travelers would wait for convoys making way to the port of Genoa, from which they hoped to depart to North America. A family of emigrants from Ticino, having made their fortune overseas, bought the grotto and named it America in honor of the place that had brought them their good fortune. From April to October, diners can feast on local salamis and Alpine cheese and enjoy wines of the region on its terrace or in its rustic lounge with a fireplace. Online: grottoamerica.ch