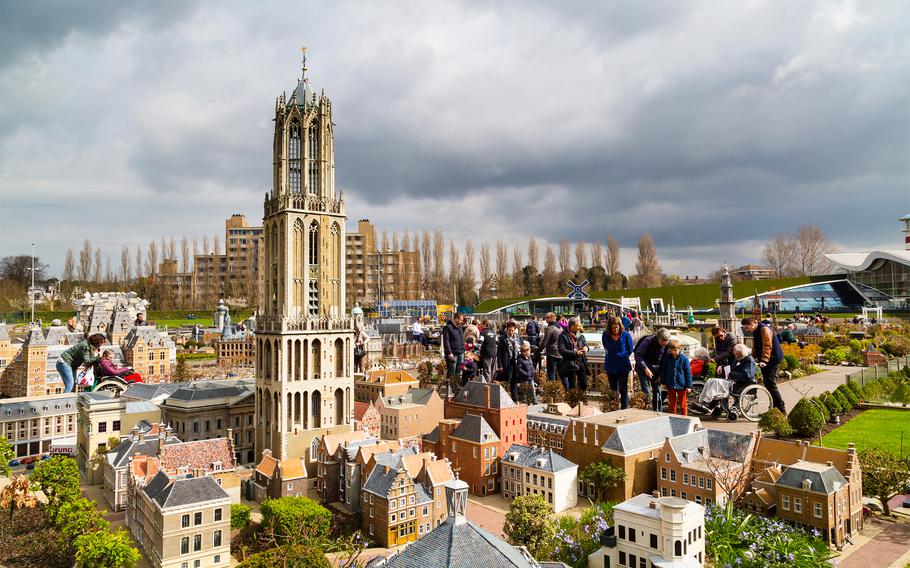 Madurodam is a popular miniature park and tourist attraction with models on a 1:25 scale in The Hague, Netherlands. (iStock)

When it comes to touring the Continent, the 10-day jaunt through Europe many vacation-starved Americans need make do with is hardly enough to scratch the surface, and one could likely experience a new landscape and attraction each day for a year without ever crossing the borders of countries like France or Italy. There is one rather quirky way in which to experience the best the Continent or a single country has to offer in the space of an afternoon: exploring attractions that shrink a land’s most iconic sights into faithful replicas, often with a few fun touches thrown in for good measure.

Bekonscot Model Village: What’s considered the oldest model village in the world and the inspiration for other attractions of its kind is found in Beaconsfield, Buckinghamshire, England. First created as a feature to the grounds of a private property, the tiny replica captured the imagination of those who heard about it, and from the time of its opening in 1929, it has attracted a constant stream of visitors. Six model villages portray rural England as it would have appeared at the time of the park’s creation. The scenery includes a watermill, pubs, garage and a racecourse for horses, and a model railroad ensures that no tiny resident is late to an appointment. It’s worth paying attention to the names of the businesses, clever puns alluding to proprietors of dubious repute, i.e. Sam and Ella’s Butchers. Operated by a charitable foundation, a visit to this gem from a bygone era supports worthwhile causes. Online: bekonscot.co.uk

Madurodam: This attraction at The Hague, Netherlands, has been delighting families since 1952. Generations have enjoyed Madurodam’s 1:25 scale model replicas of famous Dutch landmarks and its history-rich towns. Each installation includes trees, flowers, greenery and lots of tiny, multi-ethnic people whose clothing changes in rhythm with the seasons. Some of the country’s best-known sights replicated here include the Rijksmuseum, Schiphol International Airport, the port of Rotterdam and its skyline, canal houses, tulip fields and windmills. Other things to do here include making a 3D replica of oneself in the form of a unique doll or exploring the Dutch roots of 17th century Nieuw Amsterdam, better known today as New York City. Online: madurodam.nl/en

Swiss Miniatur: Switzerland’s largest open-air miniature museum is found in Melide, on the shores of Lake Lugano. The majestic mountains surrounding make a impressive backdrop to this attraction featuring funicular railways, boats, cable cars and a model railway. The driving force behind the park was Pierre Vuigner, who upon hearing of the aforementioned Madurodam set out to create the same thing for his native Switzerland. The park opened in 1959, and its glory days came in the ‘70s, helped by its advantageous position near the Italian border, when an advantageous exchange rate between Swiss Francs and Italian Lira meant a steady stream of visitors from the south eager to snap up chocolate and cigarettes at cut-rate prices. A recent crowd-funding project breathed new life into the park, which experienced a boost in Swiss visitors during the COVID-19 pandemic. The approximately 120 models built on a 1:25 scale portray landmarks from each of the country’s 26 cantons. The doors to the workshop occasionally open to the public during the park’s opening season from March through November. Online: swissminiatur.ch/?lang=en

Italia in Miniatura: This park in Viserba, part of the Adriatic seacoast resort town of Rimini, displays 275 miniatures of both Italian and European buildings, along with thousands of plants and tiny trees and 17 miniature trains. In existence since 1970 and inspired by the Swiss Miniatur, the area can be taken in by means of a ride on the Arcobaleno monorail. Italian landmarks brought to life here include Rome’s Colosseum and St. Peter’s Basicila, Venice’s Grand Canal and St. Mark's Square, along with Rimini’s Castel Sismondo, where noble families settle ancient scores with water cannons. Extensive renovations were carried out on the occasion of the park’s 50th anniversary last year. Children aged 6 and older can acquire their licenses at the driving school. The park’s season runs from March through September. Online: italiainminiatura.com 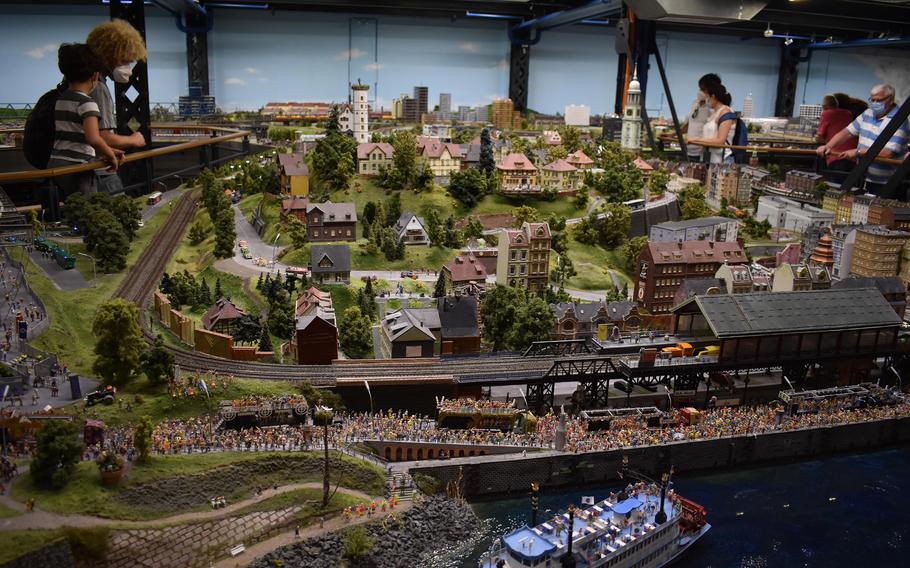 Miniatur Wunderland: This model railway and miniature airport in Hamburg, Germany, consistently tops lists of Germany’s most beloved attractions. The largest model railway found anywhere in the world is divided into nine sections: the mountainous Harz region, a fictitious city named Knuffingen, Austria and the Alps, Hamburg, America, Scandinavia, Switzerland, the Hamburg Airport and Italy. The exhibit includes 1,300 trains, more than 100,000 moving vehicles, 130,000 trees and 400,000 human figurines. Construction on this immense indoor attraction began in 2000 and it opened the following year. Expansion continues to date, with Monaco, Provence and South America in the works. The detail in the infrastructure amazes, from an airport with flight arrivals and departures to a gigantic cruise ship. Lighting alternating between day and night adds another dimension to the bustle of activity. Online: miniatur-wunderland.com