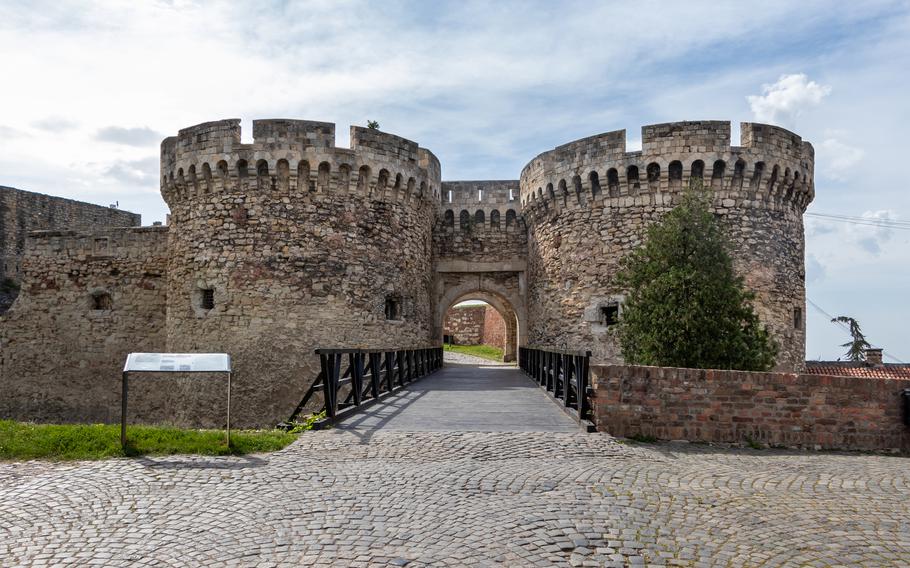 Serbia's Belgrade Fortress contains the Belgrad Military Museum, which has a vast collection of old and new military weaponry.  (iStock)

Across the United States and in the United Kingdom, the debate rages on: What should be done with the statues and monuments to famous figures whose deeds that earned them places in history books were accompanied by norms of behavior found abhorrent by today’s standards? As history marches on, names fall out of favor and those once seen as enemies are no longer perceived as a threat. Across Europe, monuments, military infrastructure and cold war relics have been given a second life, often with interesting consequences.

Statues: With the fall of communism in the Soviet Union, statues of Joseph Stalin, Vladimir Lenin and other leaders traded prominent locations in capitals’ squares for more pastoral settings. Some 80 miles southwest of Lithuania’s capital city Vilnius, in the town of Druskininkai, is found Grūtas Park, where 86 relics remind visitors of the former socialist republic’s not-so-distant past. The park features re-creations of gulag prison camps complete with guard towers and barbed-wire fences, alongside playgrounds and cafés from the Soviet era. The lawns of Maarjamäe Palace in Tallinn, Estonia house 21 imposing, larger-than-life statues, including a Lenin head, bust and full body sculpture. The MUZEON Art Park in Moscow contains more than 1000 sculptures, including many from the Soviet era and the period of Social Realism.

In Memento Park in Budapest, Lenin, Marx, and Engels rub shoulders with Hungary's communist leaders. In Witness Square, a huge pair of bronze boots top a brick pedestal built upon a grandstand. The boots are the remnants of a statue of Stalin torn down during the Hungarian Revolution in 1956. The 26-foot-high bronze figure was yanked from its pedestal and sawed away until only the boots were left. A movie theater shows a film titled “The Life of an Agent,” a documentary on the methods used by the secret police.

Tanks: The Military Technical Museum Lešany in the Czech Republic displays a variety of military hardware, including a tank with an interesting backstory. In 1991, the sculptor David Černý, an art student at the time, painted Prague’s Soviet Tank Monument, commemorating the Soviet liberation of Czechoslovakia in 1945, a shade of pink, an act that got him arrested. The tank’s return to its original green paint job was short lived, as some newly elected members of parliament painted it back to pink in protest to the arrest. Following multiple paint jobs between the two colors, the tank now stands watch at the entry to the museum with its exposition of more than 700 historic tanks, cannons, motorcycles, armored vehicles, trucks, missile systems and other hardware. A highlight in the museum’s calendar year is “Tank Day,” held on the Saturday marking the end of the summer vacation period. On the day, the tanks and vehicles are presented in dynamic displays. Online: vhu.cz/muzea/zakladni-informace-o-vtm-lesany

The Military History Museum in the former Soviet Army garrison town of Bornem Sulinowo is unique amongst museums in Poland. Most of the military vehicles making up its vast collection are fully operational, and visitors can enjoy taking a ride in many of them. They are also frequently used for live-action shows, often accompanied by professional pyrotechnics. At the museum’s numerous events, merchants sell a variety of military memorabilia. Online: muzeum-borne.pl

The Belgrade Fortress, perched high above the confluence of the Sava and Danube rivers in the Serbian capital, houses the Belgrad Military Museum with its considerable collection of old and new military weaponry. The citadel is surrounded by Kalemegdan Park, whose grounds are littered with tanks and guns that children now use as jungle gyms and hiding places.

Bunkers: The St. Pauli bunker in Hamburg, Germany was one of two towers built by the Nazis for air defense during WWII. Should all go to plan, the property will complete its ongoing transformation to a trendy lifestyle hotel by the end of this year. Five pyramid-shaped floors planted with greenery will house not only hotel rooms but a bar, coffee shop, exhibition spaces and a roof garden offering sweeping views of the port city. Parts of the new floors will also serve as a memorial to the victims of the Nazi regime. Online: bunker-stpauli.de/en/

Enver Hoxha, the leader of Albania from 19411985, was so convinced an invasion was imminent that he oversaw the construction of more than 173,000 bunkers across the country. Never used for the purpose he envisioned, most bunkers are now derelict, although a few have been put to good use as food stands and seaside changing rooms. Tirana’s Bunk’Art is a museum and contemporary art gallery housed in an underground nuclear shelter. Exhibits cover 20th-century Albanian history, including the Fascist Italian occupation and the Communist era. Bunk’Art 2 recounts the stories of political persecution from 1945-1991, the creation of the Sigurimi state security apparatus and some of the means of persecution carried out by the state. Online: bunkart.al/1/home

Missile launch sites: At the Wueschheim Air Station in Kastellaun, Germany an assortment of American cruise missiles equipped with nuclear warheads were kept at a site informally known as Pydna. Since 1996, the area has hosted Nature One, one of the largest electronic music festivals in all Europe. The same bunkers in which missiles under the operational control of the U.S. Air Force were once kept are used to temporarily house some of the festival’s facilities. Although Nature One has been cancelled for the second year running, techno fans can enjoy a long weekend of their favorite music streamed July 29-Aug. 1. Online: nature-one.de