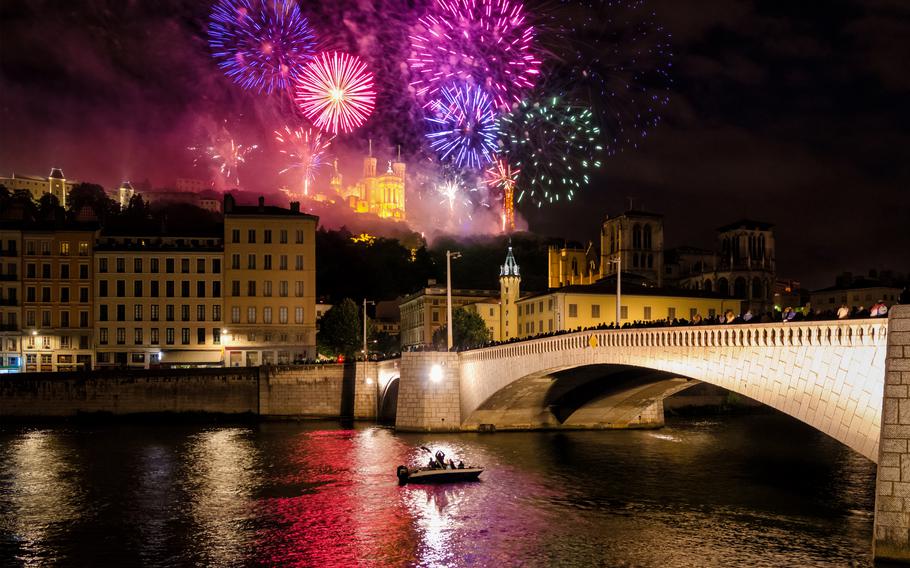 Bastille Day is celebrated all over France, including Lyon, pictured. (iStock)

On certain U.S. holidays, Thanksgiving and Christmas in particular, it’s only natural for Americans living abroad to sorely miss family and friends. On Independence Day, many Americans residing outside the U.S. feel a longing to be on native soil, celebrating our nation’s birthday in a collective spirit of patriotism.

But Americans aren’t the only ones who love their homelands, and observing how citizens of other lands celebrate their own national holidays can be a beautiful thing too. Why not time a future, post-COVID trip to coincide with the national holiday of your favorite European country? While celebrations slated for the next few months will almost certainly remain muted, hopes for a return to their former vibrancy don’t seem unfounded.

France: La Fête Nationale on July 14, also known as Bastille Day, commemorates the date in 1789 when an angry and hungry mob stormed a military fortress and prison holding political prisoners, a symbolic victory against the “Ancien Régime” and a precursor to the French Revolution. Contemporary celebrations are a mixture of parades, fireworks, dancing and other outdoor fun. The celebrations in Paris reach fever pitch with a massive military parade rolling down the Champs-Elysées, flypasts of the national flying squad and fireworks shot off from the framework of the Eiffel Tower. In smaller towns, local fire stations are the scenes of the action, often hosting live music, food and drink, and dancing late into the night. Online: tinyurl.com/b4c4z8dw

Belgium: The Nationale feestdag van België, or Fête nationale belge, as it’s known in French, falls on July 21, the date on which King Leopold ascended to the throne in 1831 and Belgium became an independent state with a constitutional monarchy and parliament. Celebrations in Brussels typically kick off around 7 p.m. the night before with the National Ball, at which live music rings out and young and old dance the night away. The Place du Jeu de Balle in the Marolles district is the center of the action. On the big day itself, a festival sprawls between the Palace of Justice and Parliament. From 4 p.m., mussels and chips are served at the place du Jeu de Balle. Parades, sporting competitions, a display of military equipment and live performances help while away the hours before 11 p.m., when musical fireworks burst and crackle high above the Royal Palace. Online: tinyurl.com/4u7f2epk

Switzerland: Swiss National Day is celebrated on Aug. 1 in reference to a historic alliance between three cantons formed in part to counter the Habsburgs back in 1291. Following a televised broadcast of a speech by the country's president, celebrations at the community level include public addresses by local authorities followed by entertainment such as concerts, choir performances or gymnastics displays, as well as singing the national anthem in unison. Some towns might organize a bonfire or fireworks, and bakeries produce bread rolls topped with tiny Swiss flags.

The town of Schaffhausen, the site of the Rhine Falls, illuminates its watery cascades before using them as the backdrop to a jaw-dropping fireworks display. At the Rütli Meadow in the canton of Uri above Lake Lucerne, a reenactment of the historical oath of allegiance is staged at the site it was originally pronounced. Online: tinyurl.com/4ubwufhb

Liechtenstein: The Alpine microstate celebrates its “Staatsfeiertag” on Aug. 15 with a big meet-up in its capital city of Vaduz. Following speeches by the Hereditary Prince and President of the Parliament, a reception is held in the Rose Garden at Vaduz Castle. An aperitif hosted by the princely family is open to the public and free of charge. From 2 p.m., Vaduz’s city center is closed to traffic, street vendors set up their booths, and fun fair rides offer diversion to younger visitors. At 10 p.m., fireworks light up the night. Online: tinyurl.com/sw7uvrm2

Hungary: On Aug. 20, Hungarians celebrate the birth of their nation more than 1000 years ago with a tribute to St. Stephen, the king who laid the foundations for the establishment of a Hungarian state. The day is marked by the blessing of the new bread, which is decorated with tricolor ribbons, military parades, concerts, a folk art and a gastronomy festival, the baking of a huge cake which is then shared with the public, and a display of fireworks shot off from alongside the Danube. Online: budapestbylocals.com/event/august-20th

Spain: Fiesta Nacional de España is celebrated on Oct. 12, a date that commemorates the arrival of Christopher Columbus to the Americas. Madrid is the site of official events including a military parade along the Paseo de la Castellana, attended by the King and Queen and high-ranking elected officials. Program highlights include the creation of a red and yellow flag by the Spanish Air Force acrobatics team and a parachutist who, upon landing, offers a flag to the Royal Family. Many of the capital’s great museums and palaces open their doors to the public free of charge. Folk performances and special exhibits round out the offerings.

Other Spanish cities with notable celebrations include Alcalá de Henares, where a vast medieval fair coincides with the date; Huelva, the city from which the Columbus expedition set sail; and Zaragoza, where the date falls during the festival of its patron saint, Our Lady of Pilar. Online: tinyurl.com/akk579e9