No liquid leisure at this Italian park, just peace amid nature 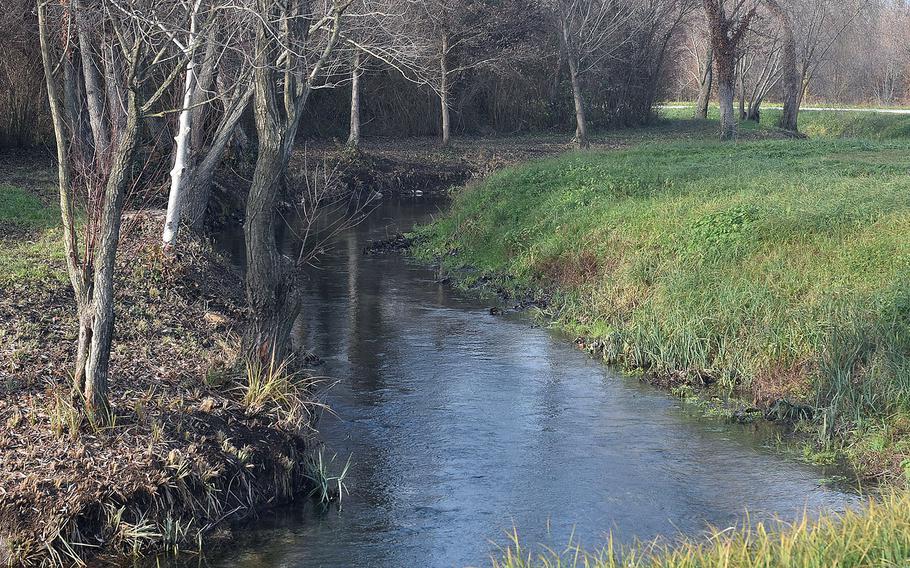 Despite what the name might imply, visitors to the Parco delle Fonti di Torrate don't see a large amount of water, at least during the winter. But the park serves its purpose of helping to protect the quality of the water pumped from springs to supply communities in the area. (Kent Harris/Stars and Stripes)

Several popular parks along Italy’s Adriatic Sea coast not far from Aviano Air Base invite hordes of people to get wet by sliding into pools.

But there’s a much different sort of park on the way there from Aviano that’s also centered on water, and its architects would be horrified at the sight of bodies frolicking in their H2O. Fortunately, that’s not really an option.

Parco delle Fonti di Torrate was crafted to help protect the natural springs near the hamlet of Torrate that supply drinking water to communities along the Friuli-Venezia Giulia border with Veneto. 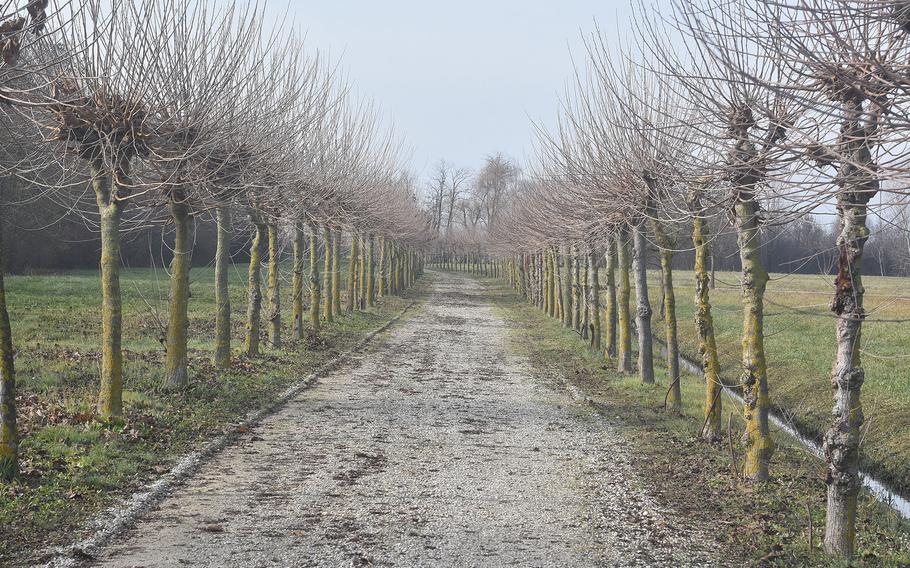 The main paths through the Parco delle Fonti di Torrate are very well maintained and suitable for walkers, strollers, bikes and dogs on leashes. Visitors during the winter miss out on some of the color on display during other seasons, though they can often double down on the tranquility. (Kent Harris/Stars and Stripes) 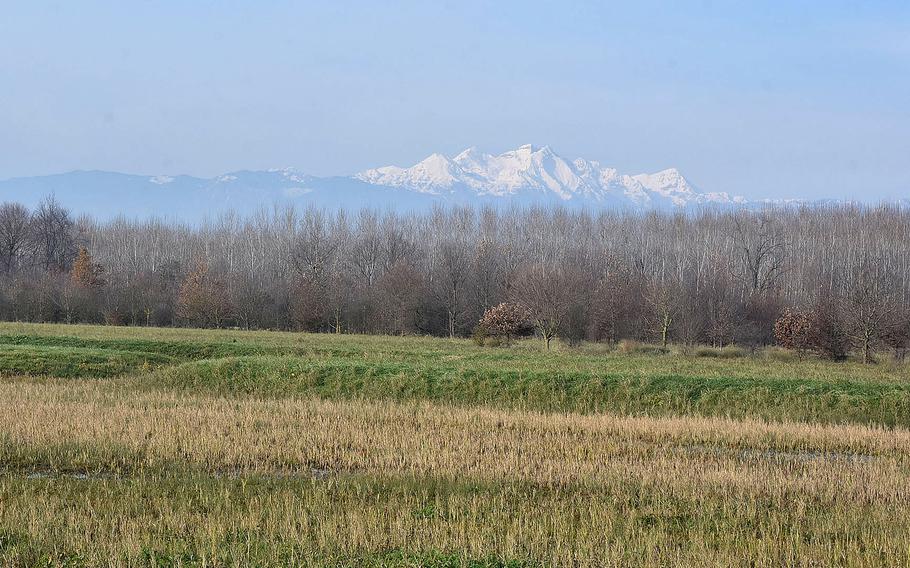 Runoff from the snow-capped Dolomites provides water to some of the land surrounding Aviano Air Base during parts of the year. But many communities get their drinking water from underground sources, such as the natural springs that are preserved by Parco delle Fonti di Torrate. (Kent Harris/Stars and Stripes) The large ponds in Parco delle Fonti di Torrate are essentially bogs at this time of year. But they're evidence of the natural springs that supply water to the water tower in the background and via pipes to communities in the area southeast of Aviano Air Base. (Kent Harris/Stars and Stripes)

Almost 200 acres was set aside as a natural preserve to prevent insecticides or other human-made pollutants from entering the groundwater.

So don’t expect crowds. In fact, during a recent visit, it was entirely possible to walk around the 8 kilometers of walking and biking paths without encountering a single person. 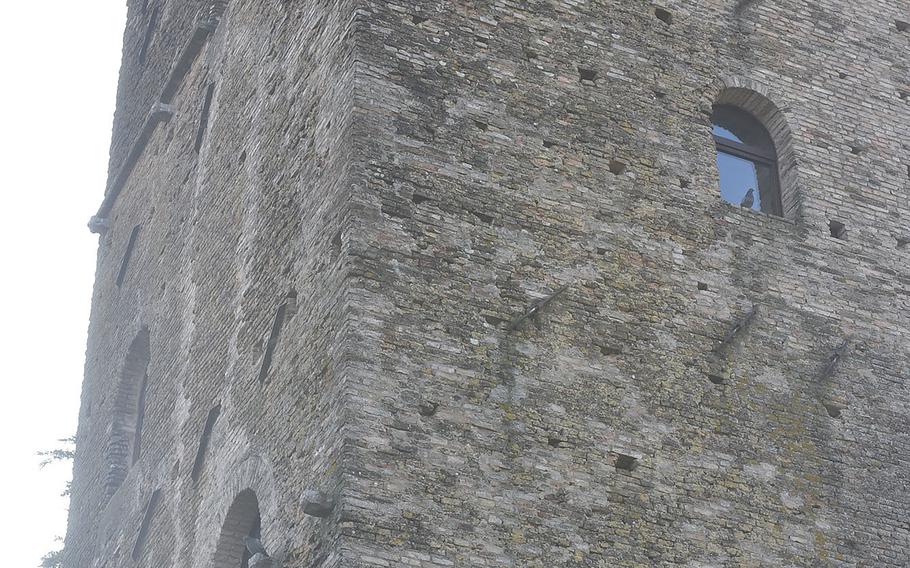 There isn't much left (and even less to see) of the Castle of Sbrojavacca, which is locked and open to invitation only. It's also right next to an Italian school where visitors are not welcome. But it and the water tower nearby are good markers in case one gets lost while exploring the Parco delle Fonti di Torrate, about 20 minutes from Aviano Air base in Italy. (Kent Harris/Stars and Stripes)

There is some evidence of large-scale water gathering, with a pumphouse and a few large pipes around the park. And there is a hulking water tower near the parking lot. But aside from that, it’s not a lot different from a few other parks in the area.

It has small ruins of former castles. It served as an estate for a wealthy family. And it caters to walkers and joggers with miles of well-maintained paths. The Parco delle Fonti di Torrate contains almost 200 acres of land near the hamlet of Torrate, Italy. It is designed to maintain the quality of springs that supply water to surrounding communities in the Italian regions of Friuli-Venezia Giulia and Veneto. (Kent Harris/Stars and Stripes)

Winter might not be the best time to see wildlife in the park, but during my visit, I saw almost a dozen herons and a pair of cranes. None of them were looking to let two-legged creatures get very close.

That appears to be just the way the birds — and the less frequent human visitors — prefer it anyway. 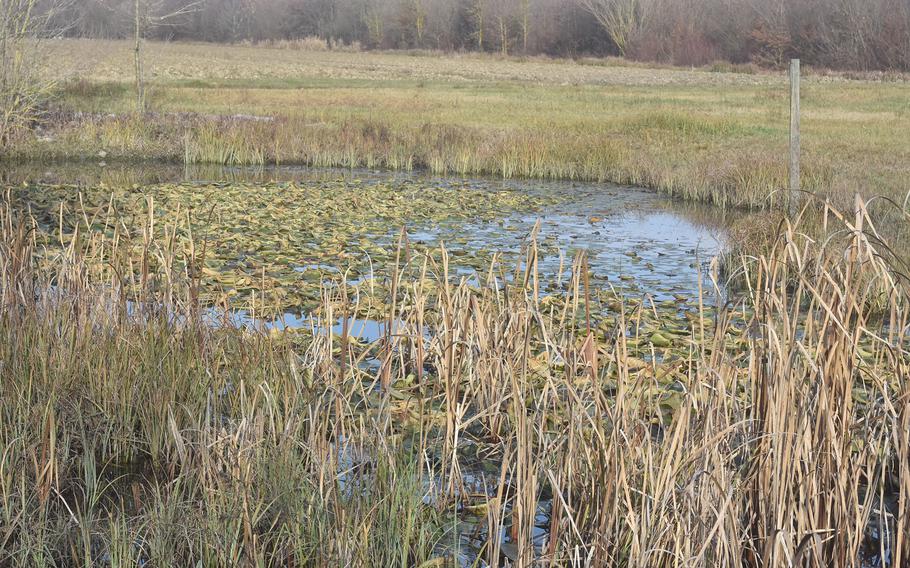 During other parts of the year, it might be possible to see various birds or other wildlife in this pond in Parco delle Fonti di Torrate, about a 20-minute drive southeast of Aviano Air Base. During a recent visit, there were almost a dozen herons and a pair of cranes at the park. All of them wanted nothing to do with paparazzi. (Kent Harris/Stars and Stripes)

Address: Via Udine 1, Chions, Italy. The park is about a 20-minute drive southeast of Aviano Air Base. The easiest way is to take A28 to the Vilotta exit, travel along Via Maggio to the SP1 and look for a billboard at the entrance after about a mile.

Hours: The park is open 24 hours, though there’s no lighting at night.