Beguiling brew of Bavarian history concocted at museum in Regensburg 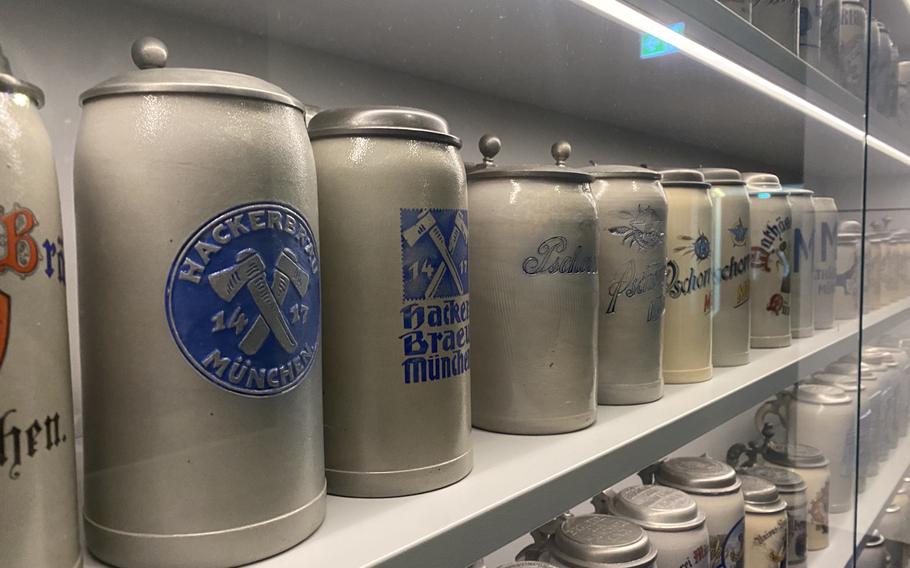 “Wall of Beer Steins” found on the mid-20th century portion of the House of Bavarian History in Regensburg, Oct. 26, 2022. (Michael Slavin/Stars and Stripes)

The allure of Regensburg’s Bavarian history museum comes in the form of interactive displays and invitations to become personally acquainted with items ranging from crowns to Bavarian military clothing to antique cars.

Opened in June 2019, the museum presents a contemporary view of more than two centuries of the rich history of Germany’s largest state. Its setting along the Danube River and proximity to the city center heighten the enticement. Bavarian and other German-made cars on display at the House of Bavarian History in Regensburg, Oct. 26, 2022. (Michael Slavin/Stars and Stripes)

Greeting visitors is a 12-foot-tall lion grasping a beer stein and depicted in full roar. The information desk is just past the lion and a 7-euro ticket allows admission to the museum’s permanent exhibits, rotating exhibits and films.

All the films shown are in German, but headsets with narration in English are available. 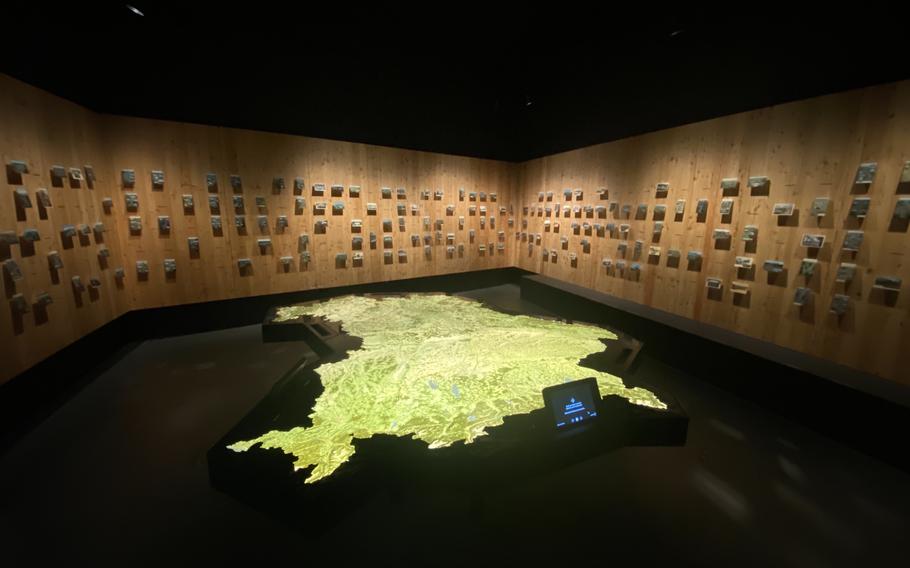 The museum’s interactive displays take visitors through how Bavaria has changed over the past 200 years. Displays are in German and English. (Michael Slavin/Stars and Stripes)

An escalator takes visitors to the permanent exhibition, which is set up like a maze starting from the 1800s and moving to the present day, weaving together materials spanning nine generations.

Along the way, visitors can feel what it is like to be royalty by trying on a replica of a crown or experience the heavy load soldiers in the Napoleonic era carried by putting on their gear and clothes. 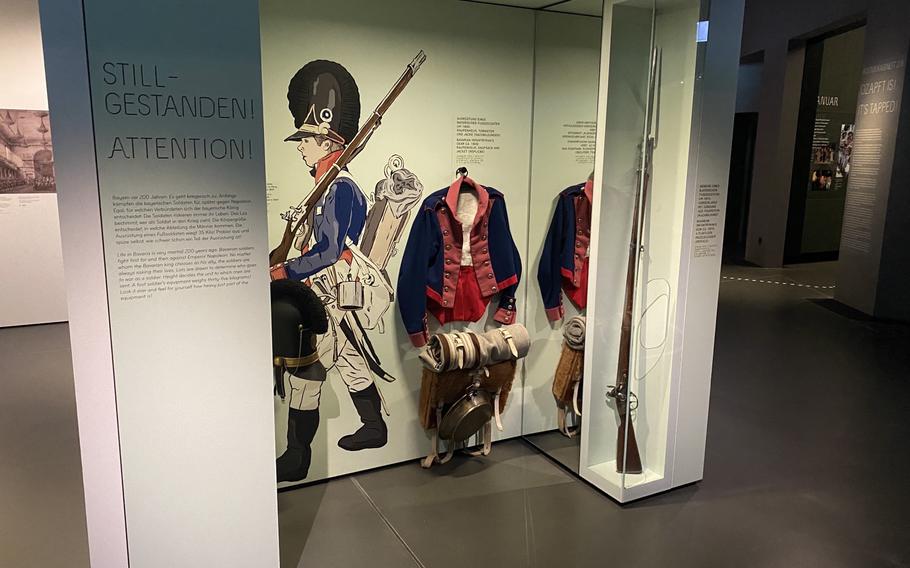 A Bavarian soldier’s uniform and equipment are on display at the House of Bavarian History in Regensburg, Oct. 26, 2022. (Michael Slavin/Stars and Stripes)

One highlight of the permanent exhibit is its Olympic memorabilia, which includes sleds and skis from the Winter Games and such items as medals and uniforms from the Summer Games.

A special section marks the 50th anniversary of the 1972 Munich Olympics. It has a display on the attack by Palestinian terrorist group Black September, which resulted in the deaths of 11 Israeli athletes and a German.

Once through the maze, visitors can make their way to the space for rotating exhibits. The current one, running until Dec. 11, is titled “Pub Extinction? Pubs are Alive!” It provides an in-depth look into the history of Bavarian pubs. 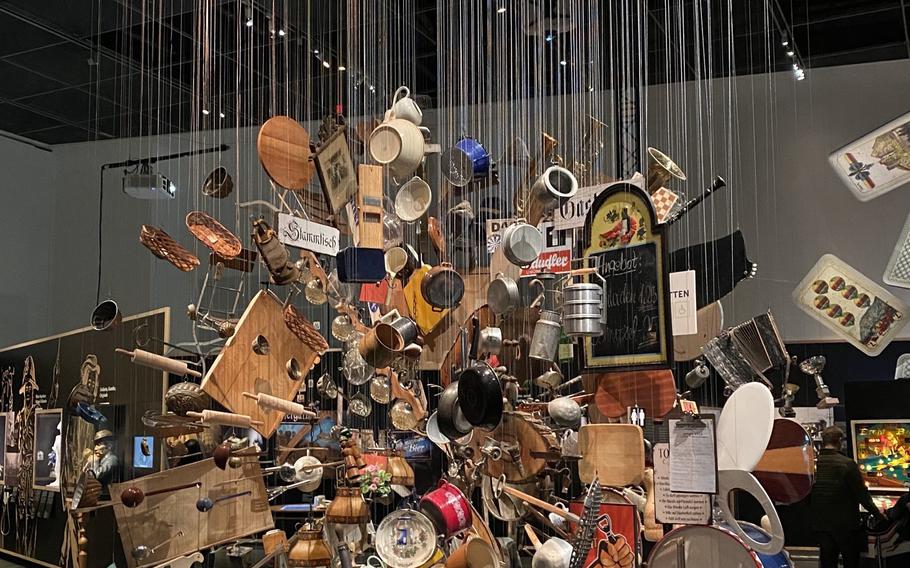 The feature display of the traveling rotating exhibit is meant to represent and explosion of pubs in Bavaria. (Michael Slavin/Stars and Stripes)

Winkler Brau in Velburg and the Gasthof Zum Roten Ochsen in Falkenberg are among its featured historic Bavarian pubs that have survived to the present.

All the interactive displays are English-friendly, and descriptions on the walls are in German, English and Braille.

However, visitors might run into a small language barrier with the video and audio recordings in some parts of the museum, as there are no English translations. 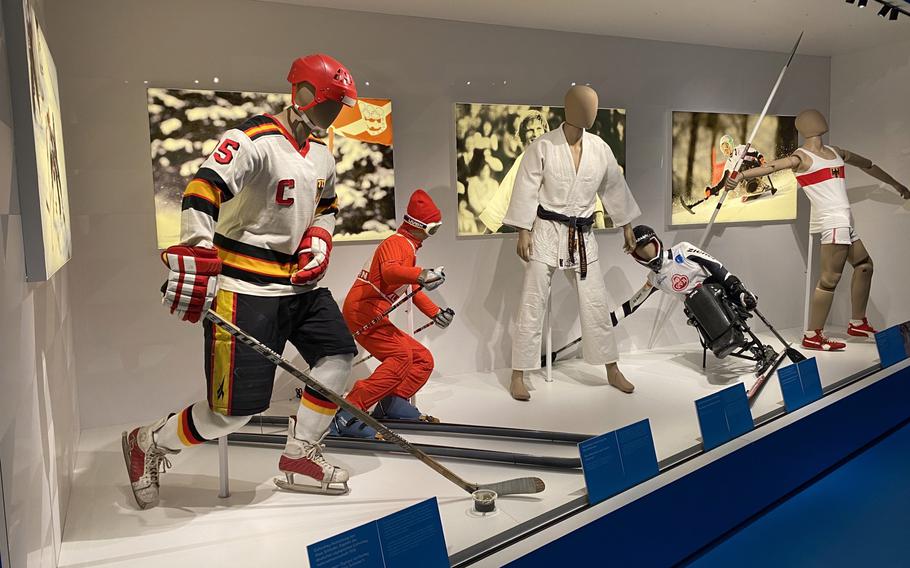 The last rooms of the main exhibit look at the Olympics in Bavaria and their impact on Germany, at the House of Bavarian History in Regensburg, Oct. 26, 2022. (Michael Slavin/Stars and Stripes)

If the immersion into Bavarian history has fired up visitors’ appetites, a short stroll from the museum leads to a veritable institution of Regensburg that carries the museum theme into the realm of food.

The historic sausage kitchen, or Wurstkueche, is billed as the oldest continuously open public restaurant in the world and is an ideal spot for the most traditional of belly-filling German fare.

For those who aren’t ready to call it a day, this UNESCO World Heritage city of 150,000 has plenty of other attention-grabbing sights in store. The House of Bavarian History in Regensburg can be found just a short walk from downtown, on the banks of the Donau river. (Michael Slavin/Stars and Stripes)

A list of 16 highlights in a city promo includes St. Peter’s Cathedral, the Stone Bridge, Old City Hall and the stunningly ornate Basilica of the Nativity of Our Lady. In German, it is referred to as the Alte Kapelle.

Also, the visually appealing Goliathhaus was the residence of the famed Oskar Schindler for a brief period in 1945.

Cost: Admission is 7 euros for adults, 5 euros for individuals over 65 and groups of 15 people or more; free for anyone under 18 and students under 30.