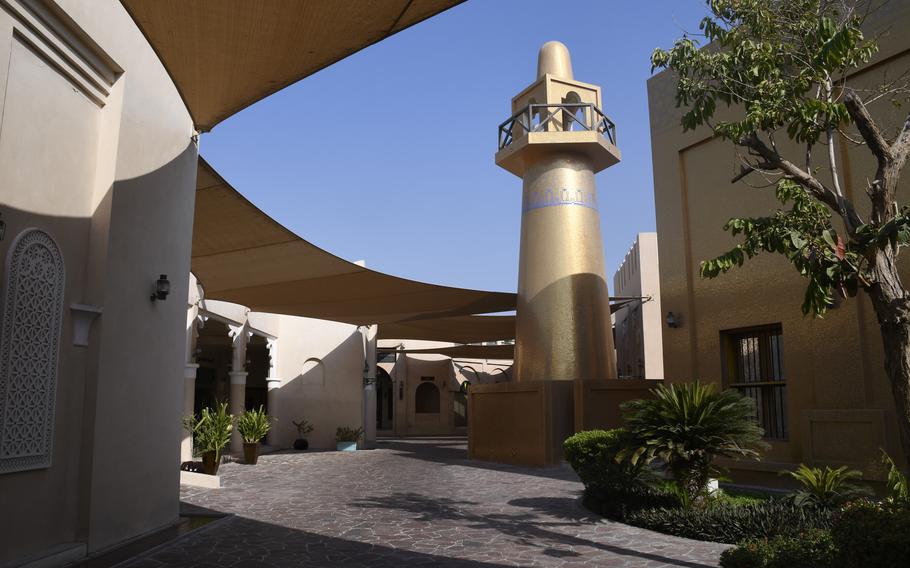 The Golden Mosque at the Katara Cultural Village in Doha, Qatar, is built in the style of the Ottoman Empire but covered in tiny golden chips. (J.P. Lawrence/Stars and Stripes)

The coolest part of Katara Cultural Village in the Qatari capital of Doha was the outdoor air conditioning.

A surprise blast of cold air roared up from a grate embedded in the sidewalk as I ambled down a ritzy promenade in one of Doha’s newest tourist districts.

I ran over another cold air geyser every few yards as I passed the luxury chocolate shop, the Louis Vuitton popup store and a display for underwater jetpacks.

I appreciated the air conditioning’s help in the battle against the sweltering heat, even as I wondered how much it cost, in both riyals and environmental impact. A golf cart shuttles tourists around Katara Cultural Village in Doha, Qatar, and passes the entrance to the district amphitheater as well as a luxury chocolate shop on Oct. 1, 2022. (J.P. Lawrence/Stars and Stripes)

The Katara Cultural Village features beautiful architecture highlighting the city’s historical legacy, all crammed into an outdoor mall. It is a great introduction to Doha’s conspicuous excesses for deployed troops.

The village is about an hour’s drive away from Al Udeid Air Base, depending on the traffic.

After parking outside it, I walked the wide, winding alleys, where I passed art galleries, restaurants and theaters.

I did not visit any of the luxury stores or food halls, but there was some idle fascination to be had in watching other people spend too much money.

There is an amphitheater that looks like a classical Greek playhouse. It also has a planetarium and a mosque with shimmering gold walls. 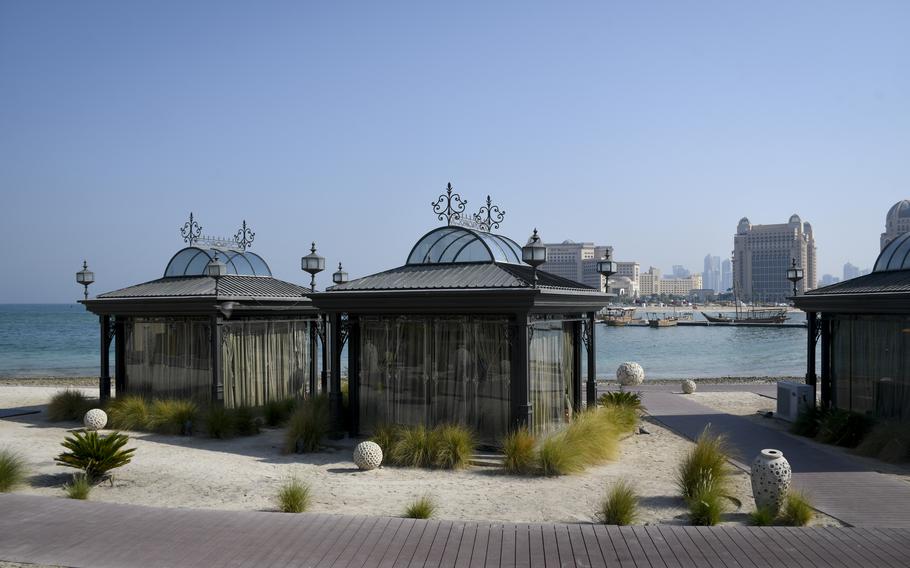 The Katara Cultural Village in Doha, Qatar, has a one-mile-long beach where tourists can go on boat rides and go water skiing. (J.P. Lawrence/Stars and Stripes)

We walked past a beach, where tourists, provided they dress modestly, can rent kayaks and gondolas or go water skiing.

The village’s galleries and event spaces are set to be busy hosting events, including during the World Cup in November and December.

Exhibitions will include a luxury watch showcase, a falconry show, a novelist convention and a performance by the most famous mime in Mexico, according to the event’s planners.

Dining choices range from gourmet establishments to food trucks. If you get tired, free golf carts can drive you where you need to go. And if you run out of money, the ATMs are everywhere. All material needs are taken care of at the Katara Cultural Village. 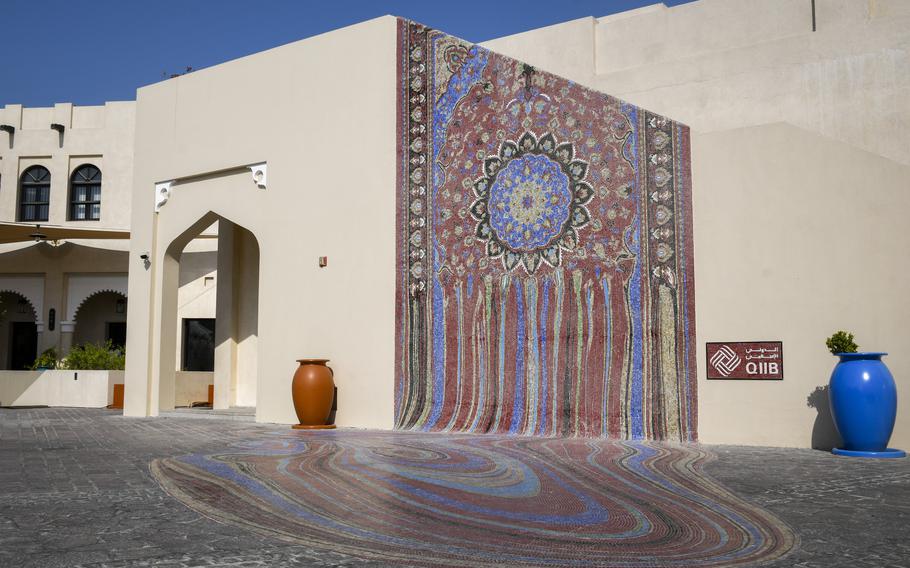 Public art adorns the walls and streets of the Katara Cultural Village in Doha, Qatar, on a rotating basis. (J.P. Lawrence/Stars and Stripes)

The place feels mysteriously unsettling, as if someone from the future re-created the winding streets of an ancient village based on a few blurry photos. On one afternoon, the wide alleys were quiet and empty, except for the hurried steps of the foreign workers who keep the city clean and functioning.

As I walked past a building shaped like a gift-wrapped present, I was struck at how the place feels like Times Square — a self-aware constructed image of itself, where vendors cater to tourists seeking hot dogs, long-running Broadway show tickets and shirts with the Statue of Liberty on them. 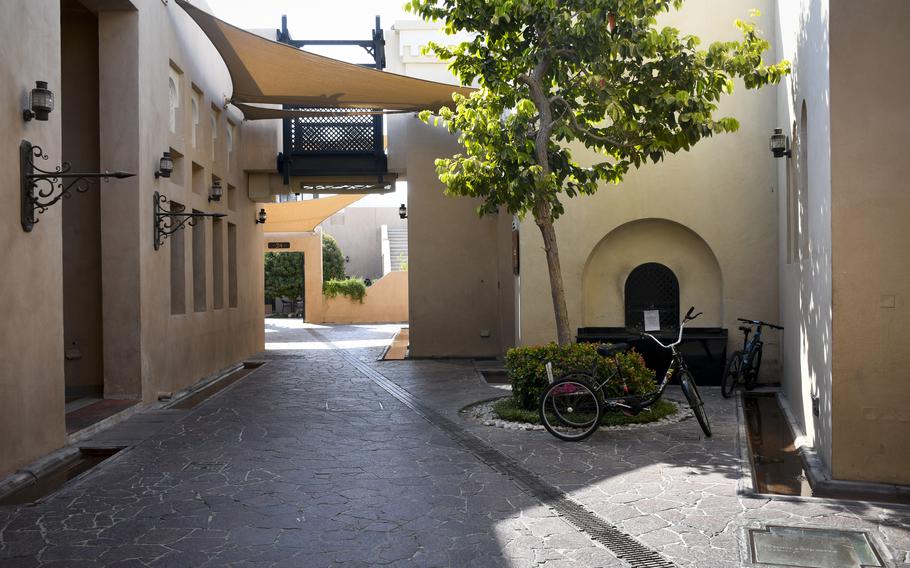 Directions: From Al Udeid, take Salwa Rd. about 15 miles into Doha. Get on the C Ring Road for about 7 miles to get there.

Cost: Free to get in, tens of thousands of dollars for other things.