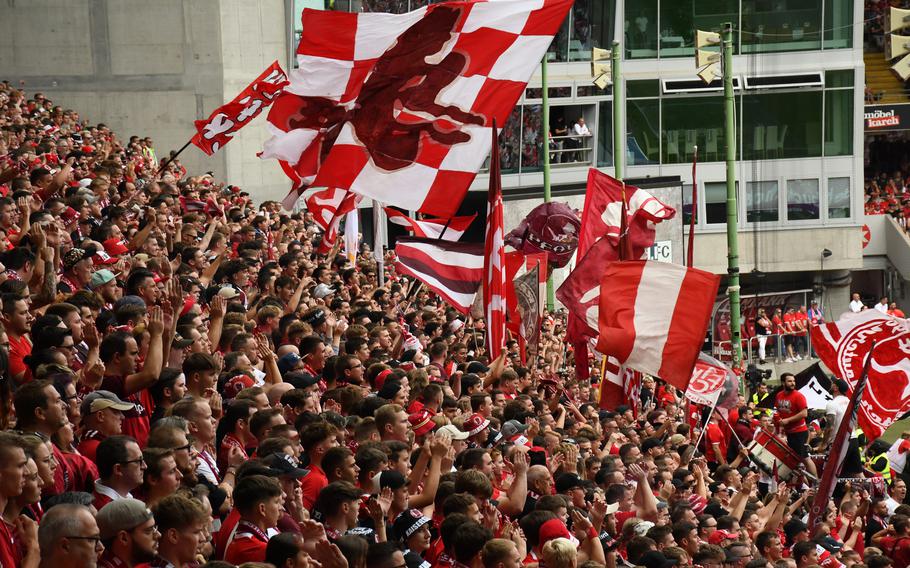 Rowdy sports fans exist the world over, but the soccer devotees in Kaiserslautern always seemed particularly intense to me.

So when I decided to go to a recent 1. FC Kaiserslautern home game alone, I was prepared for the worst.

It was a Sunday afternoon match against Magdeburg. As usual, doors opened two hours before kickoff, and around that time, I was on the corner of Bahnhofstrasse and Eisenbahnstrasse in front of Betzebud, the food stand a stone’s throw away from the train station, where many ticketholders enjoy snacks and drinks before the 10-minute, uphill walk to the stadium. 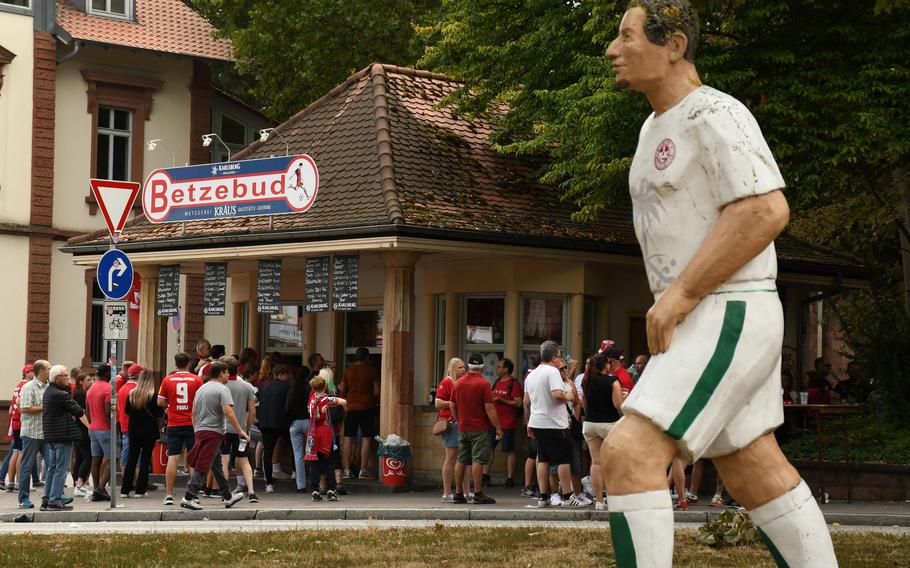 FC Kaiserslautern supporters convene at the Betzebud food stand ahead of a Sunday afternoon soccer game, Sunday, Aug. 28, 2022. The stand is near the Football Without Borders statue project, which was erected in 2006 to correspond with the World Cup. (Phillip Walter Wellman/Stars and Stripes)

The road up was teeming with supporters, and it was difficult to spot anyone not wearing an FC Kaiserslautern shirt, hat or scarf. Those without apparel could buy some at one of several stands along the route. The scarves — the most popular item, according to the vendors — cost between 10 and 13 euros.

As I approached the stadium, it looked like the unruly atmosphere I had expected would become a reality, when a man clenching a bottle of beer began yelling incoherently. But after walking past him and onto the stadium grounds, I found a much different ambience.

I had to make my way around most of the stadium to reach my seat, and at nearly every turn, I saw families with children, couples who appeared to be on dates and even a handful of Americans talking loudly in English. The atmosphere brought back fond childhood memories of going to Detroit Tigers baseball games with my grandpa. 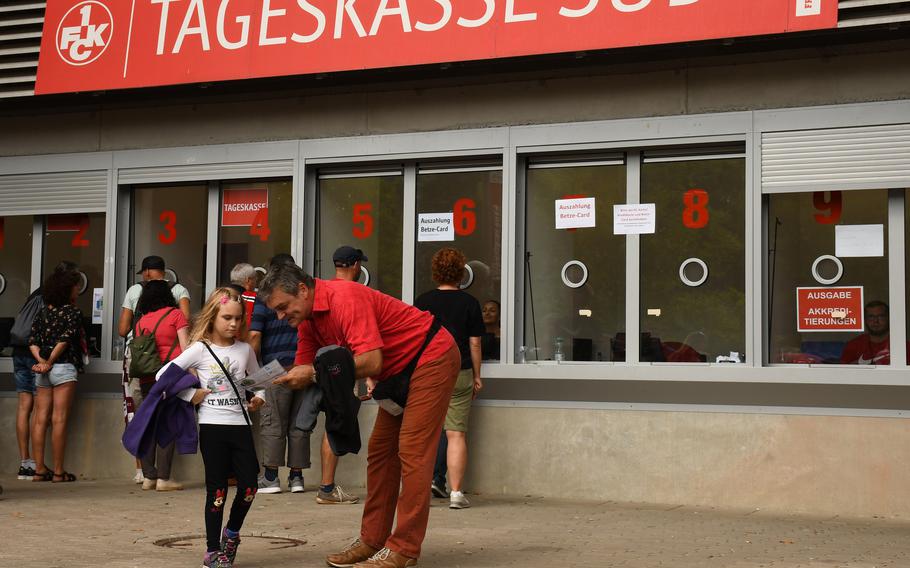 A young girl looks at her ticket ahead of an FC Kaiserslautern soccer game at Fritz Walter Stadium, Sunday, Aug. 28, 2022. (Phillip Walter Wellman/Stars and Stripes)

Moving past the exterior hallways and into the seating area of the stadium was astonishing, as I’m sure most people who experience it for the first time after living in Kaiserslautern for a while would agree. “How have I never been here before?” I asked myself. It’s massive.

The stadium’s capacity of just under 50,000 is about half the city’s population. It’s so big that it was used to host five World Cup games in 2006, including a meeting between the United States and Italy. 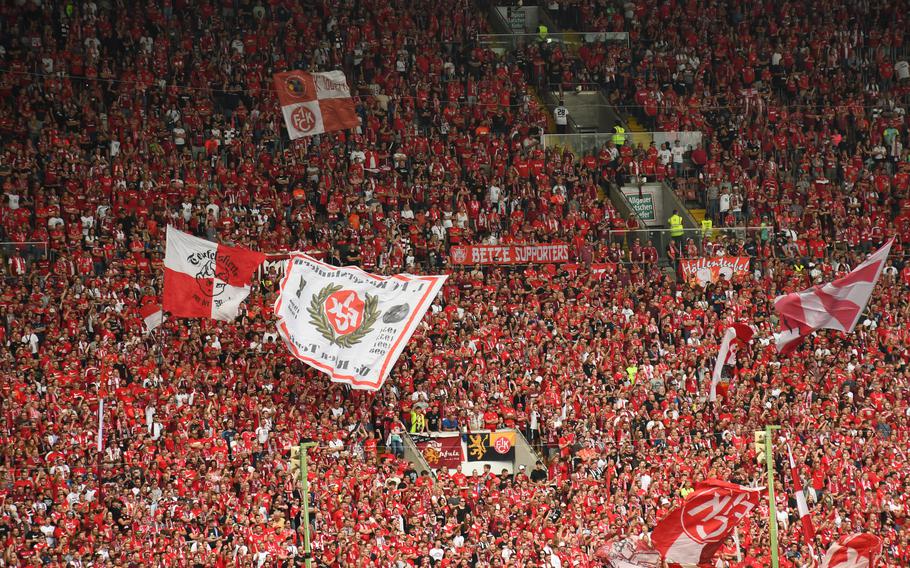 When I bought my ticket a couple of days before the league game, most had already sold out, a testament to the community’s passion for the sport.

Indeed, the only thing I ever hear people who are unfamiliar with Kaiserslautern say they know about the city — besides its large American military community — is its storied soccer history.

FC Kaiserslautern historically has been one of the most successful German soccer clubs and was an inaugural Bundesliga member. The team also formed much of West Germany’s 1954 World Cup-winning squad.

The unlikely victory against Hungary became known as the Miracle of Bern, which helped to heal a nation rising from the horror of World War II and in need of inspiration. Fritz Walter, who spent his entire career with Kaiserslautern, was the team’s captain. 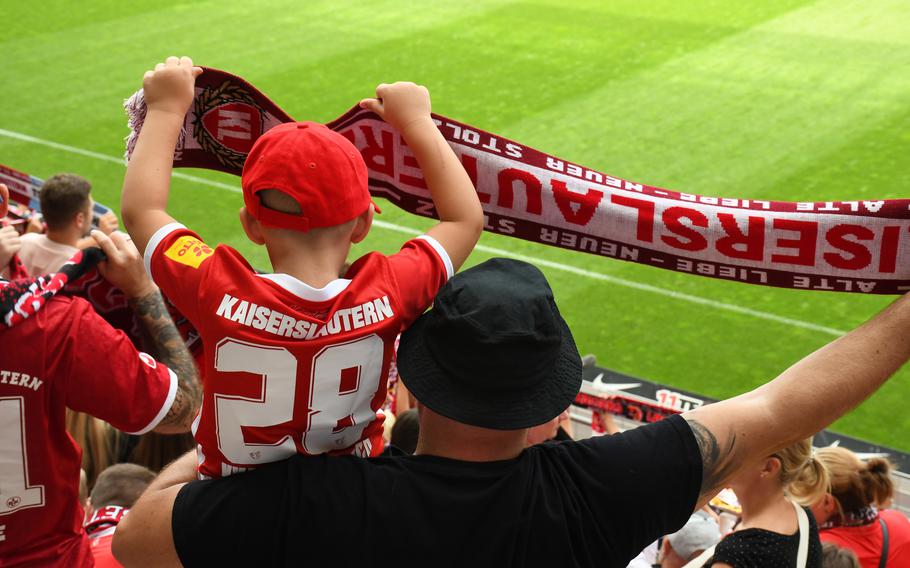 FC Kaiserslautern’s performance has waned in recent years, but it managed to advance from the third to the second division this season, and supporters at the recent league game spent the entire 90-plus minutes cheering for further success.

The synchronized support from the crowd in the form of songs, chants and rhythmic clapping was way more than the occasional wave I remember at the Tigers’ games. It was quite a spectacle.

While the fanatic behavior would be disruptive, even threatening, in town, in the stadium it had a different effect. It evoked a feeling of solidarity that was palpable even though I didn’t know the words to the songs or the chants.

The game itself was entertaining, ending in a 4-4 draw. But the overall experience of being a spectator, and seeing a new aspect of Kaiserslautern, is what I’ll remember most. 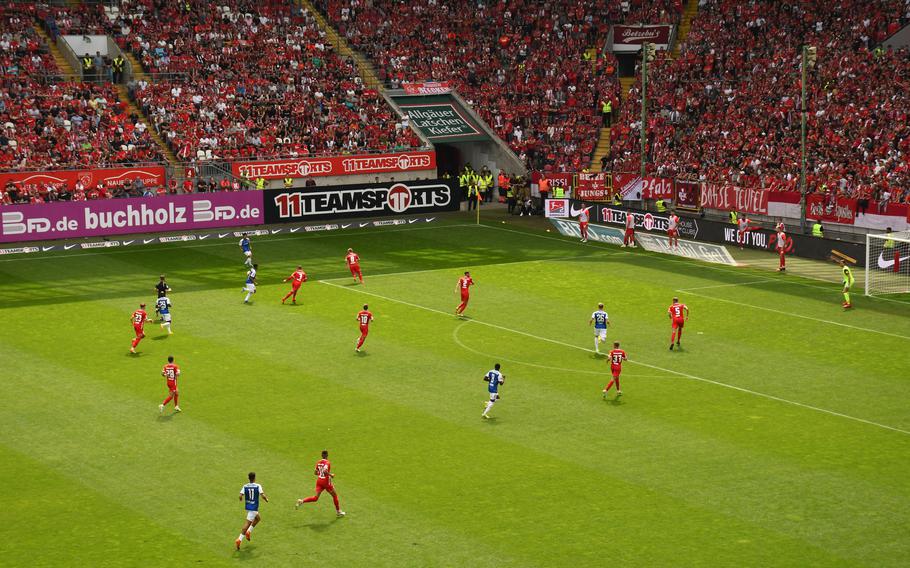 Hours: The dates and times for FC Kaiserslautern home and away games during the 2022-23 season can be found here. A stadium museum is open to the public on the first Wednesday of each month between 2 and 6 p.m. Admission is 4 euros.

Cost: Prices vary depending on seat location. Tickets can be purchased directly on FC Kaiserslautern’s website and require an account.