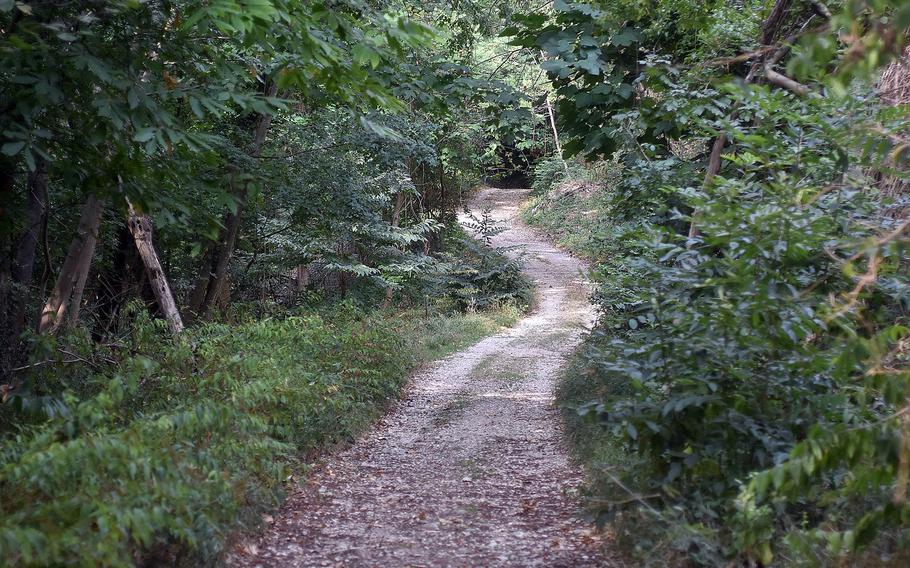 Much of the Gor Nature Trail, which runs between the Italian towns of Budoia and Polcenigo, is along a gravel road. Some stretches are paved with concrete. The trail is suitable for mountain bikes, though a bit rough for strollers. (Kent Harris/Stars and Stripes)

I’ve been stationed at Aviano Air Base in Italy for more than 20 years, but it was only recently that I learned of the Sentiero Naturalistico Gor, or the Gor Nature Trail.

Like most Americans living around the base, if I want to get from Budoia to Polcenigo, I’ll drive the 3 miles or so along the road commonly known as the mountain highway, so named because it runs along the base of the Dolomites. The castle in Polcenigo looms over the town's main square, which is not far from the Sentiero Naturalistico Gor trailhead. The nature trail runs between Polcenigo and Budoia in Italy. (Kent Harris/Stars and Stripes)

But it’s entirely possible to walk between the two towns, which hundreds of Americans call home, without ever seeing the highway or much of anything else other than trees.

The trail itself varies dramatically between Budoia, where there’s a parking lot about a block away seemingly reserved for the hike, and Polcenigo, where the trailhead has a covered driveway. 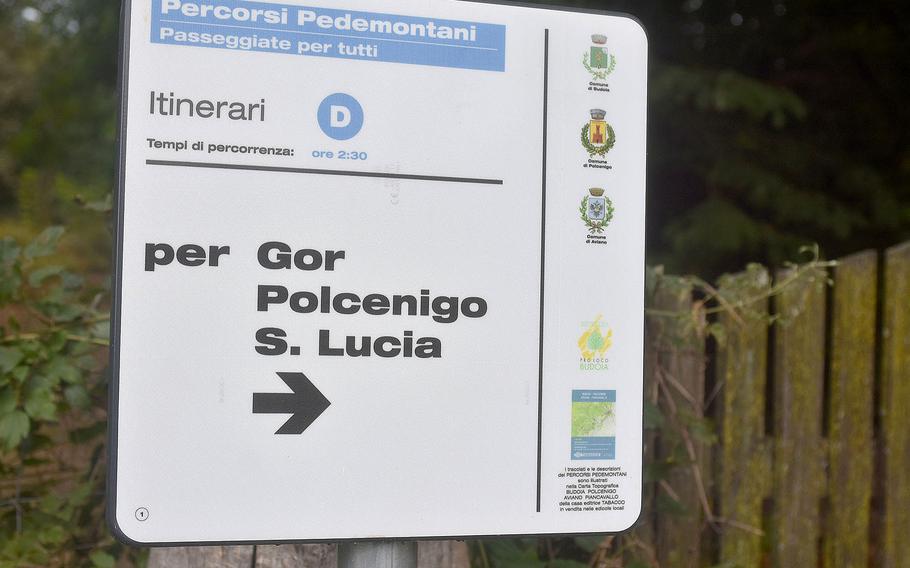 There are plenty of directional signs pointing the way on the Gor Nature Trail between the Italian towns of Budoia and Polcenigo. Hikers are left guessing at only a few spots along the trail. (Kent Harris/Stars and Stripes)

Most of the trail is essentially a rough gravel road, but parts are paved with cement. Three people could comfortably walk side by side, and mountain biking is certainly viable.

The part nearest Polcenigo, though, is a different story, with the path becoming narrow, steep and sometimes hard to spot. A few thorny branches exchanged greetings with my family of four during our recent visit. 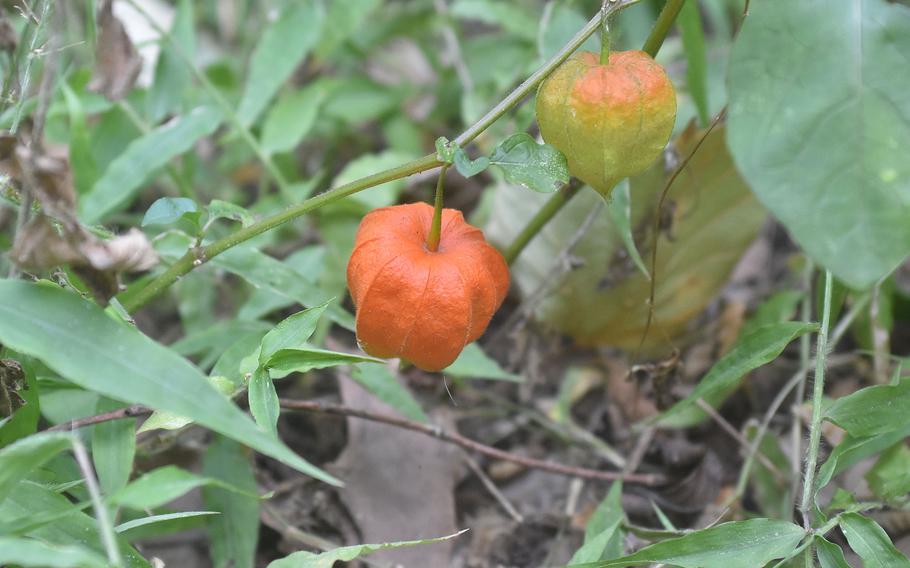 Lucky (and quiet) hikers might be able to see some wildlife such as deer along the Sentiero Naturalistico Gor (Gor Nature Trail) between the towns of Polcenigo and Budoia. Others will have to settle for nature of the floral variety. (Kent Harris/Stars and Stripes)

Regardless, the scenery is fairly common throughout: trees and smaller flora. The sign at the Budoia entrance indicates there are deer and other wildlife. But we saw only a few insects, prompting an exclamation of “ooohh, butterflies!”

The scarcity of fauna for us was at least partially because the two youngest members of the family aren’t exactly known for their stealth abilities. 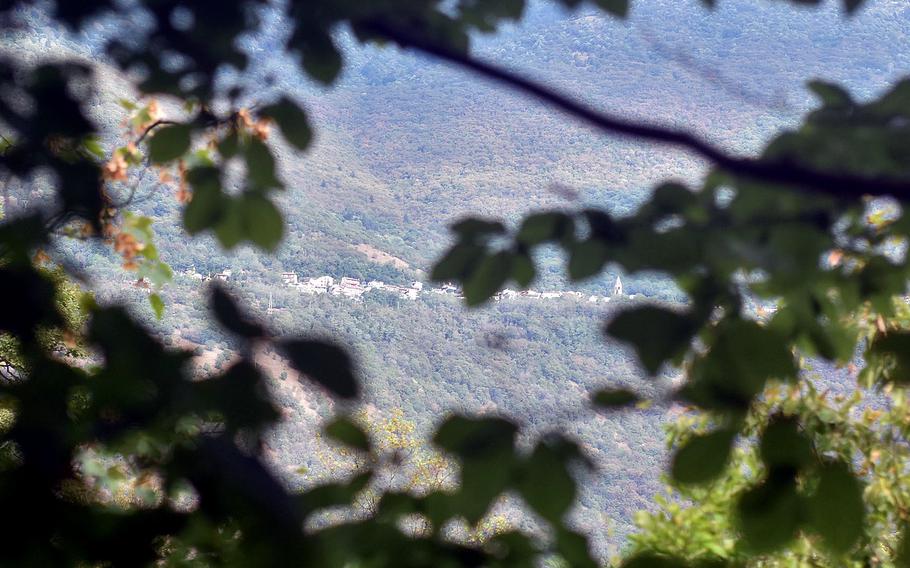 The town of Mezzomonte offers a rare glimpse of civilization on Italy's Gor Nature Trail, which runs between Budoia and Polcenigo. (Kent Harris/Stars and Stripes)

With mouths shut, though, the trail is very quiet. There are no sounds of the cars making the much quicker trip. The few other hikers could be heard before they were seen.

Only the bells ringing in the tower of the Church of Santa Lucia, a short diversion from the path, can be heard for most of the way. 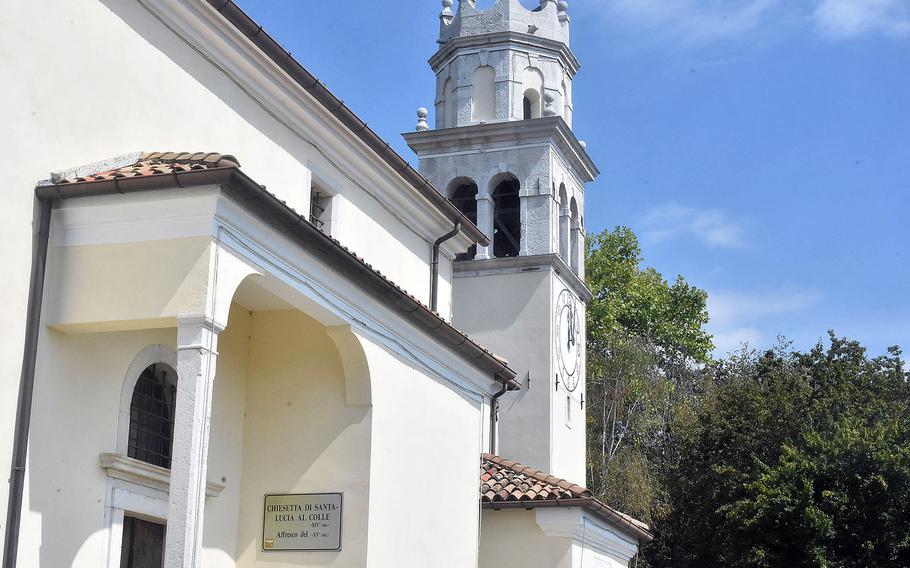 The Church of Santa Lucia can be seen on a side trip from the Gor Nature Trail. The short path is paved with cement and is very steep. (Kent Harris/Stars and Stripes)

There are dozens of trails of varying length and difficulty around Aviano and hundreds within a few hours of the base. Seasoned hikers either have maps or have walked them enough to know the way. 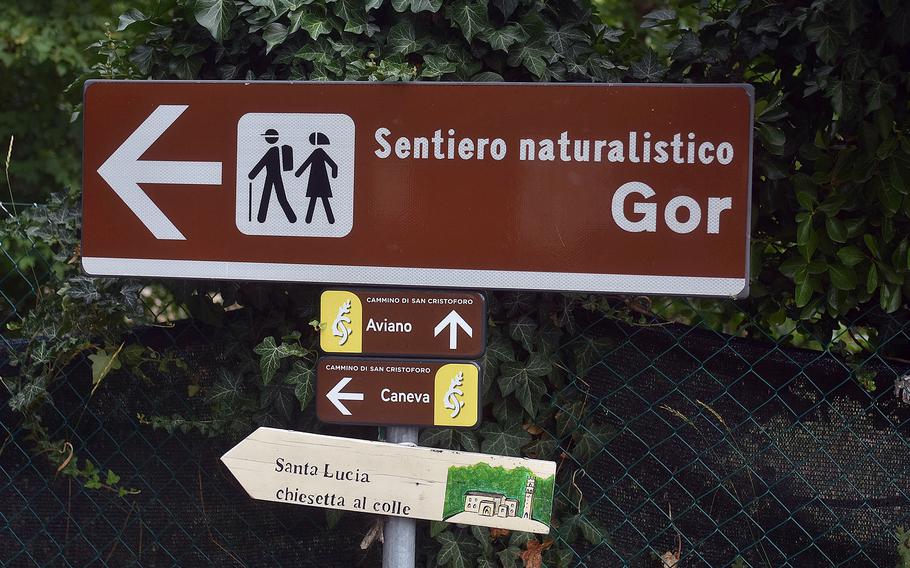 The Gor Nature Trail, near Aviano Air Base in Italy, offers dozens of walking paths and plenty of solitude. (Kent Harris/Stars and Stripes)

Many, the Gor Nature Trail included, don’t seem to have many flat stretches. You’re going either uphill or downhill most of the time.

We followed the white signs pointing out the way along the trail. There were only a few times we had to guess. 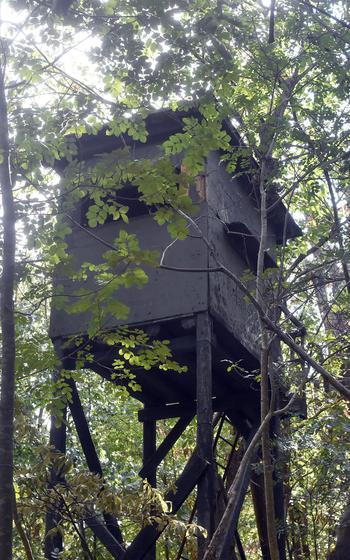 There are only a few buildings along the Gor Nature Trail in Italy, and almost all of them have seen better days. (Kent Harris/Stars and Stripes)

Those choices were few enough that the trip back went smoothly. Though maybe that’s because, with a few exceptions, it seemed like it was mostly downhill.

Directions: Budoia is about 7 miles northwest of Aviano Air Base. Polcenigo is 3 more miles to the west. The Budoia entrance to the Sentiero Naturalistico Gor is along Via Cialata in the southwest part of the city. There’s a parking lot about a block to the northeast. At Polcenigo, the trail entrance starts in a covered driveway off Via Longone. Look for the white sign.

Cost: Parking is free at the lot in Budoia.

Hours: Unless repair work is being done, the trail is always open. Hiking at night would require a flashlight or headlamp.