Opel Villas in Ruesselsheim, Germany, has become a center for cultural experiences 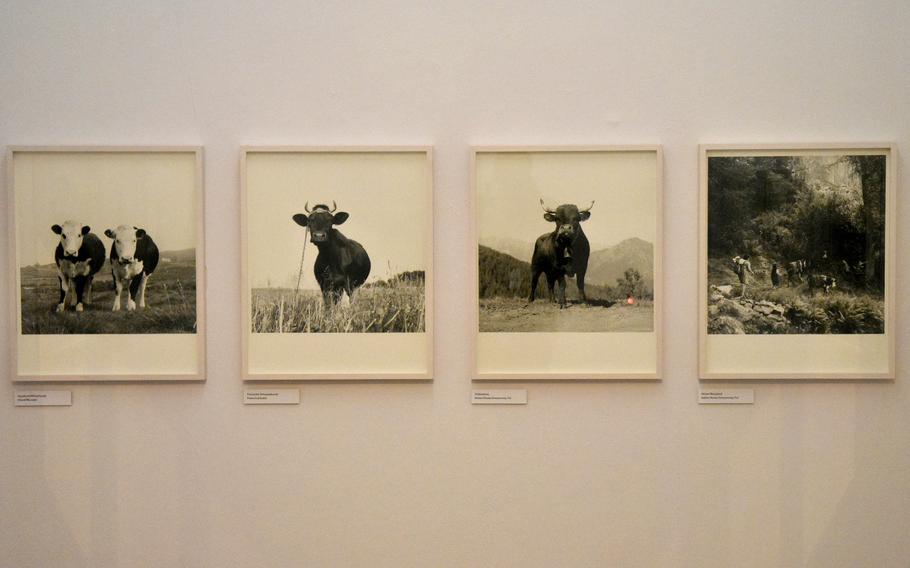 In the late 1990s. the German city of Ruesselsheim resolved to turn a complex of villas on the River Main into a cultural hub, making the onetime private residences a posh showcase for public functions.

Since then, the Opel Villas have lent their splendorous setting to exhibitions, concerts, lectures and the like while preserving mansions previously owned by the family that founded the Opel vehicle brand.

As the city where Opel is headquartered, Ruesselsheim is practically synonymous with the automaker founded in 1862.

The first of the current three villas in the ensemble was built in 1916 and includes a winter garden that was restored to its former magnificence in 2012 after decades of neglect.

The second villa, which Fritz Opel called his “castle on the Main,” is now the exhibition space. A modern third villa was built in 2002, giving the Opel Villas an architectural range spanning almost a century.

The Art and Culture Foundation, a nonprofit organization that cares for the Opel Villas and puts on the events there, changes the exhibitions every four months.

I went to one titled “Art for Animals: A Change of Perspective for People,” which runs through Feb. 6, 2022. The exhibition introduces artists who turn to animals to examine our relationships with and love for critters of all kinds. 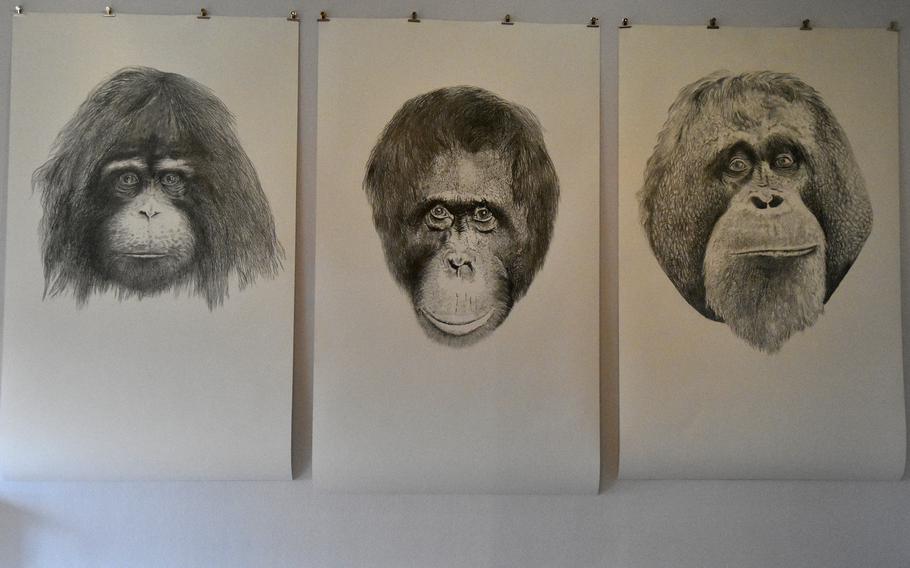 Buy Photo
Gabriele Muschel’s “Orang-Utan” hangs in the Opel Villas in Ruesselsheim, Germany. It is part of the show “Art for Animals: A Change of Perspective for People,” which is on display until early February. (David Edge/Stars and Stripes)

Two pieces by artist Esko Mannikko caught my attention. One is a picture of a baby lamb being bottle-fed by an old man smoking a cigarette in his kitchen. 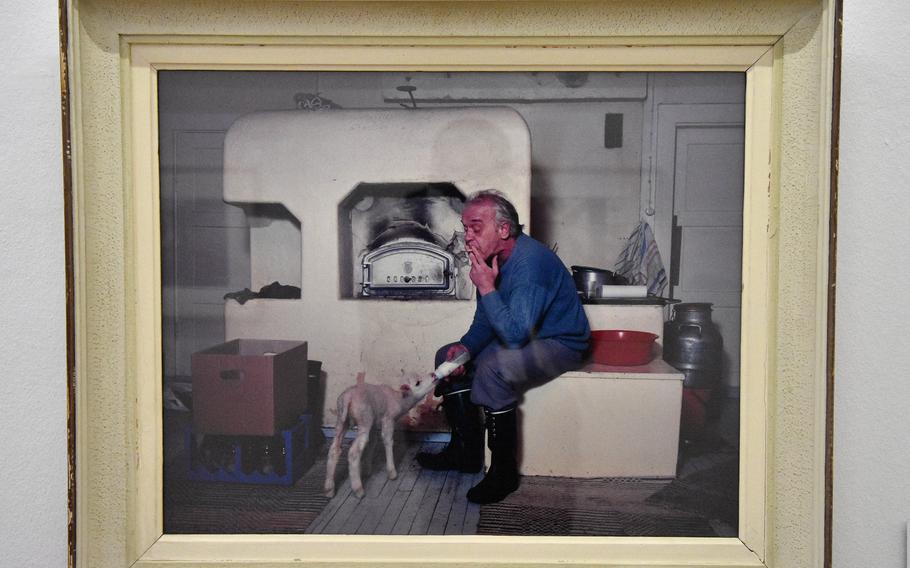 It is placed next to a closeup depicting the face of a horse, which has snow in its hair and a tear running down its eye. The juxtaposition of one animal receiving loving attention with another left cold and lonely was striking for me.

Some of the pieces in the exhibition are whimsical. For example, Dominika Bednarsky’s “Snails” consists of several dozen ceramic snails or slugs on the floor in one of the rooms. There are also four birds’ nests made of different materials by Bjoern Braun. 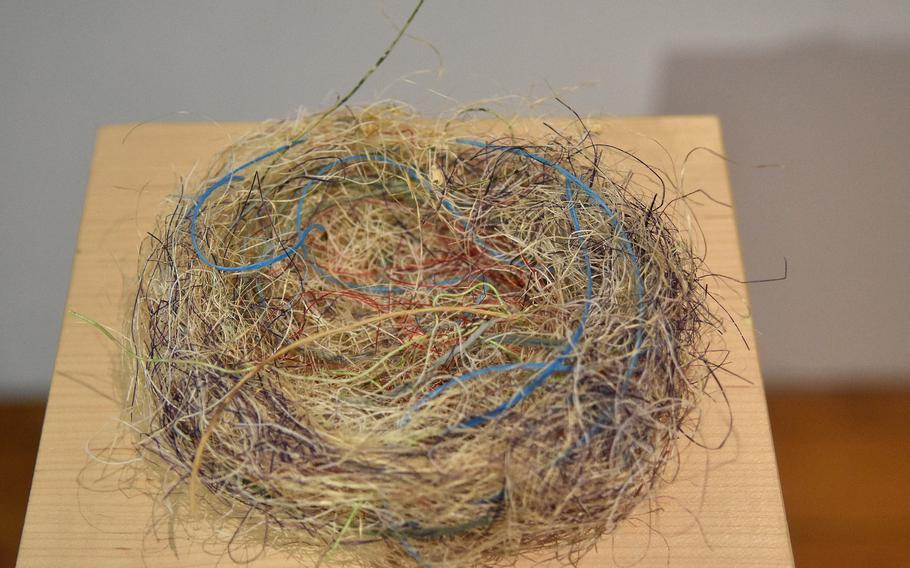 Buy Photo
Bjoern Braun’s “Ohne Titel” is one of four birds nests made of different materials that the artist created for an exhibition running now at the Opel Villas in Ruesselsheim, Germany. (David Edge/Stars and Stripes)

The artist duo of Kroot Juurak and Alex Bailey created video presentations in which they show themselves performing for animal visitors rather than human ones, thus changing the paradigm of art that merely reproduces animals.

The Opel Villas have another animal-themed display going now as well. “The Wolf in Us, 2020” is a sound installation constructed by performance artist Valie Export that explores the division between humans and animals.

There is no admission charge for this exhibition. Like “Art for Animals,” it runs through Feb. 6, 2022.

A comprehensive listing of exhibitions both current and former can be found on the Opel Villas website. An English version of the website text is available, although detailed descriptions of the current exhibitions are given only in the German version..

Besides the art, the free on-site parking also made the Opel Villas a pleasure for my short excursion.

During the summer months, though, the adjacent greenspaces and nearby river terrace with views of the Main offer an incentive for visitors to linger and enjoy a more leisurely stay.

For those looking to have a meal during their visit, Restaurant Opelvillen is on the premises. It serves Italian cuisine and is moderately priced, with most items costing 10 to 20 euros.

The Opel Villas aren’t the only architectural marvel in the area, incidentally.. Ruesselsheim is a short drive from Mainz, with its famous, red Romanesque cathedral.

The cultural offerings of the Opel Villas can easily be paired with a side trip affording travelers a chance to soak up the many charms of Mainz. Buy Photo
The Opel Villas in Ruesselsheim, Germany, are an art and cultural center in two former manor homes on the bank of the River Main. On exhibit through early February is “Art for Animals: A Change of Perspective for People.” (David Edge/Stars and Stripes)

Miscellaneous info: The 2G rule is in effect. Proof of vaccination against or recovery from COVID-19 is required for all adults and for children of school age.

David Edge
David reports for Stars and Stripes from Wiesbaden. He is from Texas.