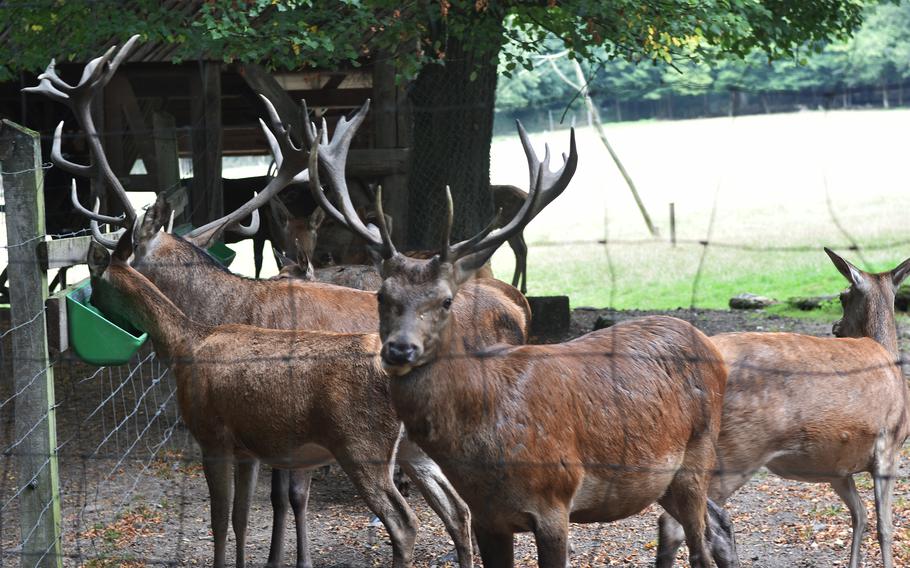 Wiesbaden’s wilderness park, or Tier- und Pflanzenpark Fasanerie in German, offers a reprieve from the hustle and bustle of everyday life. Nestled in the woods on the outskirts of town, the park is part zoo, part playground.

But be forewarned: It is not easy to find. I drove past it twice before I saw the little sign with the name on it.

A 30-minute drive from Hainerberg, set in the hills on the far side of Wiesbaden, the wilderness park sits on land that was once the hunting grounds of nobility from the region.

First created in 1750 as a pheasant run by Prince Karl von Nassau-Usingen, it remained in his family until 1912, when the city of Wiesbaden acquired it. The city opened the wilderness park in 1955.

The park is unlike any zoo I have ever visited. For a start, all the animals are native to Germany -- no tigers or lions, but there were bears, wolves and foxes.

The bear and wolf enclosures were blocked off, but I did see a couple of bears feeding on wild blackberries in the distance. Sadly, they were too far away for me to get good pictures.

There were also bison, or buffalo, which surprised me. They were smaller than their North American cousins but still very impressive. 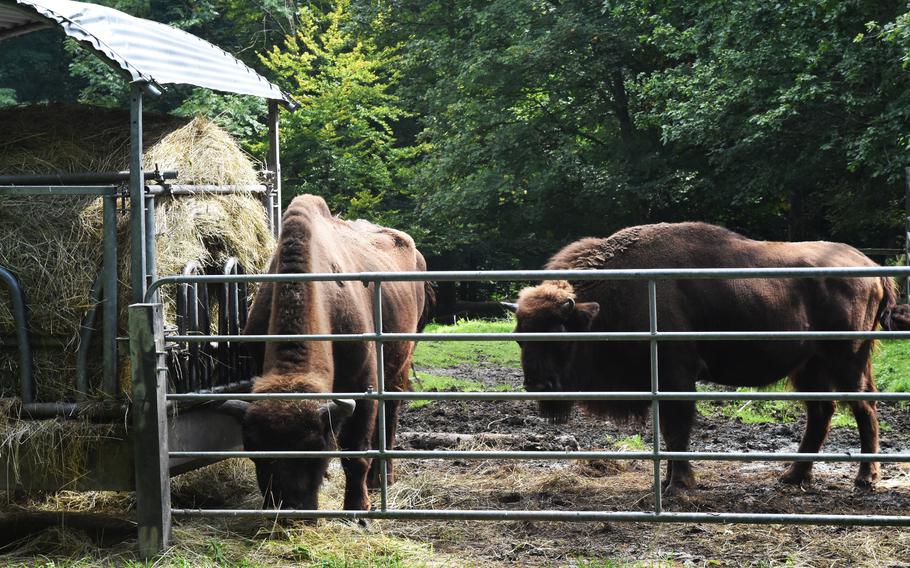 And there were herds of deer, including what looked to be an eight-point buck. When I saw the majestic beast, I couldn’t help but think about all my friends and family members who would love a chance to hunt him.

The bird, fox and small-rodent enclosures all bleed into one another and were hard to tell apart.

The park has a new facility dedicated to birds of prey, where visitors can ogle owls and eagles, kestrels and buzzards.

Informational displays show silhouettes of the birds in flight, and a sculpture fashioned out of oak depicts a European owl.

The enclosure for foxes, badgers, European hamsters and mice has an above-ground tunnel that simulates the experience of being beneath the Earth’s surface in the animals’ habitat.

Besides the animal enclosures, the park has 18 structures called “energy stations,” which are supposed to be places where people can improve their well-being. The energy stations are situated on a circular route and were designed in coordination with a psychotherapist.

Signs explain how to use each station to strengthen resistance to sickness and stress by tapping into the invigorating power of the natural world.

An exhibit titled “Fasanerie in Transition,” which runs through Oct. 31, traces the history of the site and its development into a modern showcase for wildlife.

Parts of the park, including the bear bridge and viewing platform, the sheep pen and the pheasant aviary, have been shut down because of the COVID-19 pandemic. Animal feeding shows for the public have been suspended until further notice.

As for the feeding of people, there is a nice restaurant right next door.

Parking and admission to the park are free. 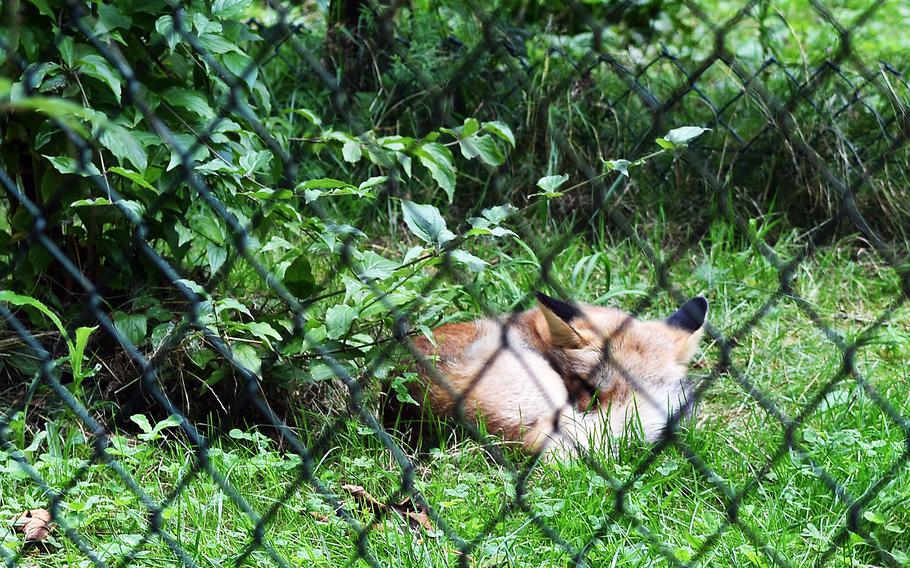 Buy Photo
A fox naps in its enclosure Sept. 1, 2021, at the Tier- und Pflanzenpark Fasanerie in Wiesbaden, Germany. (David Edge/Stars and Stripes)