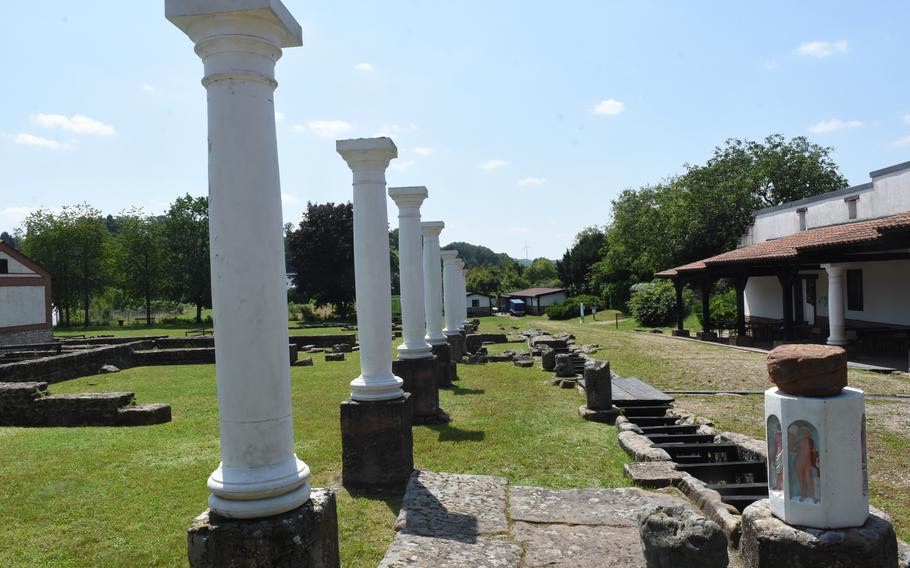 Buy Photo
Ruins from an old Roman settlement dating back some 2,000 years can be explored at the Roman Museum Homburg-Schwarzenacker. The museum is less than an hour from Kaiserslautern, Germany. (Jennifer H. Svan/Stars and Stripes)

Our tour of the Roman Museum Homburg-Schwarzenacker started in the second half of the 18th century, with an exhibit of about 30 paintings from the late Baroque period.

The landscape and animal portraits on the museum’s first floor weren’t what we were expecting.

But after climbing some stairs, we found ancient Rome on the second floor. Relics were displayed across several small rooms, including tall terracotta pots that appeared broken and glued back together; iron knives, rusted with holes, dated between the first and third centuries A.D.; and a collection of coins that were even older, the faces of gods and goddesses long since worn away. 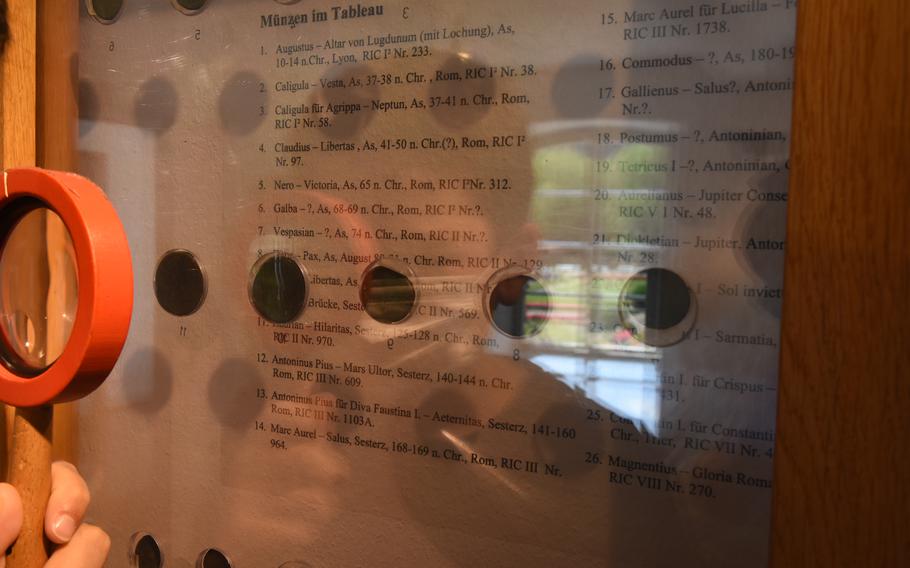 The artifacts are testament to the Roman Empire’s presence in western Germany — the objects were unearthed where once mighty settlements stood west of the Rhine River.

One of those outposts was Schwarzenacker, the name given to a Roman town that flourished for about 300 years.

A portion of what remains of the village comprises an open-air museum on the grounds behind the main building, a farm house built in the 1800s. The site holds remnants of old cobblestone roads, stone foundations, cellars, gutters and wells, giving visitors a rare glimpse into Roman life. 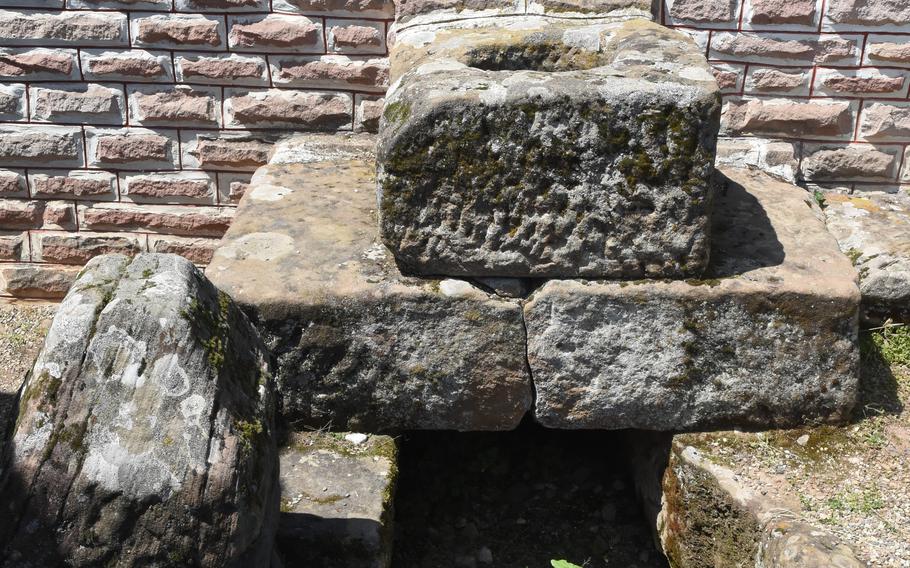 Buy Photo
A stone latrine can be found behind a building that was believed to be a tavern inside a former Roman settlement at the Roman Museum Homburg-Schwarzenacker, less than an hour from Kaiserslautern, Germany. (Jennifer H. Svan/Stars and Stripes)

The town’s 2,000-some inhabitants were pushed out around 275 A.D. by Germanic tribes, according to a brochure in English purchased for 50 cents at the ticket counter and gift shop. Monks from a nearby abbey discovered the ancient town in the Middle Ages, when their plows struck the underground stone foundations and they noticed blackened soil, likely from fire when the town was invaded. Excavation of the settlement began in the 1950s. 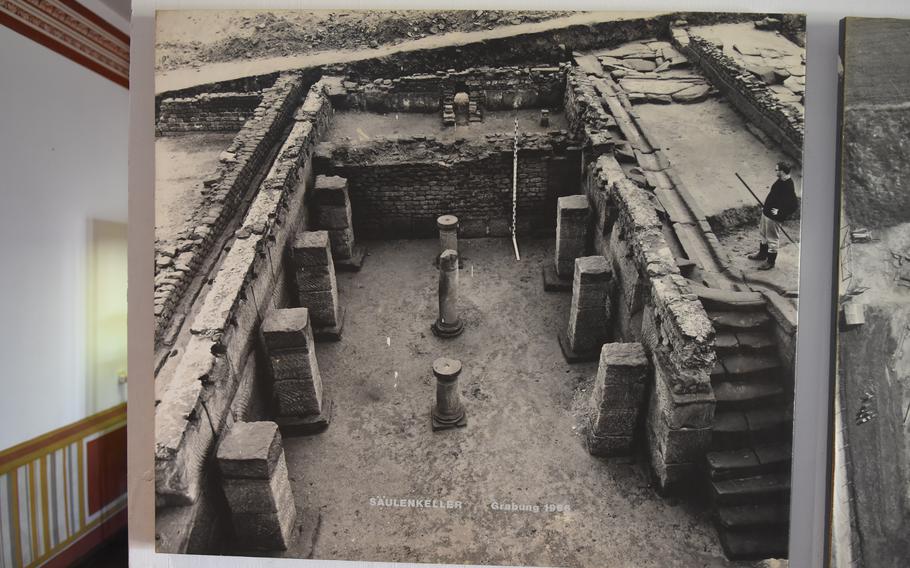 Buy Photo
An old photo on display at the Roman Museum Homburg-Schwarzenacker shows a cellar excavated in the 1950s. Stone foundations and partially refurbished buildings give a glimpse into how inhabitants of the former Roman settlement lived some 2,000 years ago. (Jennifer H. Svan/Stars and Stripes)

The buildings have been partially reconstructed to look more like a village, but you can wander among and step over the original stone paths and foundations. Visitors can also take the stairs into a cellar supported by old stone columns and peer into sandstone “cooling chests” used to preserve food. We even found what looked like an ancient stone toilet.

That tangible connection to the past makes the museum well worth a visit.

Information onsite is in German but the English brochure maps out and describes 20 sites, including a few places of interest in the large, manicured garden and courtyard between the museum and the settlement ruins.

Follow the map and you’ll find, among other places, an old inn, the rooms clustered around a courtyard with sandstone tiles, and the refurbished “eye doctor’s house,” where remains of a dog were found in the floor. The name of the building originates from a square stone prescription listing an ointment used to treat eyes and the name of the doctor: Sextus Ajacius Launus. 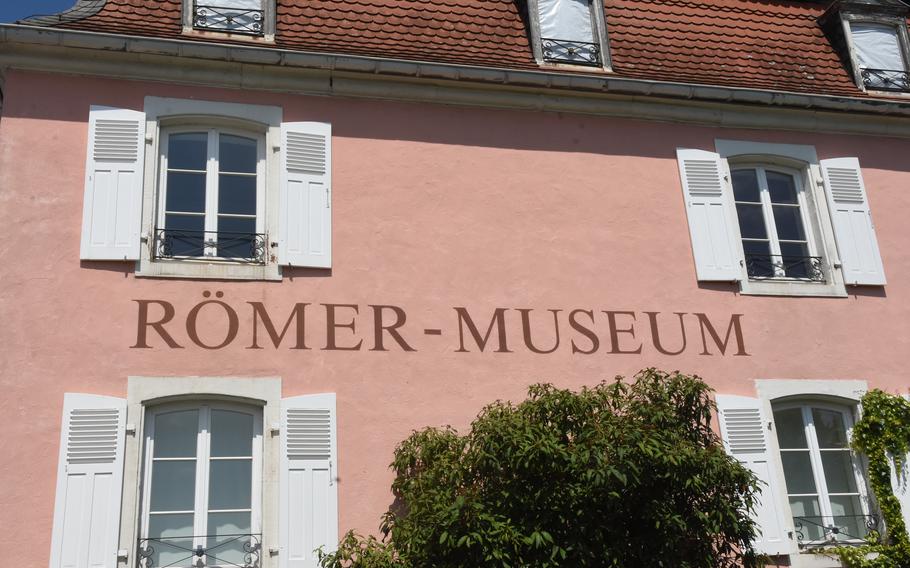 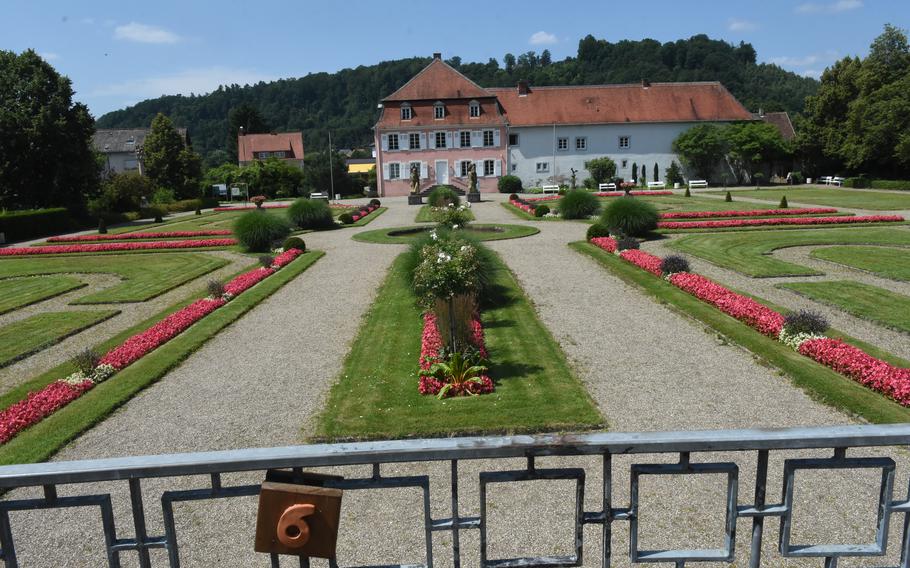 Directions: To reach the Roman Museum Homburg-Schwarzenacker from Kaiserslautern or Ramstein Air Base, take A6 west towards Saarbrucken to exit 9 near Homburg. Get off at exit 9 and turn left. Follow B423 for about five miles. The museum, a three-story pink building in a refurbished farmhouse, is on the right, across the street from a Barbarossa bakery. Turn into the parking lot before passing the museum. Parking is free.

Times: From April to October, the museum is open from 9 a.m. to 5 p.m., Monday to Friday; and from 9 a.m. to 6 p.m. on Saturday, Sunday and public holidays. The opening hours list a daily lunch break from 12:30 to 13:00, so the ticket counter may be closed during that time. In March, hours are 10 a.m. to 4 p.m. daily. The museum is closed from November through February.