Bathe in beer hot tubs in the Czech Republic 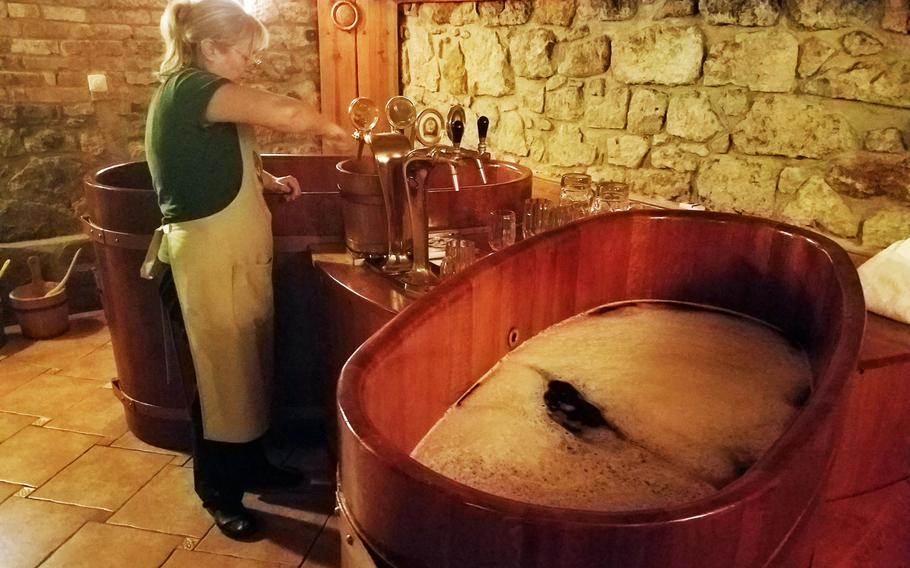 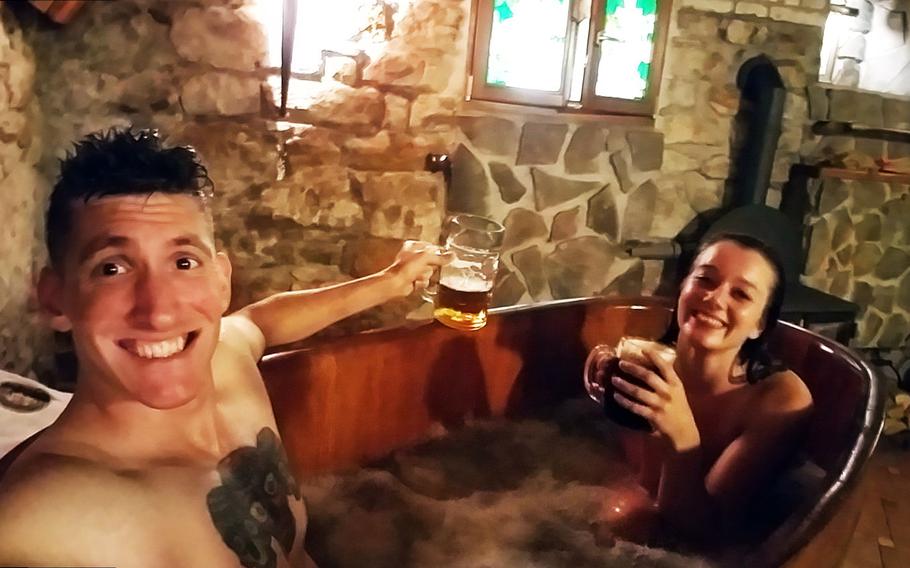 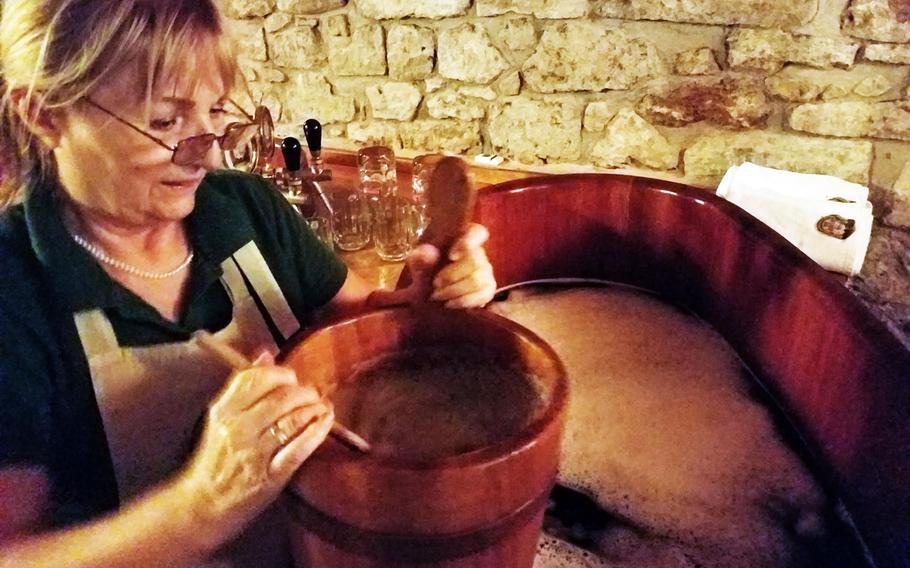 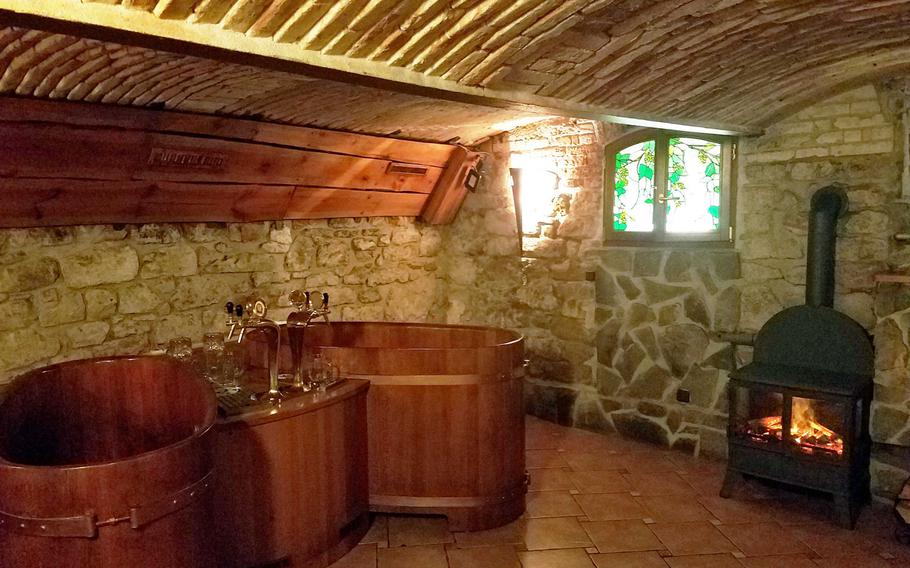 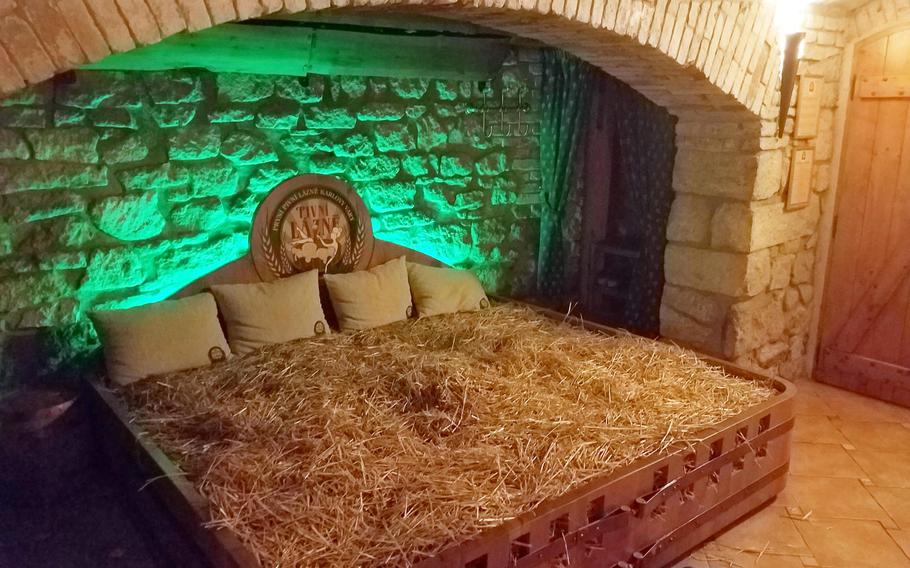 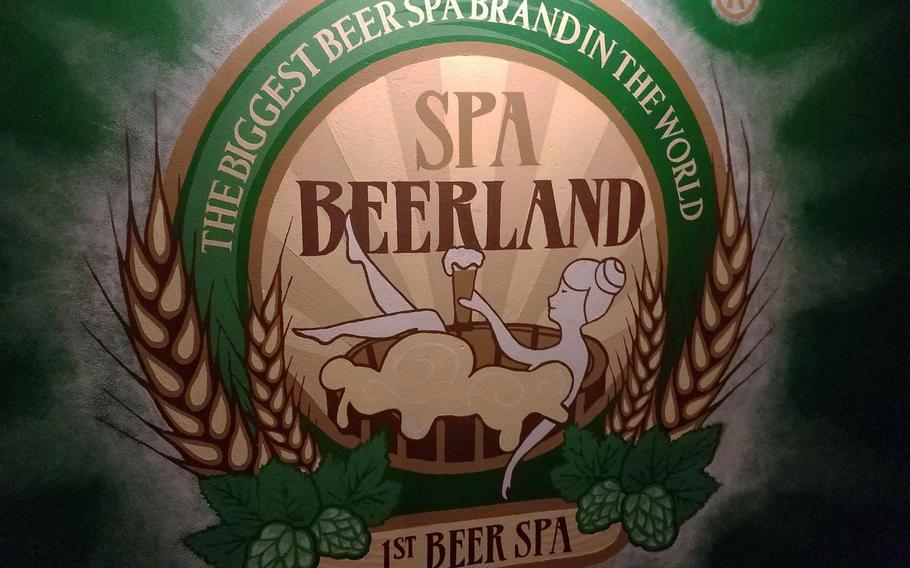 Hot tubs are relaxing. But what would make them better?

Much to my delight, I have discovered that beer hot tubs are, in fact, a thing in the Czech Republic.

If you’re stationed in Germany, you might think that Germans are the only culture that has a huge brew-loving tradition; however, the Czech actually drink more beer, per capita, than any other country in the world, and even invented one of the most popular beer styles in the world, Pilsner, in 1842.

But the beer-loving Czechs didn’t stop there.

They made beer spas for people to soak up in suds and relax in possibly the coolest way you can think of.

There are beer spas in most tourist-friendly Czech cities, like Prague and Pilsen (where pilsner beer was invented), and I’ve been to several of them.

I say “the original” because it has a plaque in the front recognizing it as the world’s first beer spa by the World Beer Heritage. There are also others in town, but I’ve found this one to be the best.

On the inside, as you descend a stone staircase, an atmosphere of thick, hoppy goodness hits you with each step.

At the bottom, a Czech lady will greet you and will show you to the “hop tubs.”

The 16th-century stone room has a huge straw bed, and a hot tub/bar contraption taking up most of the room.

The wooden tubs are attached to a draft beer dispenser and you’re allowed to drink as much as you want of either of the two varieties, pilsner and dark beer.

The tubs themselves are filled with hot water and literal buckets-full of hops, malt, barley and other beer ingredients.

The beer tub water is not alcoholic, as it hasn’t fermented yet, so it’s not sticky. It actually feels amazing. It’s also really good for your hair and skin. Trust me, I’ve done this a few times, and my hair is never as soft as after a beer spa.

However, the beer tub lady will pour a large amount of fermented, regular beer into the tub, too. And that’s sort of the fun part about it. You can pour as much beer in it as you want.

If you’re sharing the tub with someone, you’re encouraged to have “beer fights” and splash your suds into your tubmate’s face. Bonus points if they aren’t looking.

Then you just relax like how you imagine a barbarian king’s fantasy would have been, lounging in the tubs, until you’re supposed to lie down in the hay bed, which, according to the Czech lady at the front desk, should be done after so many minutes of hop-water soaking.

The hay bed is OK. I like the smell. But I usually just sneak back into the tub and have another glass of beer.

COSTS: 70 euros for one hour; discounts on multiple hours

FOOD: There’s beer to drink, and lots of it.