The sushi burrito is ‘Insta-ready’ at Viet Phap The sushi burritos at Viet Phap, a restaurant in Ramstein-Miesenbach, arrive in a haze due to the dramatic effects of dry ice. (J.P. Lawrence/Stars and Stripes)

Sushi burrito. Those two words sold me on a visit to Viet Phap.

For years, I had been dreaming of a burrito filled with tasty fish and well-vinegared sushi rice. Now the dream was a reality, courtesy of Germany.

The restaurant offers an eclectic assortment including sushi in burrito, bowl and regular forms as well as Vietnamese specialties and European steakhouse fare.

The eatery is next to the Broadway Kino movie theater and the McDonald’s in Ramstein-Miesenbach, within walking distance of the train station in Landstuhl.

Viet Phap’s burritos are about the same size as those found at places like Chipotle or Qdoba.

The nori seaweed wrappers contain rice, lettuce and fillings such as raw tuna or salmon. One version, the California burrito, had imitation crab meat, corn and avocado.

The results were delicious, although I wished, as I often do after eating sushi, that there had been more fish.

After the sushi burrito, I sampled other items from the menu, a tome so voluminous that one could get lost flipping through the many pages. My dining partner and I pointed out locations in the menu, like tourists navigating a map of a new place.

I ordered a sushi bowl, which had cubes of tuna sashimi, draped in mayonnaise, on top of delicious rice and greens. The lettuce in my sushi bowl, however, was a bit pale and reddish on the edges. 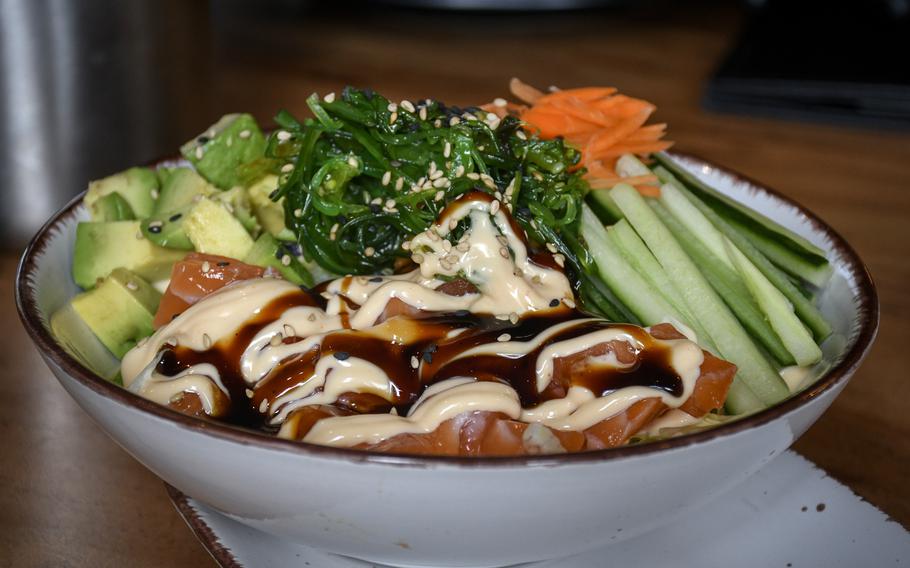 Sushi bowls at Viet Phap, a restaurant in Ramstein-Miesenbach, offer a mix of fish and vegetables. (J.P. Lawrence/Stars and Stripes)

The pho bo proved hearty, and the broth was flavorful. But I wished there were more types of pho to choose from, like tendons or tripe. 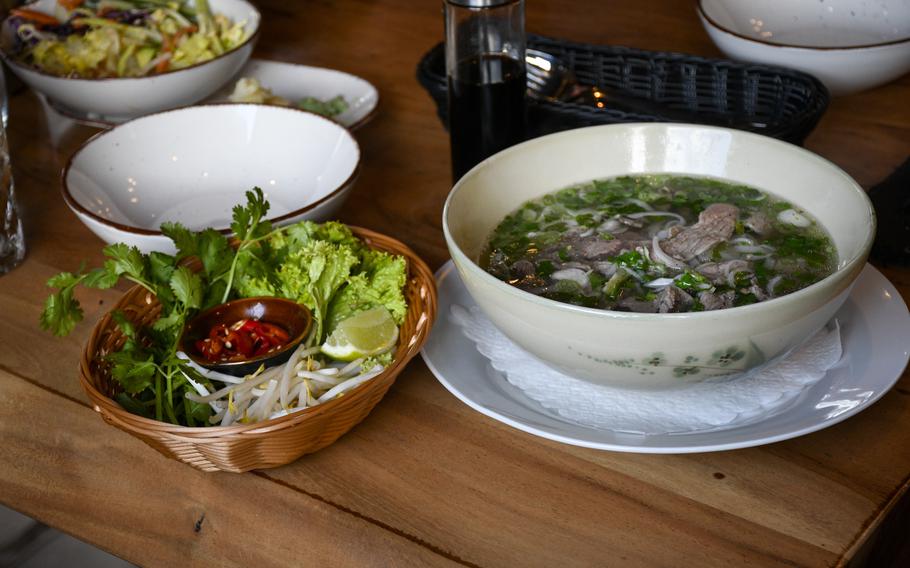 The Thai basil lemonade proved refreshing. It has cranberry juice, lime juice, cane sugar and basil leaves. But it wasn’t too sweet. The owner was friendly, as were the staff. He told me that delivery to Ramstein Air Base locations is available, but only when the restaurant is not too busy. The preferred method for eating at home is calling ahead and picking up the order, which I saw a few people take advantage of during my meal.

The restaurant’s interior looked modern and sleek, with long benches for big groups. A few of the tables were filled with families, although there were also a few Americans who seemed to be on dates.

Viet Phap’s food also comes with a bit of dramatic flair. When my order arrived, the waiter poured water into a cup of dry ice, to summon tendrils of photogenic fog.

You can’t eat fog, of course. But the dramatic smoky effect made for a good photo for social media. 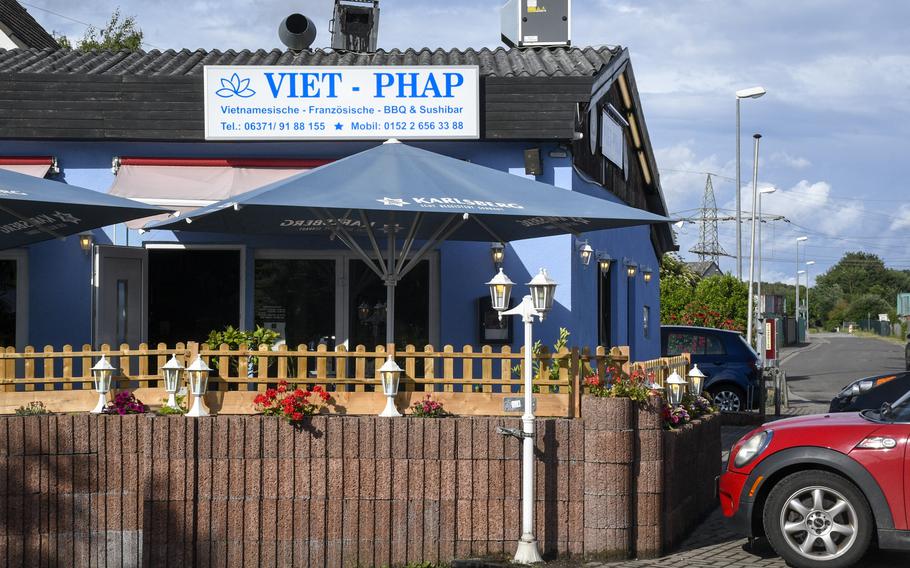 Viet Phap is near the Broadway Kino movie theater and the McDonald’s in Ramstein-Miesenbach. The most popular choice of parking is along the street. (J.P. Lawrence/Stars and Stripes)

Location: Bruchwiesenstrase 17, Ramstein-Miesenbach. The most popular choice of parking is along the street.

Cost: Main dishes range from 10 euros for a sushi combo or a bowl, up to 35 euros for steak dinners and sashimi platters. Appetizers, salads, desserts, drinks and small orders of sushi are around 3 to 4 euros.