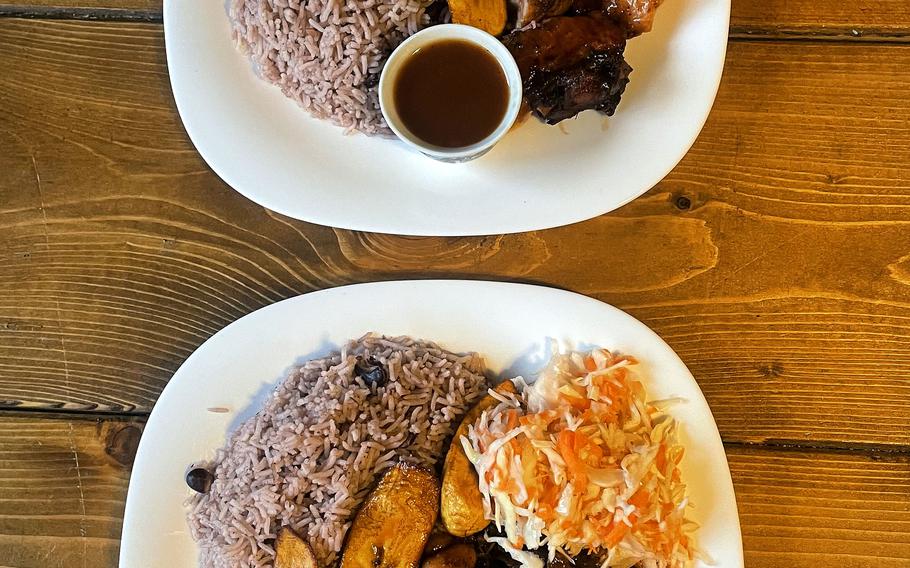 During my recent travels in Frankfurt, the tropics were on my mind when mealtime rolled around. Specifically, the island known for Bob Marley and bobsled teams.

While Jamaica’s four-man crew was hungering to medal on the icy chute in Beijing, a companion and I were in the metropolis on the Main with a hankering for a plate of Caribbean culinary goodness.

We found fulfillment at Bickles Jamaican Grill. Located near downtown and within walking distance of the main train station, the restaurant possesses the laid-back vibe typical of a country whose name is practically synonymous with relaxation. Bickles is also considering a food truck operation at Ramstein Air Base, the restaurant’s owner said.

The menu at Bickles is small because most of the items on it are slow-cooked. Beverage options are similarly few in number but feature a nice variety, including Caribbean favorites like Red Stripe and Dragon Stout beers. A standout on the drink list is peanut punch, a frothy, high-protein amalgam of peanuts, milk, sugar, vanilla and nutmeg.

Caribbean cuisine is a cultural melting pot of tastes and cooking styles that incorporates the legacy of the slaves who came from West Africa and the indigenous people of the islands. Heavy seasoning and blazing heat tend to be hallmarks.

I ordered the oxtail plate, which consisted of oxtail stew, pigeon peas and rice, coleslaw and fried plantains. 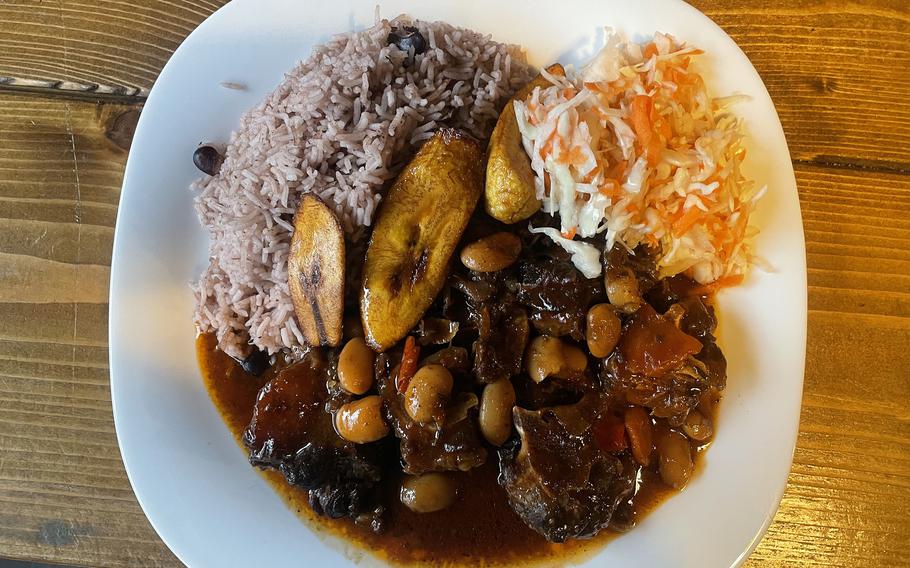 Bickles Jamaican Grill’s oxtail stew, as served on Jan. 15, 2022, in Frankfurt. The stew comes with peas and rice, coleslaw and plantains. (David Edge/Stars and Stripes)

Cooking oxtails properly requires considerable patience and skill, and Bickles did a masterful job with them. They were fall-off-the-bone tender with great seasoning. The fluffiness of the rice also stood out to me, making the mixture of peas and rice a solid hit.

The Caribbean coleslaw was tasty and lighter on the sauce than I’m used to, which probably made the chopped veggies a little healthier. The only thing on the plate that I didn’t care for much was the plantains, because they were cold and a little too thick for my liking. 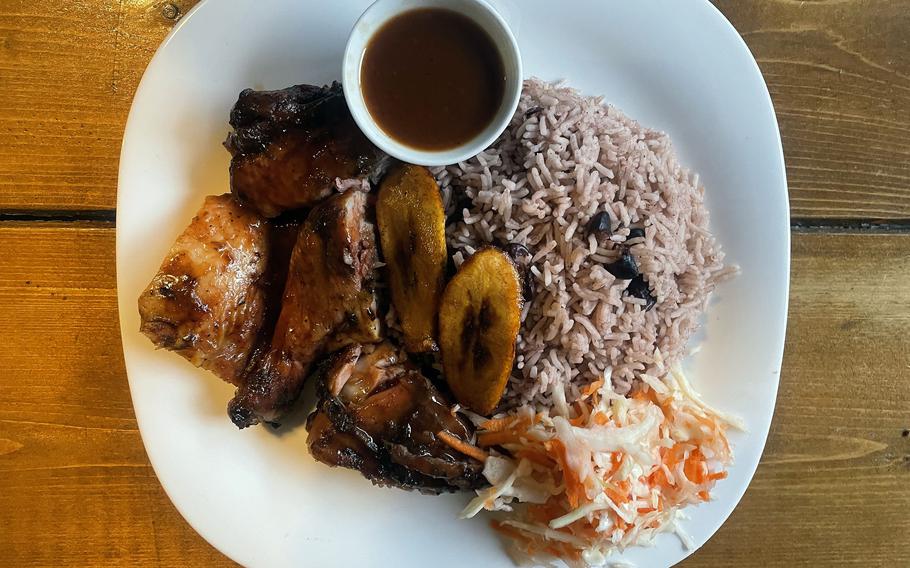 The meat was grilled perfectly, but the dish did not deliver the fiery flavor that jerk chicken is known for. Most jerk seasonings have about 15 ingredients, notably allspice, cayenne pepper and Scotch bonnets, an extremely hot chili pepper named for its resemblance to the signature hat of Scotland, the tam o’ shanter.

Bickles’ jerk chicken was seasoned with the German palate in mind, and the characteristic taste lent by the Scotch bonnets was absent.

So would I go back to Bickles? Without a doubt. The food was good, cheap and plentiful. The seasoning was on point, the staff was friendly and everyone spoke English. 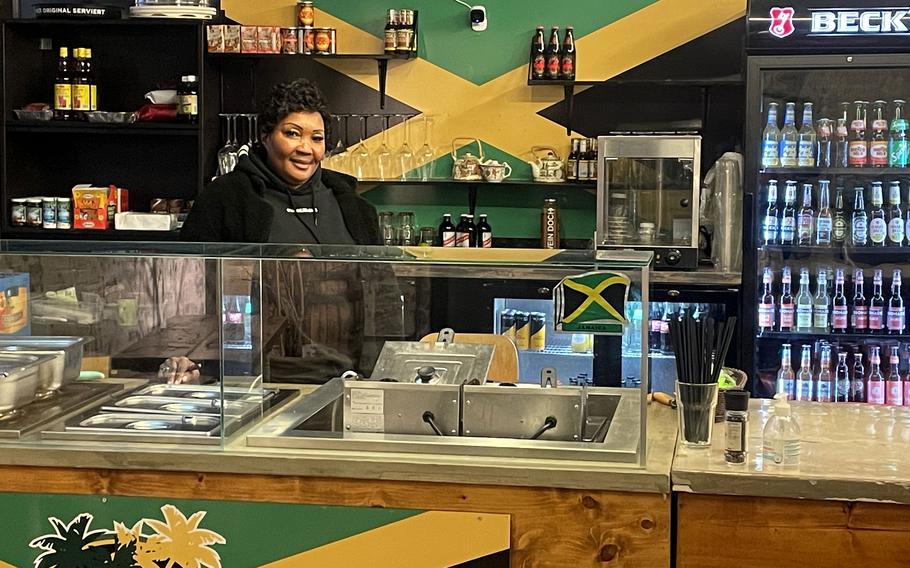 The owner of Bickles Jamaican Grill at her restaurant in Frankfurt, Germany, Jan. 15, 2022. (David Edge/Stars and Stripes) 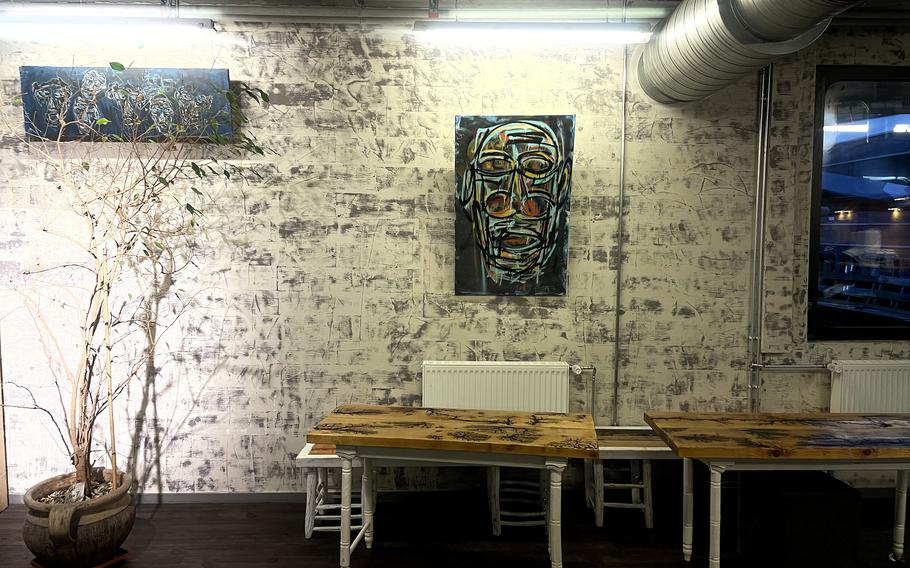 The upstairs open seating at Bickles Jamaican Grill in Frankfurt, Germany. The restaurant features a range of Caribbean cuisine. (David Edge/Stars and Stripes)