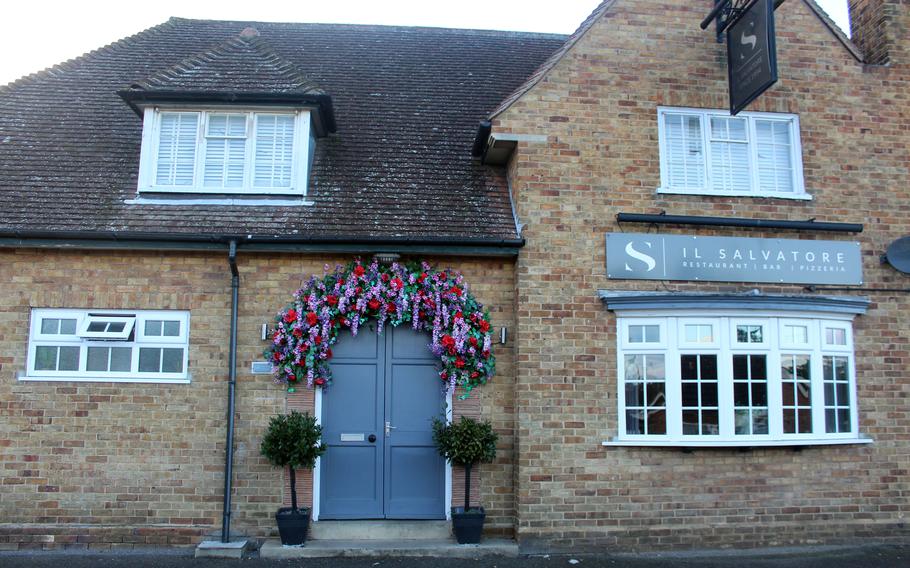 Buy Photo
Il Salvatore restaurant in Brandon, England, was inspired by chef Fabio Rodrigues' grandfather Salvatore Iovine, an Italian immigrant who moved to London in 1982 and opened his first restaurant in 1994. (Kyle Alvarez/Stars and Stripes)

As my family and I were driving through Brandon, England, we came across a small restaurant with a beautiful floral arch framing two big, green doors. Above the windows hangs a sign with the name Il Salvatore.

My wife immediately recognized the name, as the restaurant is often recommended by fellow military spouses stationed at the nearby RAFs Mildenhall, Lakenheath and Feltwell.

The friendly staff said we were lucky that we arrived so early because even on a Tuesday night, the place was almost fully booked.

The interior is eye-catching. The lighting sets a warm and welcoming ambience, and we especially liked the green Vespa decorating the cocktail room. 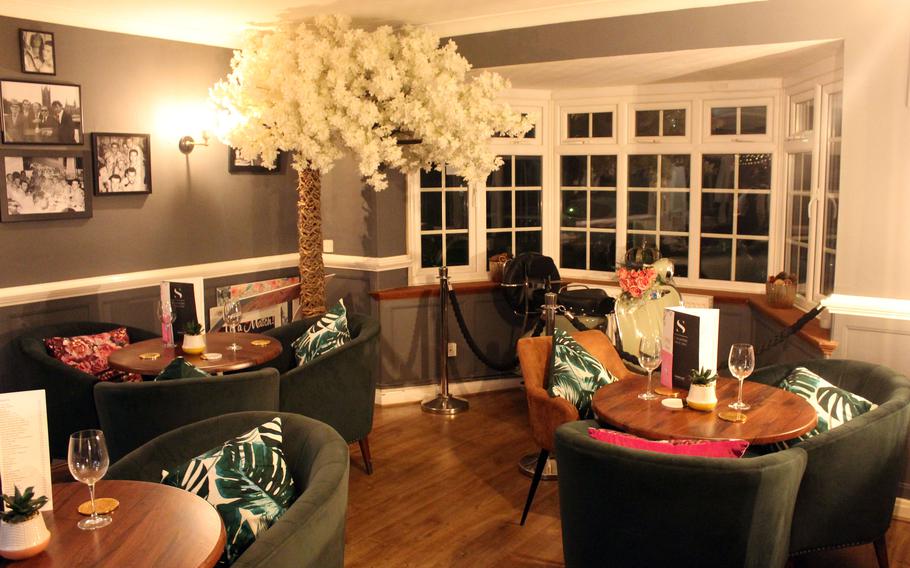 Buy Photo
A Vespa in the cocktail lounge is among the decor highlights at Il Salvatore in Brandon, England. (Kyle Alvarez/Stars and Stripes)

Spread throughout the restaurant are black-and-white images of Italy and the owner’s Italian family heritage. Head chef and owner Fabio Rodrigues and his sister Patricia Rodrigues opened Il Salvatore in 2019 and chose to honor their Italian maternal grandfather, Salvatore Iovine, by naming it after him.

Iovine immigrated to the U.K. in 1982 and began working as a dishwasher in a restaurant.

“He started to learn how to cook and ended up opening his own restaurant in 1994, and he had three restaurants in London,” said Patricia Rodrigues, who helps her brother run Il Salvatore.

After many successful years, Grandpa Salvatore closed his restaurants and retired in Brandon, where he and his wife still live, down the street from the restaurant.

The food, in short, was a wonderful culinary experience. The menu offers a variety of Italian dishes based on Grandfather Salvatore’s menus from his London restaurants, along with creative cocktails and delicious milkshakes.

We ordered the bruschetta and the fried calamari as starters. Both were tasty, but the standout was the calamari, which was served with a delicious homemade tartar sauce. 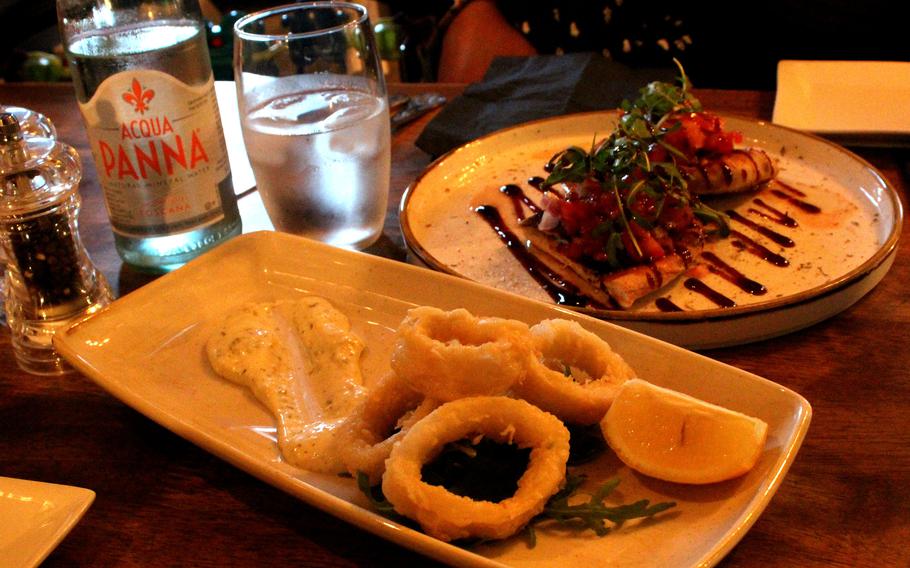 Buy Photo
Il Salvatore's menu, like the restaurant itself, was inspired by the owners' immigrant grandfather Salvatore Iovine, who moved to London in 1982 and opened his first restaurant in 1994. (Kyle Alvarez/Stars and Stripes)

I normally can’t stand tartar sauce because I find it overpowering. But the unique blend of lemon and herbs made it light and tasty. Even my 3-year-old daughter couldn’t get enough of the fried calamari.

For the main course, I had the pollo di Salvatore, a custom dish the Rodrigues siblings developed on their own years before the opening of this restaurant, and it was such a hit they decided to name it after their grandfather. It is now the most popular chicken dish on the menu. It’s a breaded chicken breast with asparagus, ham, melted mozzarella and homemade marinara sauce, with a side of roasted potatoes.

My wife had the tagliatelle Sofia Loren, which is pasta served with chicken, bacon and spinach and a cream sauce. My 3-year-old daughter chose the pizza from the children’s menu. It came with a beverage and ice cream. 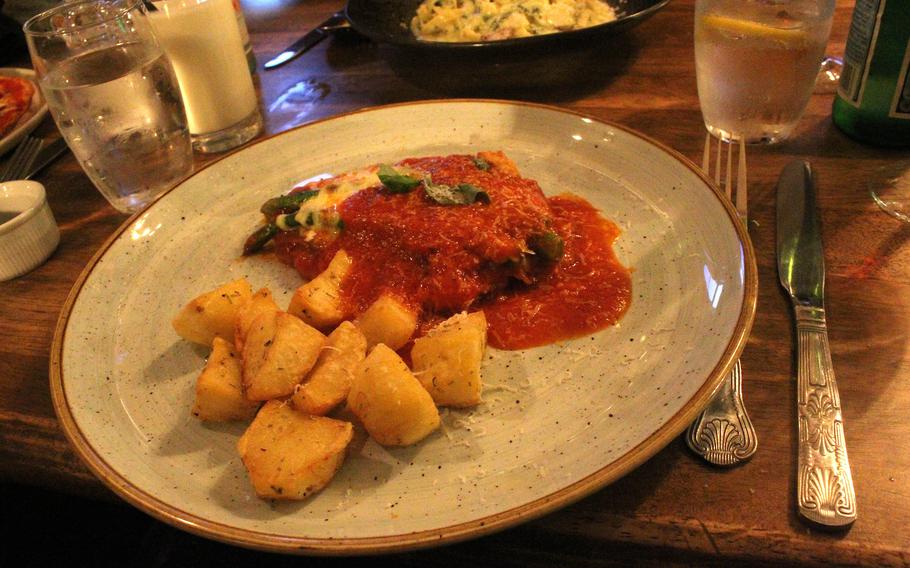 Buy Photo
The pollo di Salvatore is a dish that siblings Fabio and Patricia Rodrigues, owners of Il Salvatore, developed on their own years before opening their restaurant in Brandon, England. (Kyle Alvarez/Stars and Stripes) 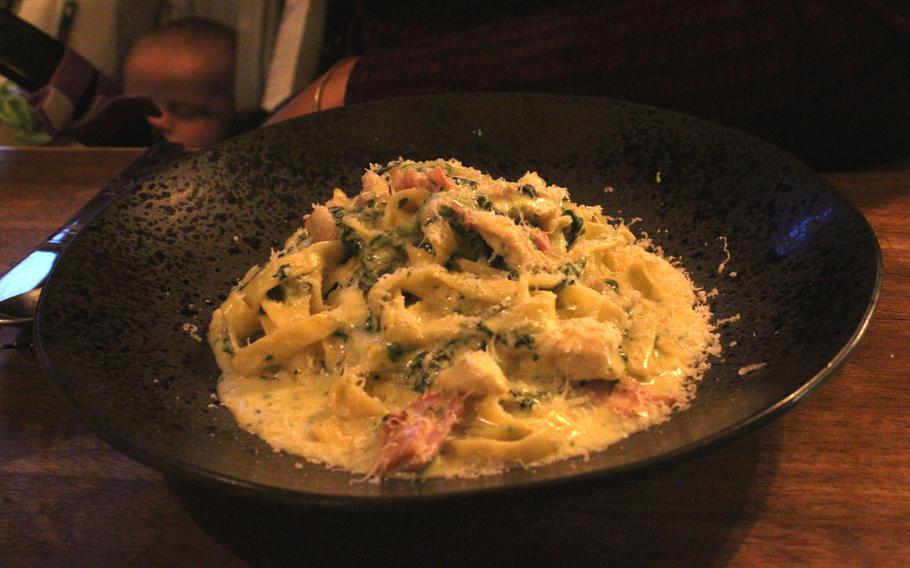 Buy Photo
Il Salvatore restaurant opened in 2019 and boasts a sumptuous array of Italian fare. It has quickly gained a reputation as a go-to spot in Brandon, England. (Kyle Alvarez/Stars and Stripes) 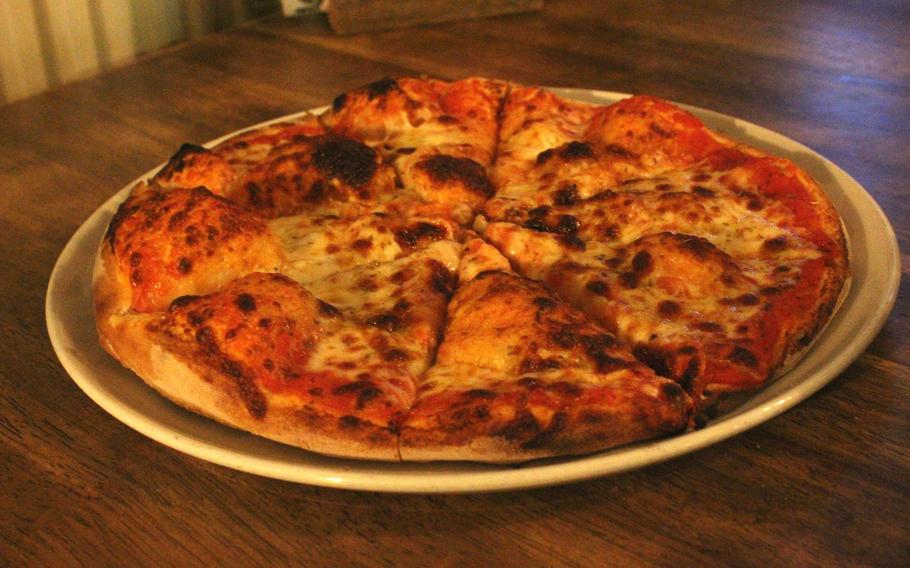 Buy Photo
The children's menu at Il Salvatore offers a few main dishes that include a drink and a dessert. (Kyle Alvarez/Stars and Stripes)

The final act of the evening was dessert. I had the black-and-white souffle with vanilla ice cream, and my wife had the mango and passion fruit cheesecake. To say it was good is an understatement. 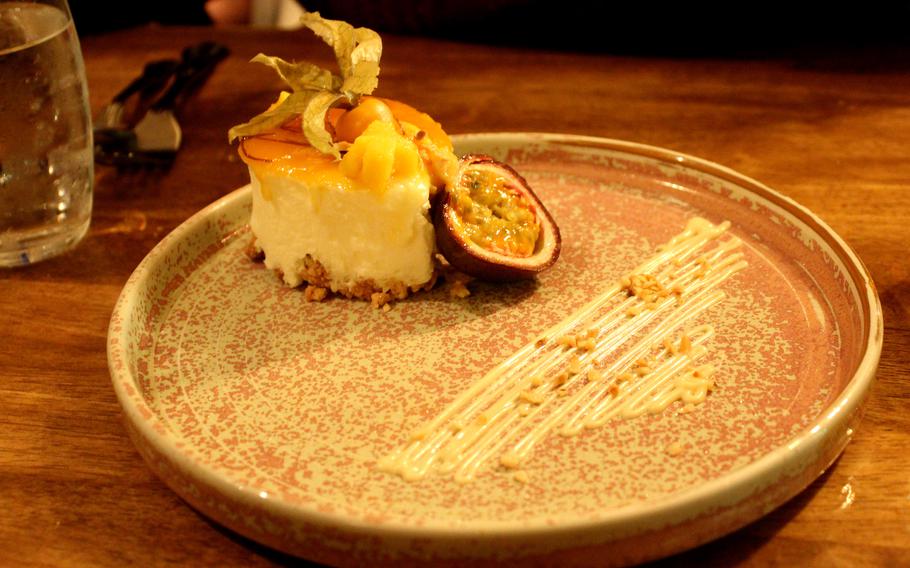 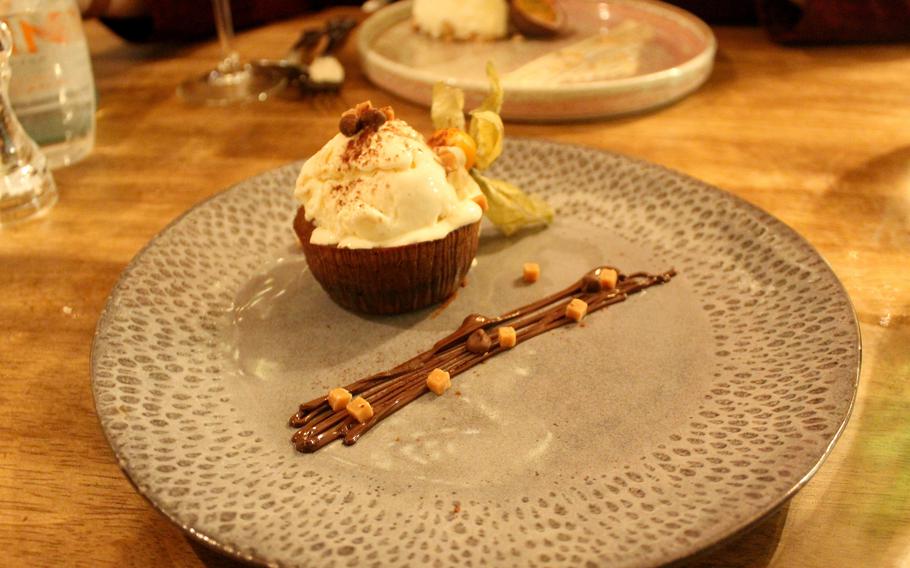 Buy Photo
The menu at Il Salvatore drew inspiration from Salvatore Iovine, an Italian immigrant who moved to London and later became a restaurateur. He lives down the street from Il Salvatore, which is owned by his grandchildren, in the town of Brandon. (Kyle Alvarez/Stars and Stripes)

Both my wife and I never spoke a word as we were both too involved with the post-dinner treat.

This will definitely be our date night restaurant choice when the grandparents come to town to watch the kids. Speaking of a return to Il Salvatore, even my daughter added her voice to the chorus.

As we were getting ready to leave, she looked at us and said “Can the next family night be here please? I love it here.” 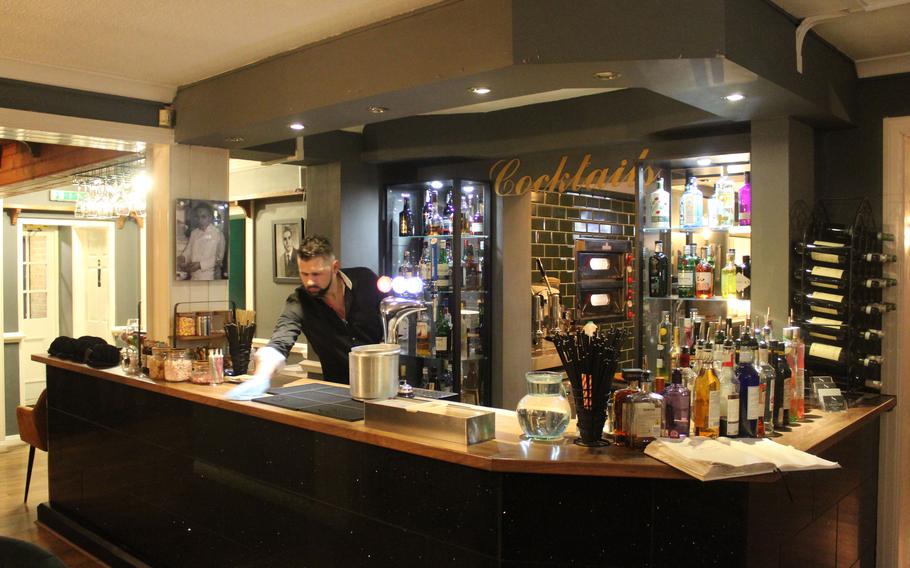 Buy Photo
Il Salvatore in Brandon, England, has an extensive cocktail menu and an atmosphere suitable for a proper night out. (Kyle Alvarez/Stars and Stripes)