Is Finland really the happiest country in the world? Finns weigh in 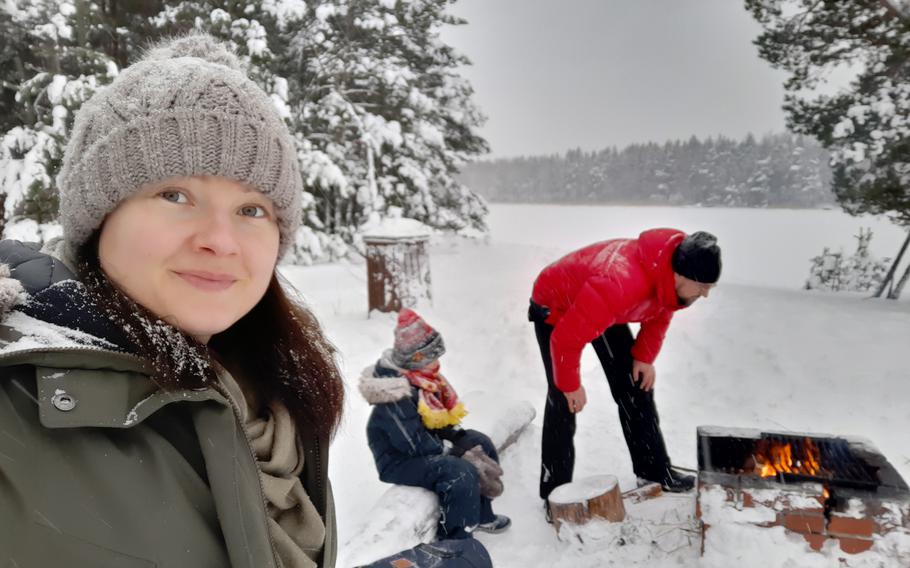 For the fifth year in a row, Finland has been named the happiest country in the world by the United Nations-sponsored World Happiness Report. And for the fifth year in a row, I'm surprised. I lived in Finland for a year as a student in the Rotary Youth Exchange program from 2001 to 2002. It was a life-changing experience. I made incredible Finnish friends. I drank too much vodka. I pet a reindeer in Lapland. I saunaed, ice swam and rolled in the snow naked until my pink body looked like a honey-baked ham. It was certainly one of the happiest years of my life. But my Finnish friends? Well, I'm not entirely sure they've ever been that happy.

The thing about the Finns, in my experience, is they're one of the most reserved people on the planet. Blatant signs of glee are not in their playbook. I remember silent breakfasts with my first host father, watching him stare out the window, barely acknowledging my presence. He wasn't being rude. He was being Finnish. Classroom management wasn't an issue at my high school, Imatran Yhteislukio, either. Behavior isn't a problem when no one speaks out. Even when I joined a school friend for aerobics classes at the local gym, the mood was more silent disco than fitness frenzy. Was this low-key melancholy vibe happiness? Do Americans - who came in at No. 16 on the World Happiness Report - have this entire happiness thing all wrong?

I decided to contact my Finnish friends to find out: Is the World Happiness Report right? Are Finns really that happy?

"We have a saying in Finland: 'If you're happy, you should hide it,' " says Veera Lavikkala, a consultant at a software company in Kirkkonummi, west of Helsinki. The 37-year-old mother of two says that, in Finland, boasting about one's good fortune is considered gauche.

"Finns have a subdued happiness," agrees Katja Pantzar, an expert on the topic and author of "Everyday Sisu: Tapping into Finnish Fortitude for a Happier, More Resilient Life." Pantzar was born in Finland before her family moved to New Zealand and finally Vancouver, B.C., where she grew up. When an opportunity to work for Finnair's in-flight magazine came up 20 years ago, she returned to her homeland and has never looked back. In fact, she's so enthusiastic about the Finnish lifestyle - including its frequent trips to the sauna and its bike-friendly city planning - that she's written two books on the topic. And she has a special insight into the Finnish psyche. "They might be totally satisfied, but they don't have the same body language, like smiling," she says. But don't let Finns' poker faces fool you. If the World Happiness Report is to be believed, Finns are masking a deep contentment built on an appreciation for a society that puts the public good first.

"Everybody has access to the basics," says Liisi Hatinen, a communications coordinator in Espoo, a city outside of Helsinki, and a mother of two. She's talking about guaranteed health care, tuition-free school, a living wage and affordable housing. "These programs are well thought out and work, so that's the basic foundation for you to be happy."

Where people of other nations, including our own, measure success in material wealth - the right car, the bigger house, the best job, the better neighborhood - Finns find satisfaction elsewhere. This was never more obvious to me than on Christmas Eve 2001. As is custom in Finland, that night, Santa came to my host family's home to greet my excited 4-year-old host brother, Otto. We ate a nice meal, exchanged small gifts and went to bed. I then shut my bedroom door and quietly cut open an enormous box overflowing with presents that my parents had shipped to me. I tore the paper as delicately as possible so as not to alert my hosts; the display of American excess was far too embarrassing. But to my surprise, when my host sisters found my holiday loot the next day, they simply said, "Oh, that's nice," with nary a look of jealousy between them. The joy of sharing the holiday with their family seemed to be reward enough. Who needed more stuff?

"We do want to achieve things in our life," says Johanna Ovaska, a principal at the middle school in Imatra and mother of two. "But it's not like 'Keeping Up With the Kardashians.' "

Essi Ala-Kokko, a 46-year-old photographer who grew up in Kauhajoki and moved to Chicago for art school, fell in love and stayed, puts it this way: "I've come to a conclusion that it has to be that we're just satisfied with very little. We don't have to have extremely successful careers. We don't have to have a ton of money. We like the simple things in life, like our forest walks and hanging out with friends."

Enjoying downtime is easy thanks to the Finnish work-life balance. "We get five weeks' vacation," says Jukka Multisilta, a strategy consultant in Helsinki. That's opposed to Americans' average 10 days of paid time off, according to the Bureau of Labor Statistics. Multisilta recently joined a friend on a 10-day motorbike trip from Helsinki to Nordkapp, the northernmost tip of Norway. Along the way, he and his friend had access to free open wilderness huts maintained by Finland's national park system, a perk making outdoor adventure more affordable. The trip was amazing, he says. "​​The light is so crazy when you go up north, so everything looks magical." 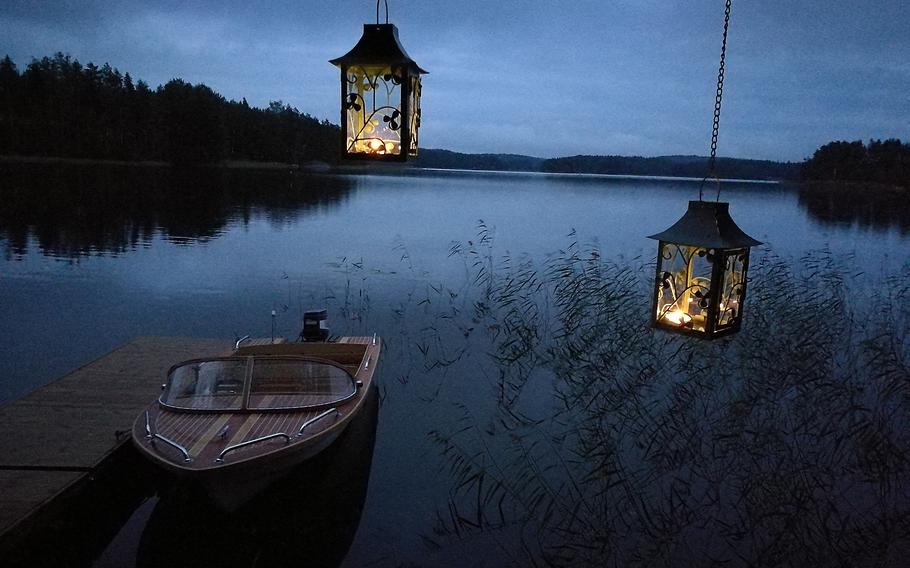 Of course, Finns don't have to drive at all to enter nature. Green space is everywhere in the country of more than 5 million. "I have four winter swimming holes within two kilometers from my house," Pantzar says. But let's be real: Although ice plunges are believed to be physically and mentally beneficial, I find it hard to believe that Finns are polar bear swimming themselves to happiness.

And a forest walk isn't the answer, either, although I'm sure it's great for mindfulness. Tuition-free education, however? That'll improve your mood. Sure, Finns pay more taxes for the privilege, but my friends tell me that not sweating college expenses was well worth it.

Lavikkala and her sister were the first people in her family to go to high school, she says, and they "both went to university. We both have a degree. We didn't have to take student loans. If you have the capability, you can be anything you want in Finland."

I have to laugh. I recently opened a 529 college savings account for my son. He's 6.

And that's the thing. There are a lot of stressors that Finns, especially Finnish women, don't have to worry about.

"I really think that the position of women is a big thing in our happiness," Ovaska says. "Have you seen our government? We have a woman prime minister. She's [36] years old. Then we have four other main ministers who are also young women. So it's pretty big girl power."

Reaching the highest rungs of public office isn't such a wild idea when the government actually supports motherhood. Hatinen is now on Month 12 of her maternity/parental leave. She could take three years total if she wanted to, but opted for a little over a year. "I get 70% of my salary, and then if I keep taking time after 10 months, I think it drops to 300 euros [about $330] a month," she says. As for day care, there's no need to fret about that price tag, either. "Finland provides free universal daycare from eight months until the start of formal education at age seven," according to the World Economic Forum. I tell her about my rather luxurious - by American standards - eight weeks of maternity leave. The minute it was up, we enrolled my son in a Montessori school. His monthly tuition was the same as our mortgage.

But more importantly, should a woman or her baby get sick in Finland, regardless of the prognosis, treatment won't be as financially devastating as it can be in the United States and elsewhere. 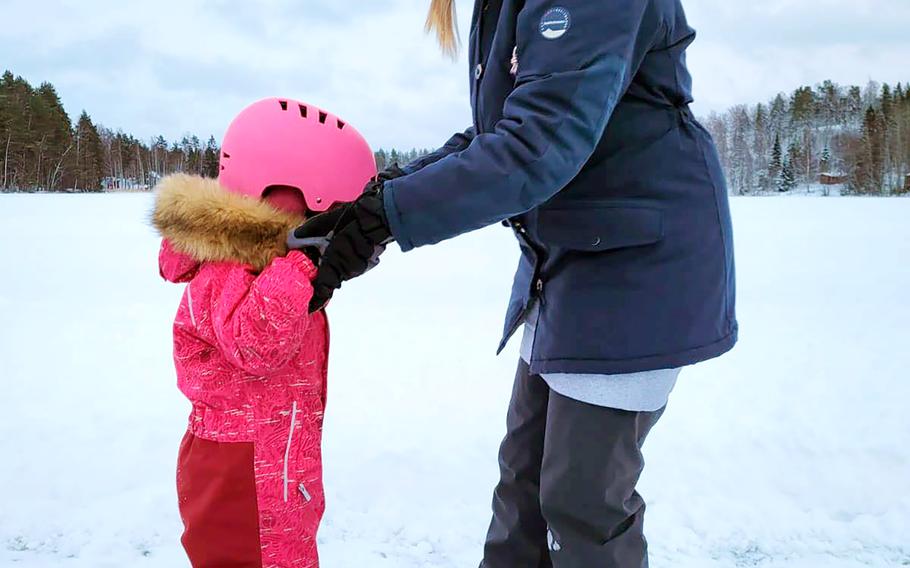 "I'm planning to tell my son about his birth soon," says Sirja Lassila, a Swedish teacher and mom of two in Imatra. Three weeks before his due date, she'd noticed her baby had suddenly stopped moving in the womb. Her husband drove her to the nearby hospital, where she had an emergency C-section. Resuscitated after delivery, her son still needed critical care, so he was raced by ambulance 142 miles to Helsinki, to the country's best children's hospital. He got great care and was able to come home - by ambulance again - a week later.

Of course, life isn't perfect in Finland. Toni Tikkanen, a documentary writer for Finnish TV series "Arman Pohjantahden alla" ("Arman Under the North Star") is quick to tell me that racism, inequality, violence, depression and suicides happen there, just like in the rest of the world. But, he adds, "I think, as a nation, we are trying pretty hard to make a change for the better, and we have a pretty strong support system." So is Finland the happiest country? Tikkanen says yes.

After talking with these Finns, I've come to agree as well. Turns out, I had Finnish happiness all wrong. Resting Finn face isn't rude, it's a look of understated serenity. And although I would never trade my U.S. passport for anything, for a nation born out of the idea of the pursuit of happiness, we might consider what Finns can teach us about the subject. While the American ethos to individually fight our way to personal success is admirable, the Finnish system that ensures that no one has to worry about basic needs - well, that sounds like a recipe for happiness to me.