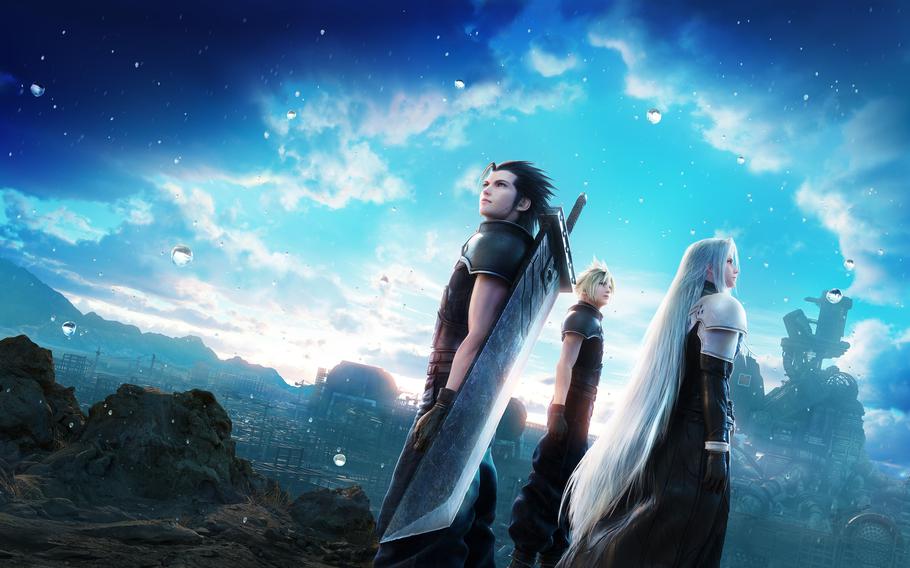 Crisis Core: Final Fantasy VII Reunion follows the story of Zack Fair, who teams with the game’s eventual villain to hunt down his mentor. (Square Enix/TNS)

It’s been 16 years since Square Enix first released Final Fantasy: Crisis Core on the PlayStation Portable console, and in that time gaming has changed plenty. An era ago, portable games and major-console games could be different experiences. Not anymore.

It’s also a game with a spirit all its own. Crisis Core follows the story of Zack Fair, another spiky-headed protagonist, but one wholly different from the more well-known Cloud of FF VII fame. Fair makes a brief appearance in the original FF VII, sacrificing himself so Cloud can escape. And in Crisis Core, he finally gets his story told.

It’s this story that draws you to the game – and it shines when given the big-screen remake treatment. That’s partly because of Zack’s story, and partly because of the backstory of what you already know from Final Fantasy VII. Where Cloud is brooding and isolationist, Zack, who becomes a soldier in Shinra and winds up fighting alongside more venerable heroes likes Angeal and the eventually-infamous Sephiroth, is impressionable, excitable, quippy. From beginning to end of the game, he seems built to juxtapose Cloud, and you can’t help but embrace him in a different way.

You quickly invest in his story, too, and the tale doesn’t just develop him. You get a strong look at Sephiroth in a new way, especially as the tale develops and Zack finds himself teaming with the eventual villain to hunt down his mentor.

This was a good tale nearly two decades ago, but it’s even better now. Square overhauls all the visuals, and you see it in the details of both Sephiroth and Zack’s hair, and the texture of the material on Zack’s Shinra uniform. Those visuals extend to several extremely detailed locations, many of which we’ll see again when Remake Part II arrives. Add in stellar voice acting, and the tale comes to life in a way that it never did on my tiny PSP screen. It all makes Sephiroth’s tale terrifically sadd; it was hard for this not to hold my attention.

You’re playing this game for that fantastic story, but the gameplay holds up its end of the bargain too. Where the original FF VII’s turn-based mechanics feel dated today, Crisis Core always had a more modern approach to combat. It was essentially about hack-and-slash action in self-contained battles you’d expect from Final Fantasy.

The twist though: the DMW, or Digital Mind Wave, which was essentially a constantly playing game of slots. When things aligned in battle, Zack was given special in-combat bonuses (imagine spending no-MP cost for a time), or granted chances to summon or pull off limit moves. It leads to frenetically paced combat that challenges you to target key enemies, remember their weaknesses, and take advantage of your bonuses. There’s no button-mashing here: Use the advantages you have when you have them or you’ll get flattened. Other standard gameplay conventions, such as materia and equipment, give you more to dive into and explore as well.

Just two relics hold back the excellent gameplay. First, is a holdover from the game’s portable days: You have a lot of ultra-short sidequests in this game. That makes sense since this was originally built for on-the-go gaming: Ultra-quick missions mean lots of bite-sized gameplay. You’ll just wish Square tied these missions into the story better; as built, they feel like filler content, absent much of the voice acting and brilliant cutscene of the main story.

The other issue: The overwhelming amount of random battles (many in those sidequests). Most modern JRPGs offer some options to avoid these battles; here, you’ll have to take them on.

By and large, though, they’re worth undertaking simply because the story and presentation are so magical. This isn’t just a PSP game any longer. It’s a key piece of FF VII lore, and it finally gets its proper due now.