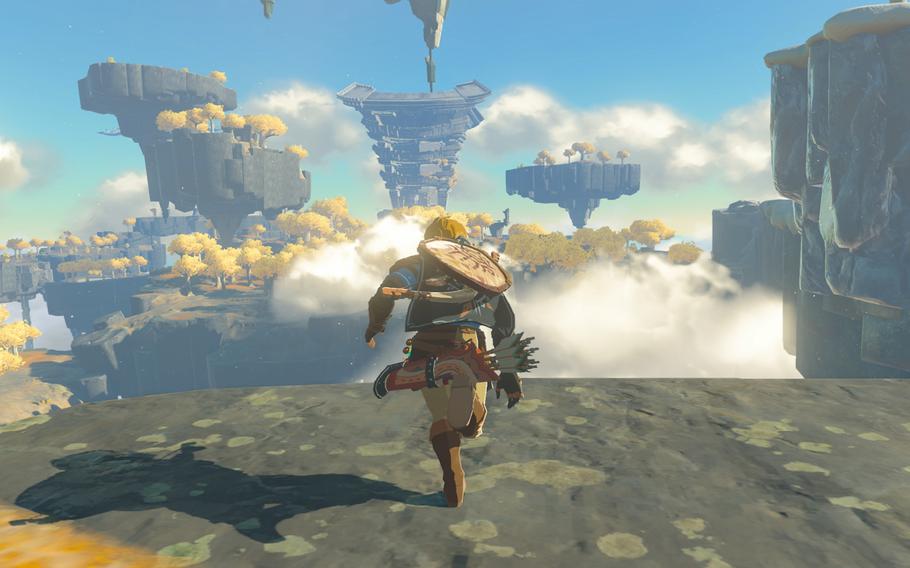 Little is yet known about The Legend of Zelda: Tears of the Kingdom, but the popularity of its predecessor, Breath of the Wild, makes this one highly anticipated. It’s scheduled to be released May 12 on the Nintendo Switch. (Nintendo)

When I think of the games I'm most curious about in 2023, one word comes to mind: story. Well, maybe two words: story and characters.

The modern video game era has been a showcase for interactive narratives, and it seems like the rest of the entertainment industry is starting to pay attention. Two of the most acclaimed animated series over the last year were ones inspired by League of Legends and Cyberpunk 2077, and HBO is launching an anticipated show this month based on The Last of Us.

But these examples just reinforce something game players have long known: some of the best stories in recent years are found in interactive media.

More so than competition, challenges or even puzzle solving, it's the video game stories I'm most looking forward to in 2023. Here are some on my short list.

To gamers of a certain age and disposition, the following words are as sacred as any Shakespeare: "You are standing at the end of a road before a small brick building. Around you is a forest. A small stream flows out of the building and down a gully." That is the opening text of William Crowther's Colossal Cave Adventure, credited as one of the earliest computer games and one that helped ignite the adventure game movement of the 1980s.

And now that game is being reimagined by a pair of legends. Roberta and Ken Williams were the game duo behind Sierra On-Line, home to Roberta's King's Quest series, a landmark in interactive storytelling. Colossal Cave is Roberta's first game in more than two decades, and the fantasy tale promises a number of her hallmarks — head-scratching puzzles, humor and vividly drawn fantastical characters.

Season: A Letter to the Future

A love letter to travel, solitude, meeting strangers, taking photographs and writing, Season: A Letter to the Future looks to be a thoughtful road trip adventure, one in which we bike ride through a vast changing world. Patient and meditative, Season purports to be a game of collecting memories, those of the people we meet and even the nature that surrounds us. One of the joys of games is the ability to disappear into a world, and the one of Season looks familiar, but just off-kilter enough to create space for us to sit, play and contemplate. 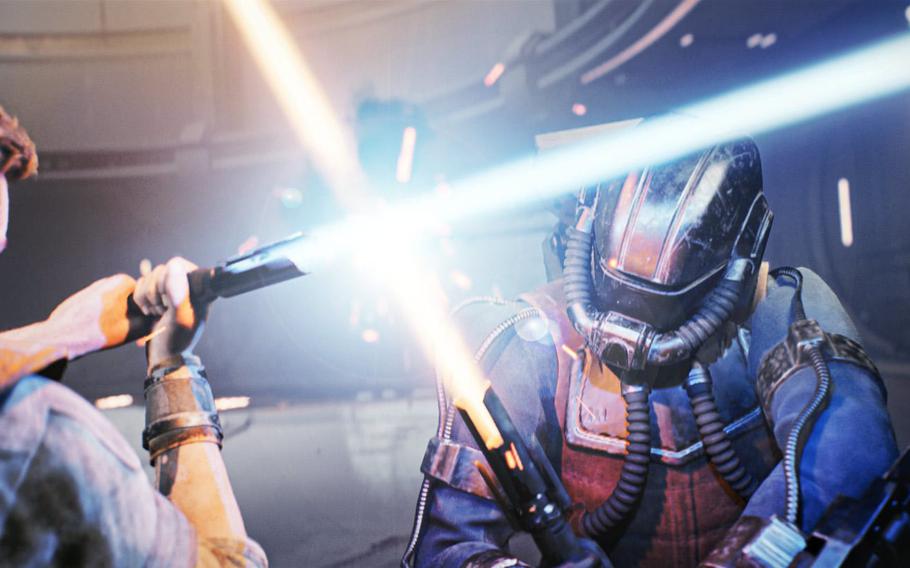 Star Wars Jedi: Fallen Order was a joy. The 2019 game relied heavily on old Star Wars standbys — cringe-inducing, hokey dialogue and a Jedi on a journey. And that was more than fine, as this was a Star Wars tale more than worth digging into, as we got to know Jedi-on-the-run Cal Kestis (Cameron Monaghan) as he stumbled his way into a host of lesser-explored Star Wars mythologies. Survivor looks to darken things up a bit — and fine-tune some of the often wonky combat sequences — but if it continues to mix puzzles and the ability to use the Force, expect this to be an action adventure worth taking. 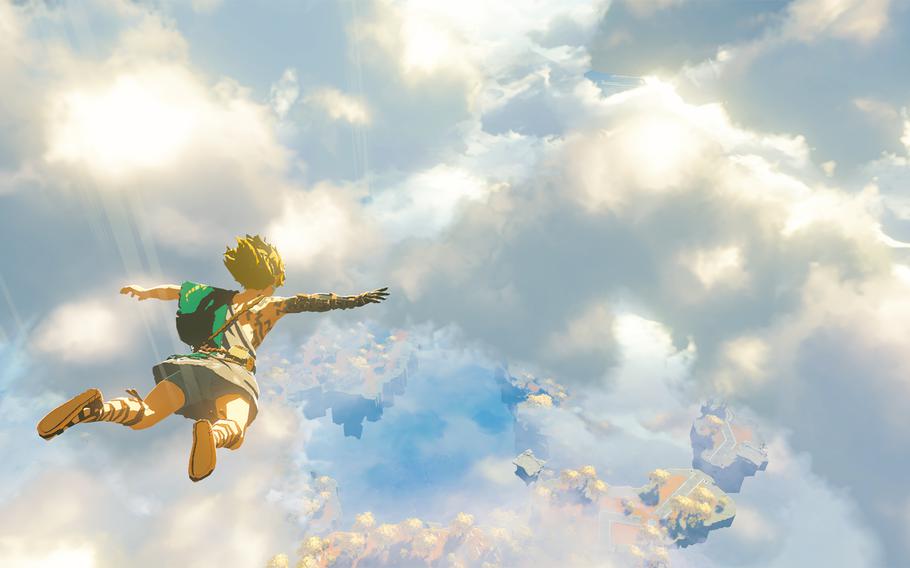 The Legend of Zelda: Tears of the Kingdom (Nintendo)

The Legend of Zelda: Tears of the Kingdom

Nintendo has kept much of Tears of the Kingdom under wraps, but what we've seen looks striking.

Early images show our hero Link soaring among the clouds, traversing a kingdom with floating mountains, giving us all new terrain to scale and explore. The Zelda lore is a bit convoluted and complex these days, but individual goals of each particular game are always clear. And this sequel to Breath of the Wild is so highly anticipated because the latter redefined how we approach open-world games, as it gave us an universe to wander rather than tasks to simply tick off. It was an approach to nonlinear storytelling in which we could go in any direction and missions were largely optional, allowing us to create our own Zelda tale.

Set shortly after the events of "Star Trek: The Next Generation," Resurgence introduces us to a host of new Starfleet characters as they navigate interstellar diplomacy. Drama can escalate quickly, whether that's among gossiping crew members or trying to broker negotiations among multiple alien races. The game will follow a familiar formula — a third-person, dialogue-heavy game with light puzzles and multiple conversational branches. And that's just how I want my "Trek," as attempts to emphasize action in the video game space have tended to not suit the brand well.

There are some familiar characters — Spock, for instance, has been shown in demos — and the game looks to highlight interpersonal drama. The way we're perceived by others, including Spock, appears to be key to navigating the world of Resurgence.

The long-awaited sequel to the 2017 indie hit Hollow Knight, Silksong boasts new characters, new locations and a refreshed look. And what a look it is, as the hand-drawn and painterly style makes it look as if we're exploring a Gothic fairy tale. It's a world of bugs, but everything in Silksong looks a bit magical, from shaman-like slugs to glistening, glowing beehive-inspired fortresses. Like the first, expect a platforming action game with plenty of nooks to explore, towns to uncover and a host of friendly insect-inspired creatures to help us along the way. 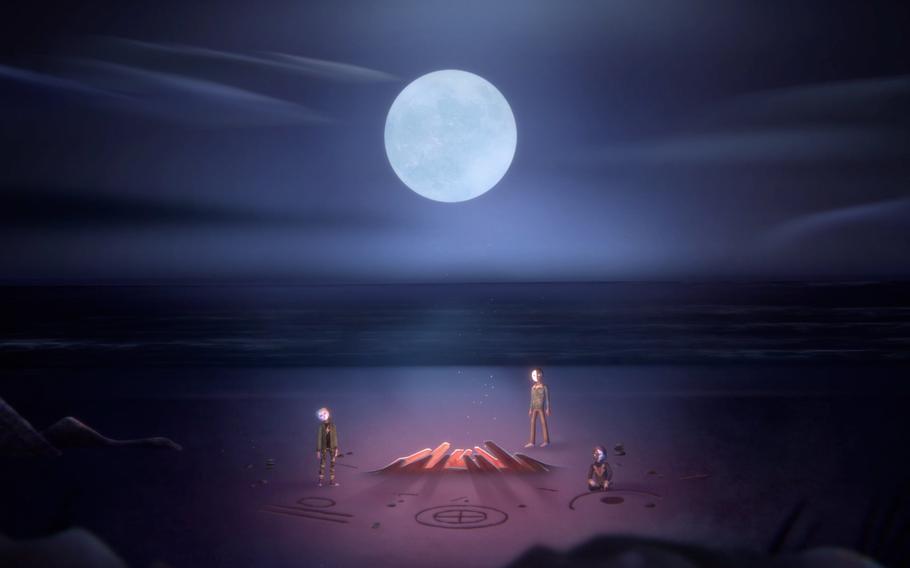 Southern California developer Night School Studio — now a part of the Netflix empire — has focused its efforts on honing conversation in games, creating a relatively realistic dialogue system in which characters speak, interrupt one another and overlap with each other. The result: games that more closely merge the interactive medium with television. Perhaps that's why Netflix took a shine to the company. The original Oxenfree had a mystical, slightly foreboding tone — think "Goonies," "Stranger Things." Its sequel promises another set of mysteries to unravel via radio frequency.

Once every year or two, I revisit the vintage '90s Disney game Castle of Illusion, still a joyous storybook of a game all these years later. Disney Illusion Island, modeled after the latest Mickey Mouse shorts, looks to be the unofficial sequel I've long wanted. The game is bright, and looks to be full of mysterious libraries, candy-coated worlds and bewildering caverns. What's more, with the option to play as Mickey and his pals — Minnie, Goofy or Donald — I'm hopeful for the ability to explore different character traits. Nevertheless, I can't wait for some charming, old-school platforming action. 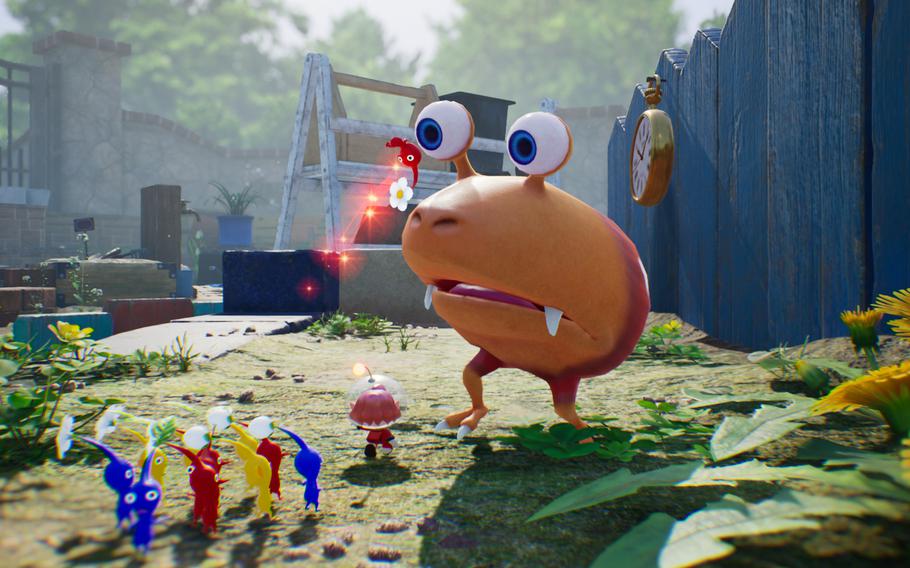 All we've seen of Pikmin 4 is about 30 seconds — so we don't know much. But those 30 seconds were still pretty, as we saw a lovely, backyard-like nature setting with wooden fences that seem only as tall as the tiny critters of the game's universe. All that cutesy-ness, though, sometimes makes one forget that Pikmin games are full of complex strategy — resource management at its most adorable. More important, anything that comes to fruition under the tutelage of game design master Shigeru Miyamoto, who created Donkey Kong, Super Mario Bros. and the Pikmin franchises and announced the release of Pikmin 4 — is worth celebrating. 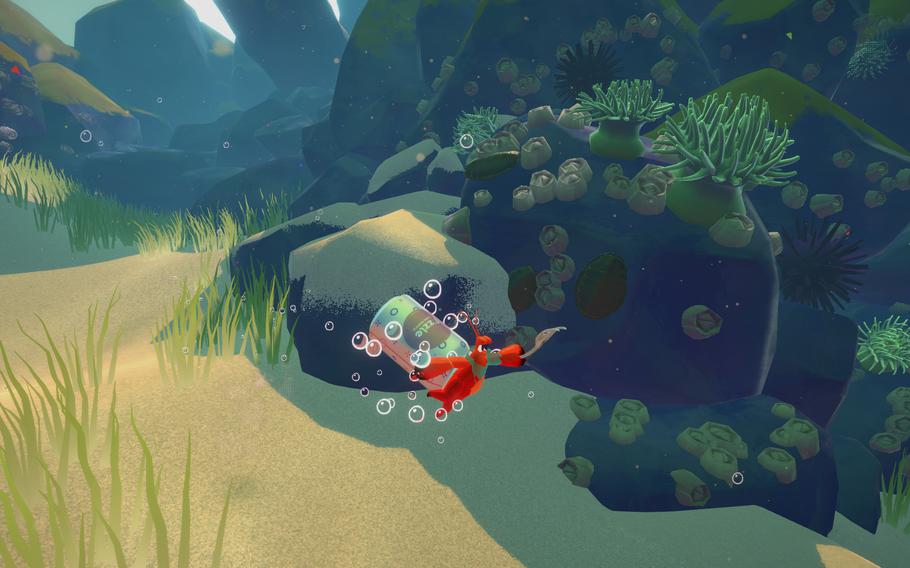 Trash shouldn't look as appealing to play with as it does in Another Crab's Treasure, an action adventure that also has some thoughts about climate change. We explore vast underwater vistas as a hermit crab on a quest to get back his shell. In the meantime, anything from old metal cans to discarded coffee mugs can double as a shell — and a shield. Combat is a central component of Another Crab's Treasure, and the sea creature foes will encounter look tough to tackle, but fighting games with a thoughtful message are all too rare.