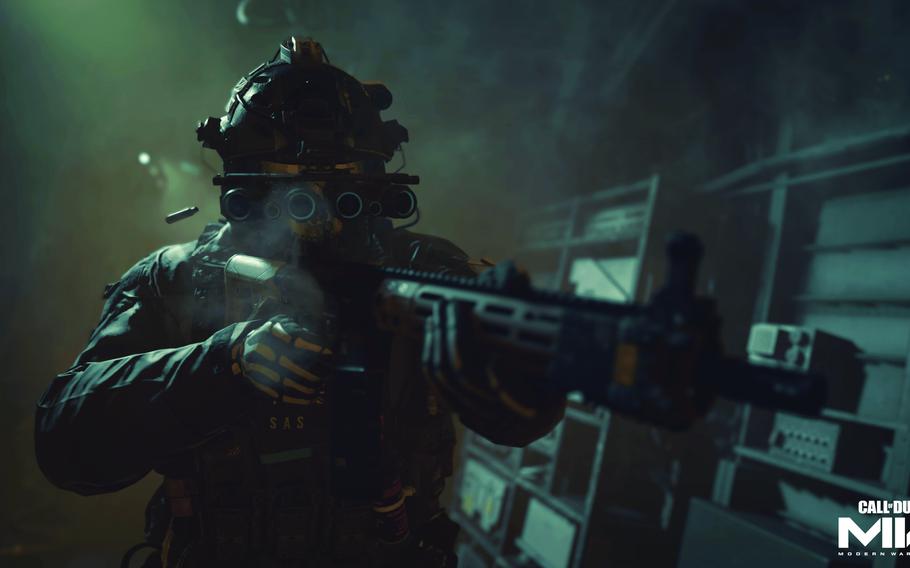 Call of Duty: Modern Warfare 2 adds a weapon platform system that players may use to level up weapons. (Activision)

Weapon customization has been a mainstay of Call of Duty, with 2019's Modern Warfare adding the Gunsmith feature that gave players greater choice on how they wanted their favorite gun to look and feel. In Modern Warfare 2, developer Infinity Ward created a new system for leveling up weapons and tuning attachments, adding countless ways to kit out your favorite rifle, submachine gun, sniper or light machine gun.

The idea behind the revamped Gunsmith 2.0 centers on the addition of a weapon platform system. A platform, such as the M4, can have up to five variants (or receivers, as they are called in the game) that turn them into a completely different gun type (i.e., battle rifle).

As you play, you unlock attachments that improve your guns. If you want all attachments for a platform, you have to level up the base weapon and then its receivers by using them in-game. With the exception of a few snipers and shotguns, you will start with a base assault rifle, and move to a submachine gun, battle rifle or assault rifle receiver. That means, for example, you'll have to play with a submachine gun to get attachments for an assault rifle. (Don't ask. This doesn't make much sense to us either.) This particular mechanic has drawn some ire from players owing to the fact they have to use a weapon type they dislike to improve the one they actually want to use.

Each weapon only goes up 20 levels, which is far fewer than the approximately 70 levels for each weapon in Vanguard. To unlock all attachments for some platforms you have to go through at least three weapons, adding up to 60 levels. Overall, it's not that much of a change, but at least you'll save up to 10 levels.

At launch, there are 49 guns to unlock across 18 platforms in Modern Warfare 2, which means you'll need to grind in multiplayer if you want to have everything maxed out and ready for Warzone 2.0 or DMZ. We've compiled a few ways to level up quickly and strategically.

No, I'm not talking about players who have zero awareness. In Invasion, a new mode that functions like a large-scale team deathmatch, developers have added computer-controlled soldiers that become progressively more difficult to kill as time goes on.

When it comes to gun leveling, these bots give about the same experience as normal kills. They are also a lot easier to kill than human-controlled soldiers.

James "JGOD" Godoy, a content creator known for his loadout guides and Warzone casting, recommended that players traverse the outskirts of the map and find where bots spawn. Create a loadout with a munition box to refill ammo and a tactical insertion to spawn close by, and spray away.

2. Take the hardpoint, and XP with it

Hardpoint is a classic Call of Duty game mode that is a mainstay of competitive play. It's also a nice way to rack up tons of kills and thus weapon experience. Every 60 seconds, a new hardpoint, a small area of the map, becomes available. As long as you or one of your teammates is in that location, you capture it and start racking up points. If an enemy enters the point, it becomes contested and no one scores.

Hardpoint is five minutes long, but the clock stops every time a point is captured. That means actual game time increases, leaving you more time to use your selected weapon and level it up.

Once you get comfortable with a map and its hardpoint rotations, you can start preparing and holding the choke points. I find that I can get up to 60 kills per game; others who are better than me can find more than 80 eliminations. Additionally, any kill you get near the point grants you extra experience.

3. Level up with Kill Confirmed

Kill Confirmed is another classic game mode that can help you level up weapons. The goal of Kill Confirmed is to eliminate enemies and confirm that elimination by running over their dog tags, which drop when they die.

According to Modern Warzone, a Call of Duty Twitter news account, the Kill Confirmed game mode grants you experience for the kill and any dog tag that you recover. You also get points for denying an enemy from collecting your friends' dog tag by collecting them first. This is a great way to level up weapons if you prefer the classic team deathmatch feel. The games aren't as long as Hardpoint, making this my second favorite base game mode to help unlock attachments.

Chances are you aren't going to be using every pistol, shotgun and battle rifle available in Modern Warfare 2. I plan on taking many, but not all, of the weapons I level in multiplayer over to Warzone 2.0.

Based on the first Warzone, I know assault rifles, snipers, light machine guns and submachine guns will be king. And you can narrow that down to weapons that are already strong in multiplayer, such as the M4, Tac-V56 and Kastov 762 in the assault rifle category, or the Fennec 45, MX9 and Lachmann Sub in the submachine gun category.

If you only have a certain amount of time to play and can't grind these out, you are better off prioritizing a few weapons you know will be good in the future and coming back to the rest when you can.

I'm hesitant to include this because I'm not a huge fan of exploiting in-game glitches, but a player recently discovered a cheeky way to get weapon experience in the Invasion game mode.

You first equip a suppression mine as your field upgrade. Once you have it available in a match, you set it on top of a bot in an enemy tank. Since they can't get out they are constantly suppressed, earning nearly 100 experience a second. For some reason, that experience goes to your weapon and it levels up in no time.

That said, I tried to replicate this and it is a lot harder than it sounds. You have to make it to the enemy tank without being killed by the enemy team. By the time I successfully snuck around to the enemy base (dodging snipers), the game had finished and there was no tank in sight.

6. Remember to use your tokens

As you can imagine, having double experience makes the weapon leveling process a lot easier. Despite the game's fussy user interface, the tokens are surprisingly easy to find. It's to the right of the "searching for match" section.