3 Nintendo Switch games to watch for this holiday season 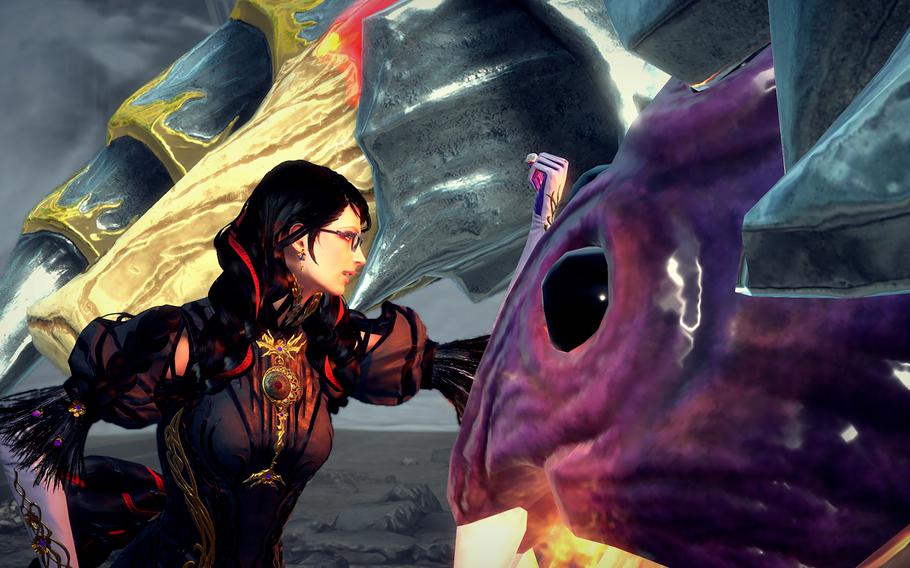 Bayonetta 3 is the third title based on the Umbran witch as she defeats a new threat to humanity. (Nintendo)

Entering its sixth holiday season, the Nintendo Switch is showing it still has plenty left in the tank. The system continues to be home to the company’s stellar first-party titles and it has attracted indie projects and high-profile franchises with its huge fan base.

Over the next few months, gamers will see plenty of games coming out on the console, but these are three to watch out for.

Platinum Games’ best franchise returns for a third go-around. Fans can expect the twitch-perfect action gameplay as players once again take control of the Umbran witch as she fights new bioweapons called homunculi.

To defeat these threats to humanity, Bayonetta is armed with her familiar set of moves, including the all-important Witch Time, which slows enemies when she performs perfect dodges. She has her hair that transforms into powerful weapons. (The game even comes with a safer-for-worker mode that cuts down on the risque visuals.) On top of that, the developers layered in new features.

The big one is the Demon Masquerade, which is an ability that’s tied to the weapons she picks up during the campaign. With the move, she can summon demons to help her on her adventure. These are creatures that drastically change the gameplay and act almost like vehicles in some areas. They’re used for traversal and added firepower though they can’t be summoned anywhere. Size is a limiting factor as well as inventory space because Bayonetta can only carry three weapons at a time.

Another big addition is Viola, who is a new playable character. She’s a witch-in-training from another universe and uses a katana. She plays differently from Bayonetta in that she’s reliant on my blocking attacks instead of avoiding them.

Another big emphasis for Bayonetta 3 is that the game is supposed to be friendly for newcomers. The self-contained globe-trotting story means that anyone can jump into this chapter and not feel lost. Veterans will enjoy some of the deeper lore references, but to be honest, storytelling has never been the franchise’s strong point.

Bayonetta 3 and its predecessors excel at action-heavy gameplay and mission design. This Platinum Games’ title will impress even the most experienced hard-core fans. It’s scheduled for release Oct. 28. 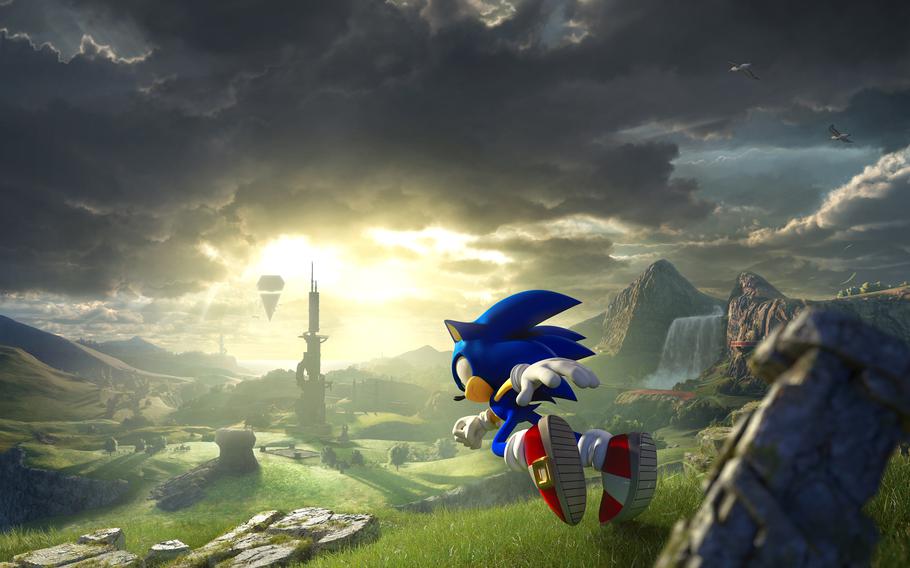 Sonic Frontier gives the famous blue hedgehog an open world to roam around in. (Nintendo) Sonic Frontier gives the famous blue hedgehog an open world to roam around in. (Nintendo)

When it was first revealed, this fresh take on the famous blue hedgehog drew an enthusiastic response. The idea of an open-world Sonic game is intriguing as the iconic Sega character explores a world inhabited by colossal threats from an ancient civilization.

It features five massive overworlds, where players can find secrets and portals that take them to cyberstages. It also has the Sonic staples such as ring collecting and even a leaderboard for the fastest times to complete certain sections.

Sonic Frontier comes out Nov. 8 on the Nintendo Switch as well as other consoles. 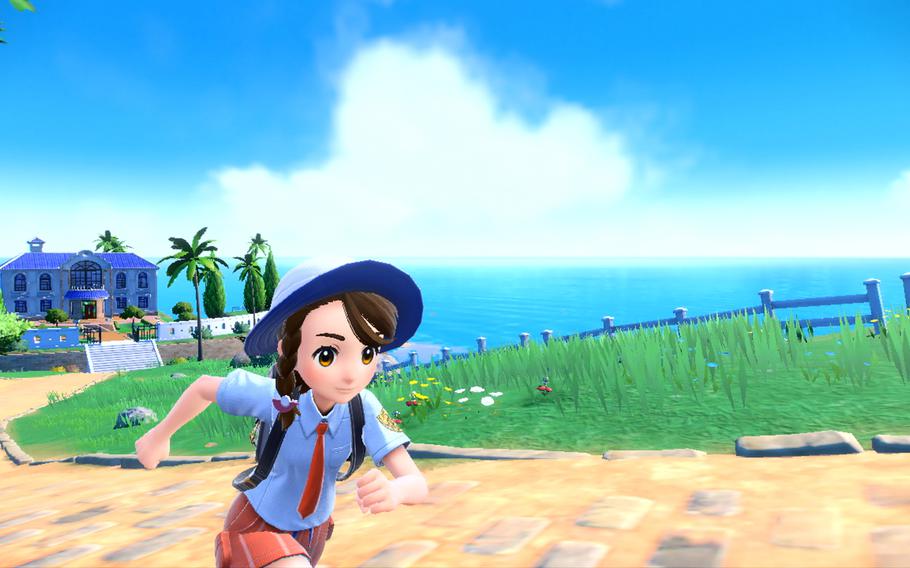 Pokemon Scarlet and Pokemon Violet bring back features from past Pokemon games, but dress them up in new ways. (Nintendo) In Pokemon Scarlet and Pokemon Violet, players battle Team Star, and have the freedom to go after any of the gym leaders and eventually tackle the stronger trainers to become a Pokemon Champion. (Nintendo) Pokemon Scarlet and Pokemon Violet bring back features from past games, but add other exciting new ways to play as well. (Nintendo)

Pokemon Legends Arceus was a prelude to this entry that appears to push the boundaries on a new vision for the series. Taking place in the Paldea region that’s influenced by Spain, these games appear to flesh out the vision introduced earlier this year.

The games have an unprecedented amount of freedom as players explore three storylines: Starfall Street, Victory Road and Path of Legends. Players can jump around on any of these threads as they venture through the campaign.

Starfall Street focuses on battling Team Star, which is essentially the Team Rocket part of the game. Players battle this gang of delinquents and their leaders. Victory Road focuses on the traditional gym route, but there’s no specific order to tackle them in Pokemon Scarlet and Pokemon Violet. Players have the freedom to go after any of the gym leaders and eventually tackle the stronger trainers to become a Pokemon Champion.

The final storyline has the most mystery. The Path of Legends focuses on Titan Pokemon, which are variants that they run across in the world. They’re comparable to the Alpha Pokemon in Arceus, but as the name implies, they’re bigger. I’m assuming the treasure hunt that’s announced as part of the school project is part of this narrative.

Pokemon Scarlet and Pokemon Violet also bring back features from past games, but they dress them up in new ways. The picnic element seems to be an evolution of Poke-Amie that was introduced in Pokemon X and Pokemon Y. It gives players new ways to care for and interact with their pocket monsters. They can make sandwiches and give them baths.

Raid battles, one of the best features to come out of Pokemon Sword and Pokemon Shield, also makes a comeback. It reinforces the games’ emphasis on exploration and multiplayer. A group of four can now go up against powerful Pokemon with a chance to catch them at the end. Some will have rare Terastal forms making them more sought-after than others.

Terastallizing essentially gives Pokemon a third typing, but with the chance of it being any of the 18 types, it creates a wild card effect in battles. It’s a different take on the Mega Evolution and Gigantamax from previous iterations that were meant to spice up battles. It can make multiplayer battles more complex with surprising results.

With so many features and elements, this new generation of games gives fans plenty to be excited about when Pokemon Scarlet and Pokemon Violet launch Nov. 18.