New Tales from the Borderland Review 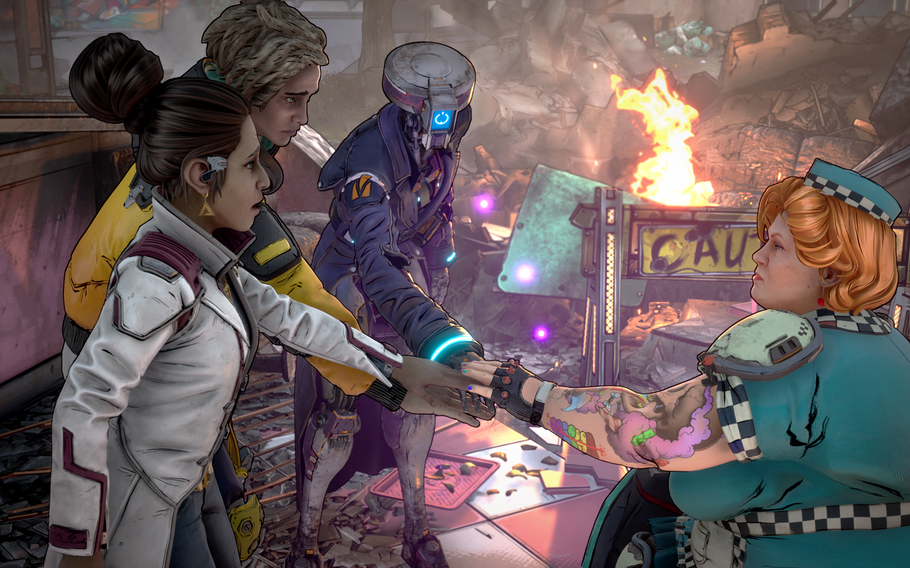 With the release of “The Quarry” and “New Tales From the Borderlands,” I had the chance to play two games that reflect the future for graphic adventure video games. (2K)

It may have been sad to see Telltale Games go some years ago, but 2K has taken up the mantle and truly done some extraordinary things this year.

With the release of “The Quarry” and “New Tales From the Borderlands,” I had the chance to play two games that reflect the future for graphic adventure video games.

“The Quarry” demonstrates a leap for this genre with their realistic graphics and the impact that each decision and dialogue choice had. I highly recommend buying this game.

You do not need to have a background in The Borderlands franchise to understand and appreciate New Tales from the Borderlands, just a sense of humor and a love of graphic adventure games.

It’s a witty, heartfelt and inspiring story of heroism and family.

The story follows Anu, a scientist, Octavio, her brother, and Fran, a frozen yogurt business owner who employs Octavio at her establishment.

The story begins with Anu on Atlas’ corporate headquarters, which is a spaceship. You get an immediate sense of Anu’s moral compass from the very beginning when she frees little fuzzy animals called jabbers from being experimented on.

When it’s discovered that she is the culprit behind releasing all the jabbers, she is ordered to go to the CEO’s office. She brings with her the device that she is working on – a gun that sends people on “vacation”.

Anu is in big trouble with her CEO and shows him the device that she is working on. The CEO asks you to demonstrate it on an object in his office. This prompts his little robot to hilariously - in true Borderlands fashion – ask to sacrifice itself to get the object.

Ultimately, you are fired for sending both the robot and the object on a permanent vacation.

As you wallow in your room aboard the spaceship, another corporation begins a hostile takeover of the spaceship for a vault key and invades the nearby planet.

This prompts your assistant to help you escape the ship so you can find and help your brother. As you’re leaving, your assistant gives you a vaultlander figure, which is easily the best figure in the game, for safe keeping.

Overall, I loved this game. There are some things that I wished that there was more of. I wished this game offered more puzzles and mini games. However, the dialogue and decision-making moments made up for this.

I would recommend buying this game if you are looking for a graphic adventure game or a chance to play something Borderlands-related.

If you are new to the genre and are looking for something more action intensive, I would recommend “The Quarry.” This is a game that you can play with a group of friends and is a pretty cool horror game, perfect for Halloween.