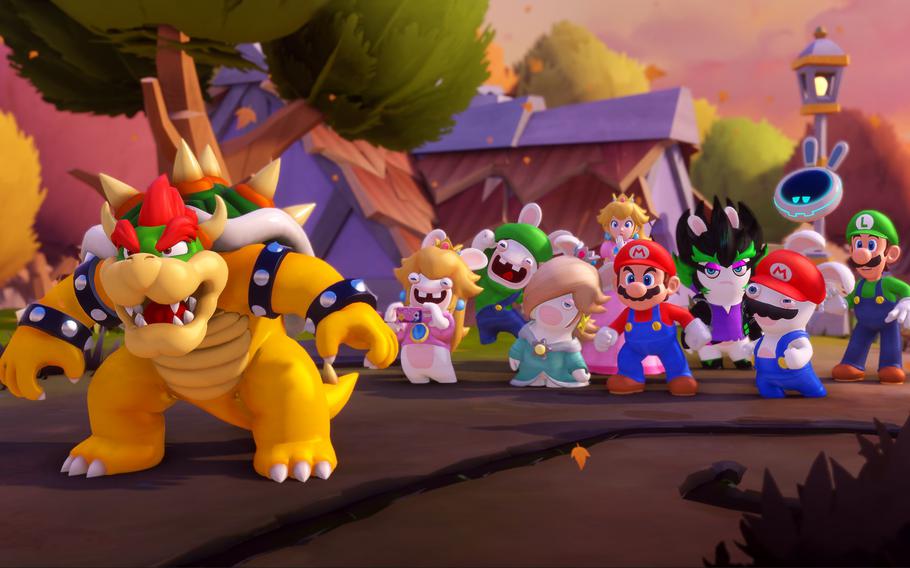 As in the original Mario + Rabbids game, players can switch out among three team members (from a total of nine heroes) at any time so they can layer movement and attacks. (Nintendo)

Mario + Rabbids: Kingdom Battle was one of those games that I never wanted to end. The surprisingly fantastic title from Ubisoft Milan and Ubisoft Paris put a whimsical and flexible bent to a strategy genre that was stubbornly rigid and punishing.

It was a breath of fresh air that adeptly combined the chaos sown by the Rabbids and the smart gameplay of Mario games into a project that worked cohesively on all fronts. Every encounter could be approached in different ways using novel combinations of characters and strategies.

For the sequel, Mario + Rabbids: Sparks of Hope, I wouldn’t blame the teams for wanting to keep the same mechanics while broadening the level and scenario design. The formula they came up with was so ingenuous that it had plenty of avenues to explore. Thankfully, the Ubisoft developers went in a different direction.

They kept many of the same concepts from the original. The comboing of attacks is is still there. Players can switch out among three team members at any time so they can layer movement and attacks. Players can dash to hurt enemies and run to an ally for a Team Jump to reach longer distances.

The differences lie in the details. The developers removed the grid system and now give players free rein to move around within a character’s set parameters. They can run however they want in that defined space, and they’ll have one dash and one Team Jump to use along with two action points. The big caveat for this freedom though is that an attack will end any chance at movement.

The new range of movement adds a more visceral element to Sparks of Hope as players no longer have to point and click different elements to see how their turn will go. They can tilt the sticks and see their characters scramble across the screen.

That dynamism flows to other elements of the campaign. Players will recognize more foes from the Mushroom Kingdom. Goombas will soldier forward and the best way for Mario and company to eliminate them is to dash at them in a straight line. (Don’t do what I did initially and try to fire at each individual one. That’s a waste of a turn.)

Players will also find Bob-ombs that they can knock down with a dash and pick up to toss at foes. Players have to do it quickly because they will explode if left alone too long. This again creates a new element that adds a dash of real-time mechanics to the turn-based gameplay.

Another part of this equation comes in the form of level design as Sparks of Hope has levels that are less static and ones that are more likely to change. A switch will bring up a new section of a stage that players will have to account for on the fly. Portals will whisk in new enemies to catch players off guard. The stages will keep players more on their toes as Cursa (The new Big Bad of this entry.) is spreading its Darkmess energy around the galaxy, and Mario and company will have to find a way to clean it up and stop her. 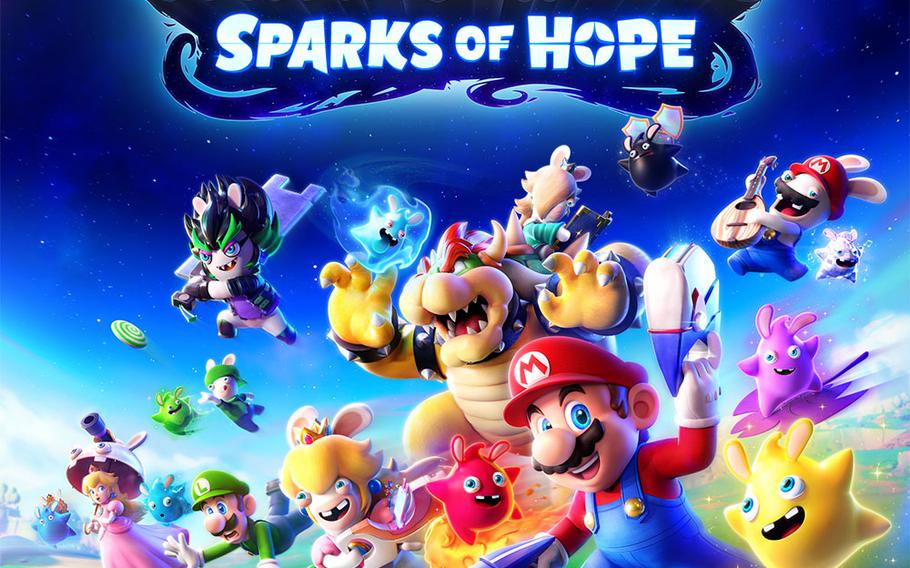 These surprises amp up the difficulty slightly, and that means it’s best for newcomers to have experience with the original game before jumping into this one. The start of Sparks of Hope doesn’t do a great job teaching players the mechanics compared to the original.

The other big change comes in the characters and construction of the teams. The sequel gives Mario’s crew and the Rabbids more defined roles. Mario is the all-arounder with an overwatch type technique that lets him strike at enemies as they move around the battlefield. He also dual wields two blasters. On the other hand, Rabbid Mario is a brawler that needs to be up close to attack. He doesn’t have a ranged option while his Technique is called the Counter Blow and allows him to attack enemies that hit him up close.

The wild card in all this are the Sparks, which are a combination of Rabbids and Lumas. They each have their own distinct abilities that augment a character. Because players can give a character up to two Sparks, it creates more strategic depth as some will mesh well with the more defined roles of the characters.

The Sparks are the ones that give an elemental boost to weapons or allow characters to go stealth and remain undetected for ambushes. They can be powered up by feeding them Star Bits that enemies drop when defeated. It usually improves their passive powerups such as damage boost or physical protection when they’re equipped.

When used with a teammate’s special ability, Sparks open up more paths for damaging combos. For example, players can give Pyrostar to Luigi in order to burn enemies with his Sharpshooter bow. If players set Mario’s Hero Sight ability beforehand, the scorched enemy could run around and trigger Mario’s overwatch ability and knock the foe off the map.

With plenty of Lumas to pair with heroes, players will have more combinations than ever to test out. It’s just the tip of the iceberg for Sparks of Hope, which is already shaping up to a strategy-game fan’s dream when it arrives on the Nintendo Switch on Oct. 20.