Live A Live revives a lost classic to US fans 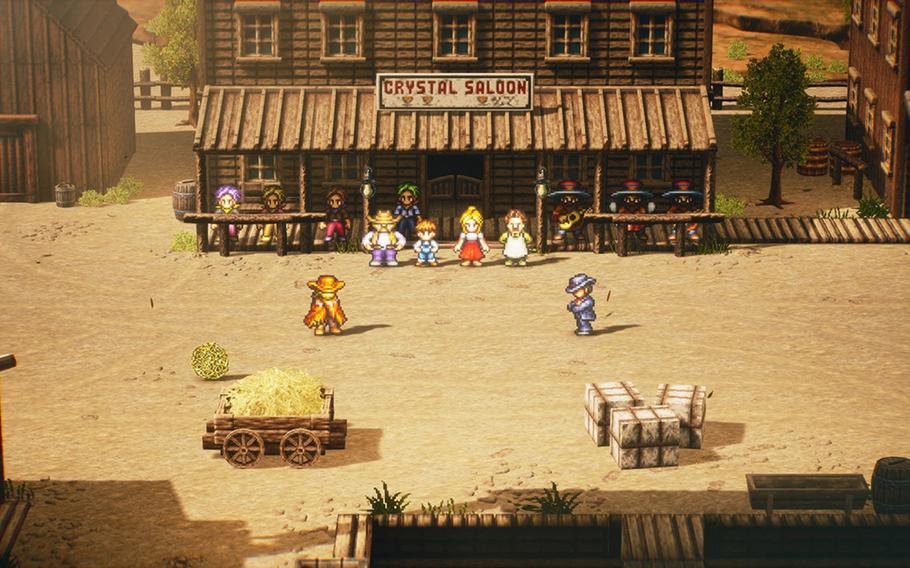 Live A Live features a chapter taking place in the Wild West. It’s one of the best ones in the game. (Nintendo)

Newer isn’t necessarily better when it comes to video games. A survey by Solitaired.com found that 87% of Americans would play their childhood classics if they had the cart or console. Despite the primitive visuals, the pixels of the 8- and 16-bit era brim with a distinct mix of magic and nostalgia.

It’s an iconic style that’s birthed several modern takes on the retro look. Few publishers have mastered this aesthetic like Square Enix. The company behind Final Fantasy has found success touching that nerve with the likes of Octopath Traveler and Triangle Strategy. Its latest release, Live A Live, is a bit different because it’s a revamped version of a game that was never released outside of Japan.

For the first time, American players can experience a missing chapter from director Takashi Tokita’s oeuvre. He’s one of the minds behind groundbreaking role-playing games such as Chrono Trigger and Final Fantasy IV and Live a Live sits amid that pantheon.

A treat from the past

But to appreciate the project, players must put their frame of mind on the limitations of the time. If they look at Live A Live from that lens, the project is astounding. It takes place over eight historical eras, and era has its own distinct playstyle and story. Players can choose to tackle the eras in any order.

Prehistory is told without words as a caveman named Pogo tries to rescue his love from being part of a human sacrifice. Imperial China focuses on a martial arts master searching for a successor. The Middle Ages takes the curious on Oersted’s journey to defeat the Lord of the Dark while Edo Japan puts players in the shoes of Oboromaru, a ninja on a rescue mission.

The Wild West chapter features an outlaw name Sundown who reluctantly protects a town from bandits. The one taking place in Present Day follows Masaru Takahara, a street fighter who wants to test his skills while the Near Future segment goes wild with giant robots and Akira, a protagonist who has psychic powers. The Distant Future stars a plucky robot named Cube who must save its spaceship crew from a saboteur. 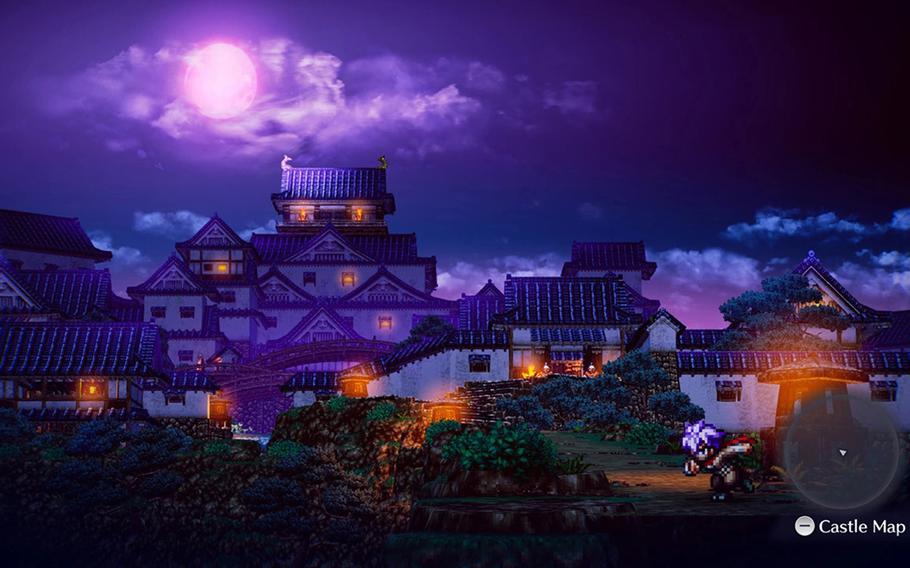 Oboromaru’s story in Live A Live has the most complex level construction and intriguing plot. (Nintendo)

The gameplay accompanying each of the eight stories is tailored to the plotline. Present Day is modeled after a fighting game as Masaru battles foes and has the ability to copy and learn their attacks. The beautifully done Western unfolds in two phases as Sundown has to gather resources and delegate jobs to the towns people while battling the Crazy Gang. The Near Future doesn’t have much combat but it has a tense “Alien”-inspired storyline as the robot must investigate what’s going on the ship while avoiding a creature that busted out of the cargo hold.

If my teenage self ran into Live A Live in the 1990s, the eclectic range of styles and ideas would have been mind-blowing. In the modern era, it’s not nearly as impressive but the core ideas still hold up thanks to the clever mix of polygons and other camera techniques that blend seamlessly with the charming 16-bit sprites.

Where it stands out

Live A Live chapters with more conventional Japanese role-playing game tropes are still good. The battle system takes positioning into account as players try to outmaneuver foes on a grid with different attack types. If they move too much, it gives their opponents an opportunity to counterattack, so there’s plenty of depth, risk and reward to the turn-based combat. Nevertheless, JRPG truly shines when it offers more unconventional gameplay twists.

The Edo Japan section lets players approach the mission via stealth or through combat-heavy means, with appropriate rewards on each end. This chapter has the most elaborate set pieces as the shinobi ventures through a castle filled with samurai and monsters. In the Imperial China era, the master of the Earthen Heart style has to choose among three successors, and players must train the star pupil for the conflicts ahead. Being a master, he doesn’t gain levels but his students, who are novices, will.

Although these narratives seem separate, the director, Tokita, tries to grasp them together in the Dominion of Hate. That’s the ninth episode of the saga, and it lets heroes from the past era come together. This is when all the hard work players put into leveling up and gathering rare gear pays dividends.

Each protagonist has different strengths and weaknesses, and the fun part about this section is that players get to build their own four-unit team to take on the big bad at the center of Live A Live.

Narratively, it’s not as cohesive or coherent as other chapters, but it works well enough for two reasons. The first is that it gives players more time to spend with characters who piqued their interest, and players can empower characters with dungeons and treasures unique to them. The second is the mixing and matching of teammates offers more depth as players form the right squad to take on a universal evil.

Although some aspects may not be as impressive in 2022 compared to 1994, Live A Live has the storytelling and gameplay that translates over time and confirms the game’s status as a lost classic. It’s a project that’s both retro and fresh to a new generation of fans.