The best couch co-op games to play with friends 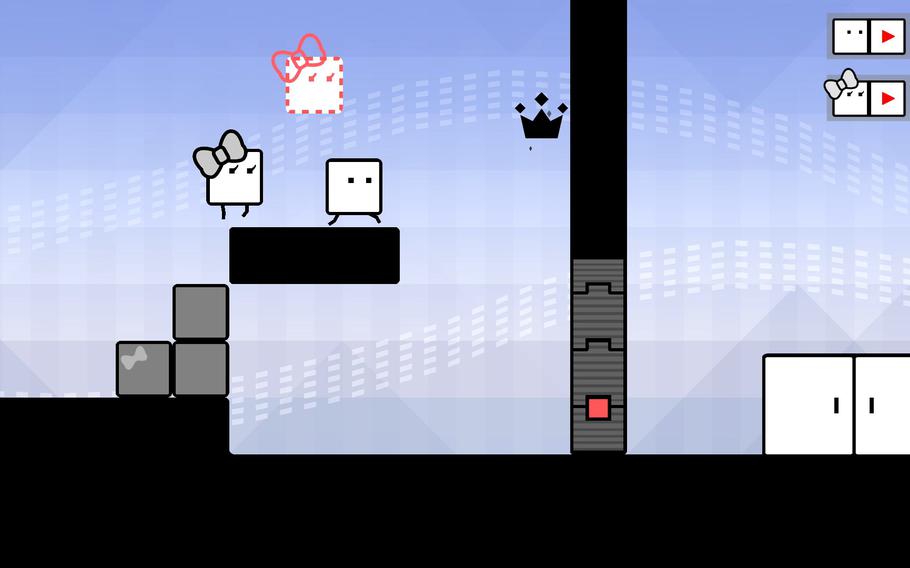 Online multiplayer may have become the de facto way to play games together, but there are still plenty of cooperative titles for those looking to cozy up with friends and family and enjoy games together IRL.

Couch co-op games are designed to be played by multiple people gathered around the same screen and all working toward the same goal. Though the market has undeniably thinned over the years, it's still a broad category that covers a wide variety of games. But they all share one thing in common: cooperation is key, and it'll make or break your play experience.

Your best bet at finding your next favorite couch co-op game is to know what you want from it. Do you want to team up with friends to overcome a common enemy or put your heads together to tackle puzzles and platforming challenges? Are you looking to get invested in a narrative-driven adventure or revel in the hilarity and frustration of chaotic gameplay?

Below, we've rounded up the best cooperative titles for PlayStation, Xbox, Nintendo Switch and PC. Each pick was based on the strength of its cooperative experience, and we've included games that span a range of skill levels and genres.

For the puzzle solvers

Phogs takes the idea that two heads are better than one literally. You play as a noodley, two-headed dog with a head on either end (think CatDog minus the arms and legs ... and cat too, I suppose). Each player controls one of the heads, stretching and slithering through the colorful environments to overcome obstacles and solve puzzles. Its wonky physics makes for hilarious and ridiculous gameplay as you navigate equally wacky challenges, like bouncing around a putt-putt course as the ball or becoming the claw in a giant claw machine.

You can play Phogs with up to two players on Switch, PC and PlayStation and Xbox consoles.

From HAL Laboratories, the team behind Kirby and the Forgotten Land and the Super Smash Bros. series, comes this charming puzzle platformer with a minimalistic design. The latest title in the BoxBoy series and the first to feature cooperative play, BOXBOY! + BOXGIRL! is a two-player adventure where each player grows boxes out of their head to build bridges, climb up structures and overcome obstacles. There's a limit to how many boxes each player can create in a level, making good communication essential to figuring out where to strategically place each one to solve the puzzle.

You can snag BOXBOY! + BOXGIRL! on Nintendo Switch.

The concept of Death Squared sounds simple enough. Each player must guide their colorful, cube-shaped robot to a tile of the corresponding color without dying to complete the level. Where things get tricky, though, is trying to navigate the hazards, deadly lasers and traps that make each grid-based puzzle progressively more challenging. The traps are color-coded, and robots of the same color are immune to their effects. Players must work together to block hazards and change the level's layout by hitting buttons that match their color to get their teammates through safely.

Death Squared supports up to four players and is available on PC, Switch and PlayStation and Xbox consoles.

For players looking for chaos

Overcooked: All You Can Eat! (Ghost Town Games)

Overcooked: All You Can Eat!

If you've been wanting to try out the culinary co-op chaos of the Overcooked series, it's never been easier. The Overcooked: All You Can Eat! compilation includes both Overcooked and Overcooked 2 along with all their DLC. Players team up to prepare and serve as many dishes as possible while working in kitchens where no kitchen should ever be, like hundreds of feet above ground in a hot-air balloon or smack dab in the middle of an active volcano. If that sounds like absolute mayhem, it is! But the frenetic and oftentimes frustrating gameplay is a large part of the fun.

You can get Overcooked: All You Can Eat! on PC, Switch and PlayStation and Xbox consoles.

Streets of Rogue takes the thrill and unpredictability of a roguelike and turns it into multiplayer mayhem. Set in a top-down view, the game sees players tear through a procedurally generated city, completing missions and unlocking new gadgets and abilities to wreak more havoc on subsequent runs. Streets of Rogue strikes a similar goofy tone as Enter the Gungeon, leaning hard into its own ridiculousness with plenty of wacky gags and fourth-wall-breaking jokes. Playable classes include "cannibal" and "gorilla," chicken nuggets are used as currency and you scarf down bacon cheeseburgers and whiskey to heal.

Streets of Rogue supports up to four players locally on PC, Switch and PlayStation and Xbox consoles. 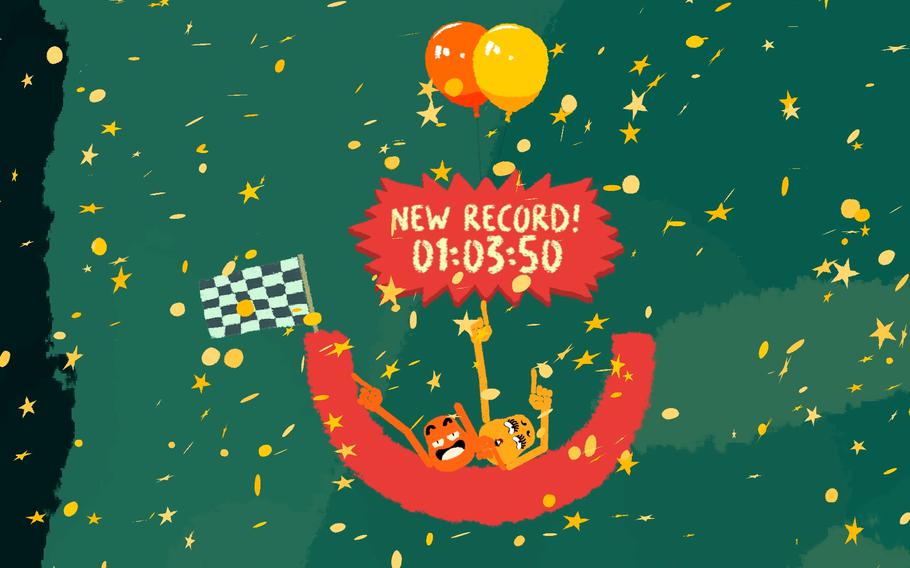 The goal of Heave Ho is simple: Don't die. But you and your teammates are a wobbly chain of legless trapeze artists flailing through the air, so that's easier said than done. In this wonky physics party game, each player controls a colorful blob with two arms, using the analog stick to swing them and the left and right bumper to open and close the corresponding hand. The intentionally convoluted mechanics make the process of just getting from point A to point B a tricky exercise in communication and coordination. Navigating the game's platforming levels becomes a chaotic scramble of gesticulating limbs that may test the limits of some friendships.

Heave Ho supports up to four players on Nintendo Switch and PC.

For players itching for a good story

It Takes Two won game of the year at the 2021 Game Awards - and with good reason. Designed from the get-go as a two-player experience, the game follows a married couple on the brink of divorce who, after breaking the news to their daughter, become trapped inside the bodies of her dolls. This co-op platformer is packed with a dizzying number of game mechanics that players must use to navigate their now-supersized environment a la "Honey, I Shrunk the Kids." You fly through the air with fidget spinners, brave the wintry mountains inside a snow globe and watch as the couple slowly rediscovers why they fell in love in the first place.

You can play It Takes Two on PC as well as PlayStation and Xbox consoles. The Borderlands games have always been best enjoyed with friends, and this spinoff for one of the series' most beloved characters is no different. Tiny Tina's Wonderlands combines the fantasy and role-playing elements of Dungeons & Dragons with the mayhem of Borderlands' looting/shooting gameplay. Along with the standard extensive arsenal of firearms is a revamped melee system and spell-casting for players to mow down hordes of enemies as they please.

Up to two players can play Tiny Tina's Wonderlands via split-screen on PC and PlayStation and Xbox consoles.

Knights and Bikes is what you get when you combine the coming-of-age narrative beats of "The Goonies" with the humor and visual style of Psychonauts. This hand-painted adventure game follows two childhood friends as they go treasure-hunting on a mysterious island with their pet goose, Captain Honkers. Players work in tandem to solve puzzles, clear obstacles and defeat island residents possessed by an ancient curse. It's a charming celebration of childhood that doesn't shy away from the scary and weird bits of growing up.

Knights and Bikes is available on Switch, PC and PlayStation and Xbox consoles.

For players seeking a challenge 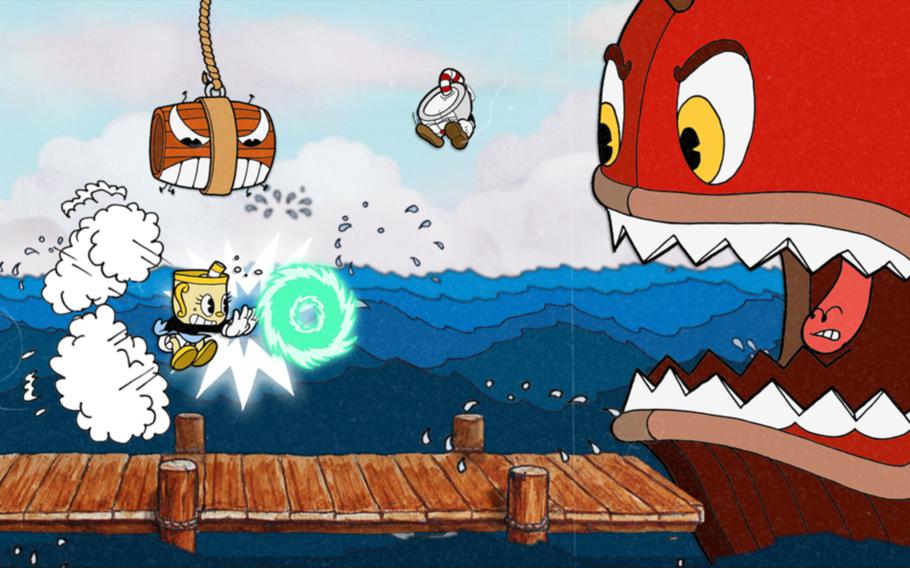 A longtime indie favorite, Cuphead is a run-and-gun shooter that's as punishingly difficult as it is gorgeous. Its meticulously hand-animated art style is inspired by Disney and Fleischer Studios cartoons of the 1930s, and its jazzy soundtrack borrows from the same era. Players traverse surreal worlds and duke it out with sentient poker chips, demonic clowns and boxing frogs across elaborate, multistage boss battles. You will probably die. A lot. But there's a solidarity to be found in overcoming such impossible odds side-by-side with a friend.

You can play Cuphead on Switch, PC and PlayStation and Xbox consoles.

While not quite as brutal as Cuphead, Wizards of Legend is a dungeon crawler with mechanics that are easy to pick up but difficult to master. You juggle an elaborate arsenal of spells and chain together devastating attack combos as you try to survive waves of enemies and merciless boss fights across 10 levels of a procedurally generated dungeon. Its retro art style is a dazzling throwback to the 16-bit generation while its roguelike elements make each run feel like something new and unique.

You can tackle Wizards of Legend with up to two players on Switch, PC and PlayStation and Xbox consoles.

Before Celeste, there was Tower Fall, an archery combat arena game also from Matt Makes Games where players have to rely on quick thinking and even quicker reflexes. While its gameplay originally focused on multiplayer deathmatches, the revamped port for PC and other game consoles, Tower Fall Ascension, added cooperative campaigns for up to four players. It's still the same fast-paced combat, split-second decision-making and scramble for power-ups that defined the original experience, just with players using their sharpshooting skills to take out hordes of monsters instead of each other.

Tower Fall Ascension is available on Switch, PC and PlayStation and Xbox consoles.