Assassin's Creed Valhalla: In need of an endgame 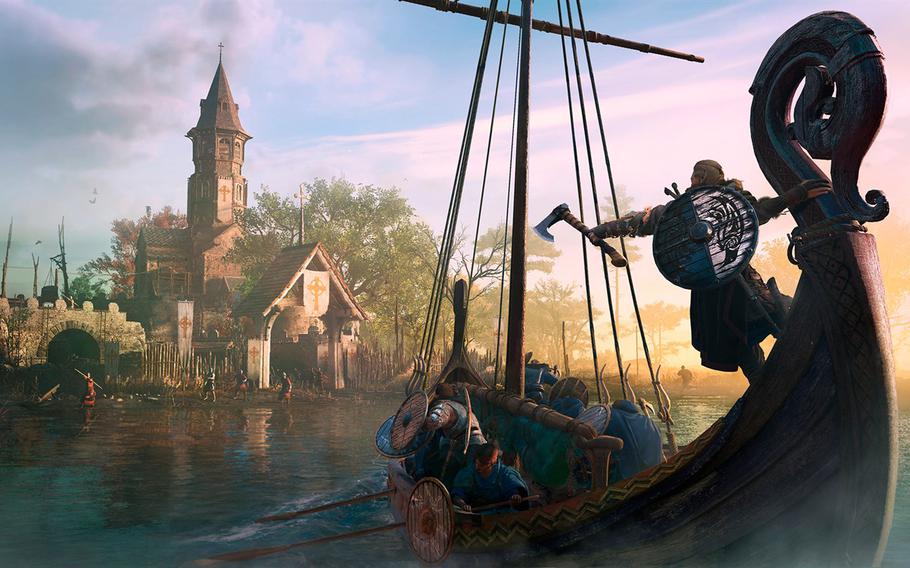 I recently completed Dawn of Ragnarok, the latest downloadable content for Ubisoft's Assassin's Creed Valhalla. In doing so, I eclipsed the 300-hour mark of playing Valhalla. I am dead on the inside.

It's easy to lump all of Valhalla's downloadable content (DLC) reviews into one, because they all fail for the same reasons. For starters, they rarely offer anything different from the base game experience. You go through the same rigmarole of the main game, navigating a map littered with icons, tackling world events coming in seven-ish varieties on the way to a story cutscene. But in the DLC in particular, there is little to no payoff in terms of gameplay or story — especially given the amount of time demanded of players by these expansions.

With that in mind: Why did I put myself through more than 300 hours in Assassin's Creed: Valhalla, a 100-plus hour experience with three and a half DLC packages on top of an already bloated base game?

One of the best qualities of the Assassin's Creed series is its commitment to accuracy, especially when it comes to different cultures, historical settings and mythology. Valhalla, for what it's worth, nails Nordic mythology, from major story beats to tiny references like Ratatosk the Squirrel. Another great quality is the series' deeply complex lore. Admittedly, the present-day storylines can feel a tad convoluted, and are hit-or-miss from game to game. But Valhalla's lands on the "hit" side, finally answering series-long questions about things like the ancient group known as the Isu. Through hidden collectibles found in the game's world, you discover the (Spoiler alert) true backstory to the game, leading to one of the most satisfying revelations about the overall plot and main antagonist of the series.

To be clear, I restarted my game after 80 hours due to a game-breaking bug that Ubisoft didn't fix until 5 months after release. I felt that the Valhalla experience would be worth my time, based on what I had played already and what I knew about the series. So I restarted my game, determined to get past the game-breaking bug and experience everything the game had to offer, including DLC.

My impression, after all that investment, is that while the base Assassin's Creed Valhalla experience is great — though it might benefit from being way, way shorter — the DLC offerings are seriously flawed from a gameplay and narrative standpoint.

Valhalla is the third game in a second trilogy of the revamped Assassin's Creed franchise. It follows two storylines, as many Assassin's Creed games do. In flashbacks into history, Eivor, a Nordic Viking warrior attempts to conquer England with their brother Sigurd and the mysterious assassin Basim. In the present day, players follow Layla, a recurring character from the trilogy who can view events from the past through a device known as the Animus. Layla's goal is to figure out how to stop an impending apocalypse - something the first trilogy's main character, Desmond, was only able to delay. The solution has something to do with the Isu, who left clues throughout the world about the impending apocalypse, and, potentially, how to stop it.

A current weakness with Valhalla's DLC — and Assassin's Creed as a whole — lies in the open-world approach. Since the new trilogy began, the series' gameplay has trended toward a bigger open world, with an RPG-driven gameplay loop. Assassin-like abilities like stealth started taking a back seat to flashier combat and skill trees a la God of War. There's nothing inherently wrong with this. The main issue is that Ubisoft takes "Open World RPG" to mean that their world needs to be filled with content, no matter how irrelevant or boring. It's how you get those meme-worthy maps filled with a zombifying amount of world events and icons. Dawn of Ragnarok and the other Valhalla DLC unfortunately fall victim to this.

“With games like Horizon: Forbidden West and Elden Ring releasing back to back, even the most dedicated of players are likely fatigued, with hundreds of hours of content at their fingertips. And if gamers have less and less time to complete games — with some opting to abandon great games to play others — then wouldn’t a shorter, tightknit experience that they can actually finish be better?”

There's another problem: the lack of a "motivational loop" for players. Nothing in the DLC changes anything in the base game — gameplay or story-wise — meaning the overall feeling of satisfaction players feel in both regards is greatly diminished.

The DLC follows the structure of the main game. The way it attempts to change this is by offering unique combat abilities, like Dawn of Ragnarok's Hugr-Rip, a device that allows you to copy enemy's abilities. But because you can't transfer these abilities to the base game nor to the other DLCs, the mechanic feels extraneous, just a means to differentiate the DLC instead of an actual evolution in the way players tackle fights and challenges across the content.

Narratively, all of the Valhalla DLC misses the mark too. The original Valhalla content attempts to engage players through a complex, captivating narrative, filled with dense plotlines and player choices throughout that add to the main narrative of the overall series. The story cutscenes, for those who care, are reward checkpoints players receive after big moments of gameplay. It's a sort of "motivational loop" that keeps players coming back: They want to see where the story goes.

But the stories from the DLC don't connect to the main plot; they're isolated experiences. Sure, these narratives are adequate, but since they don't tie back to the plot in a meaningful way, Ubisoft can't use these narrative "rewards" nearly as effectively as before. The story cutscenes seem extraneous, and anything even remotely referencing the main plot comes off like prolonged explanations for story beats players already figured out through the base game.

These two things combined make progressing through every Valhalla DLC feel like a chore. Other Assassin's Creed Valhalla DLC reviews seem to agree. The recurring thread: "more of the same" and "nothing new to offer."

Maybe you could argue that the DLC is worth a purchase due to the sheer amount of content. But I'd argue there's an inherent problem with that logic.

Valhalla's DLC content offers the same types of events in its open world (stacking rocks, drinking contests, rap battles, etc.) that were present in the main game. There's no natural motivation to explore off the main path because anything you find there are experiences you've already had, just reskinned to match the new DLC settings. And since the story doesn't tie back to the main plot, there's little reason to follow the main path too. Besides, did Valhalla — already long at more than 100 hours — really need this much more of the same?

With games like Horizon: Forbidden West and Elden Ring releasing back to back, even the most dedicated of players are likely fatigued, with hundreds of hours of content at their fingertips. And if gamers have less and less time to complete games — with some opting to abandon great games to play others — then wouldn't a shorter, tightknit experience that they can actually finish be better?

Assassin's Creed games used to be smaller, relatively, at least. The highest metacritic ranking of games in the franchise are Assassin's Creed II and Brotherhood, both clocking in at around 20-30 hours in length. Now, the bloat of Assassin's Creed Valhalla and its DLC releases make plain that developers need to seriously consider the value of making games longer — if anything, just to save gamers from dying on the inside.