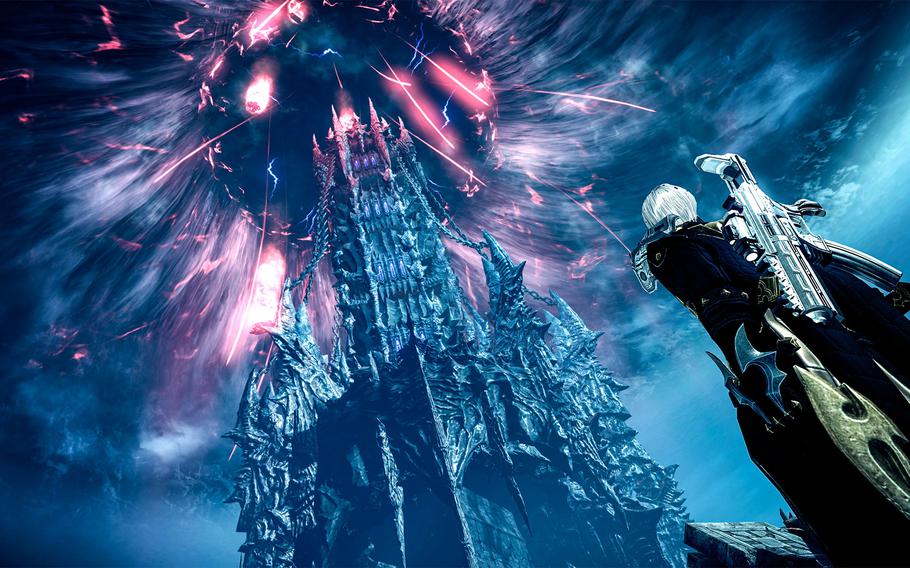 Lost Ark broke records during its February launch, and the popular game’s servers are often so busy that it’s hard for players to join. (Amazon Games)

I'd done it. Or had I? After prevailing in my most recent boss battle in Lost Ark, the cutscene played — all the while displaying an error message that the servers were shutting down for their daily three-hour maintenance. Players around me in area chat told me my character would likely be evicted from the dungeon the next time I booted up the game, erasing my progress. Unlucky.

Wading into another dungeon, complete with its mobs of enemies and mini-bosses just 20 minutes before its scheduled maintenance at 3 a.m. Eastern time was probably ill-advised, but that's the thing about Lost Ark: It's good, and it's hard to put down once you're in the game.

Over a million people, like me, are playing Lost Ark at the time of writing, according to Steam Charts. The game broke records upon its February launch across North America and several other regions, becoming the game with the most concurrent players of all time on the PC games store/platform Steam after PlayerUnknown's Battlegrounds. Some servers for the game are still often so busy, they're hard to join.

It's hard not to be hooked. In the first few minutes of the game, you can try out several skills that look and feel incredibly powerful, and take down impressive-looking bosses with a few hits. Some of my friends commonly purchased platinum Founder's Packs (retailing for $100), and many are already nearing the endgame. It takes just over a dozen hours to get to level 50, the level at which many consider the game truly begins. 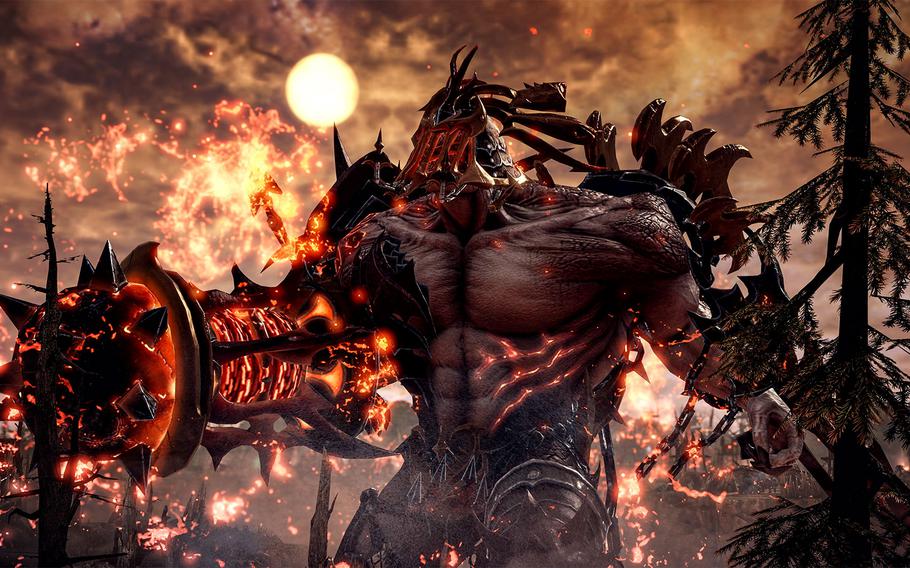 In the first few minutes playing Lost Ark, you can try out several skills that look and feel incredibly powerful, and take down impressive-looking bosses with a few hits. (Amazon Games)

Amazon Games, which published Lost Ark in North America, Europe, Latin America, Australia and New Zealand, is counting on the bounty of content added to the game over the past two years by developers at Korea's Smilegate studio to keep audiences engaged. Amazon worked with the studio to localize the dialogue in English, French, Spanish and German.

Unlike Amazon Games' original titles, Crucible and New World, which had to find new audiences, Lost Ark has one built in, within some pockets of the Asian diaspora given its previous release there. It also appeals to gamers who already enjoy titles like MapleStory, Black Desert Online and League of Legends. In 2019, Lost Ark won Korea's game-of-the-year award, the Korea Game Awards Grand Prize, and peaked with 260,000 concurrent players in that country alone.

Before Lost Ark, Amazon's track record on games has so far been rocky. Crucible was shut down in November of 2020, months after its release. New World is still receiving updates, although its player base is on the decline.

Lost Ark has silly quests that add levity. Like many multiplayer games, it has a quest introducing pets to players. The game has fun with it, asking you to pick up loot (grains and rice) by hand until you acquire a pet that can pick up loot for you. Another quest entails obtaining carrots and herbs to woo a character who is a terrible cook. After you try her cooking, you must decide to lie to her or tell her the truth. (My friend and I continuously heaped praise onto her instead of coming clean.) Running around town to complete some of these quests takes time away from the main storyline, but often these side exploits are some of the most compelling.

Lost Ark also has good quality-of-life features. It's a free game, yet there are so many perks. For starters, you can ride a mount across towns and there's an auto-move function, so you don't have to constantly move your cursor to reach places. (New World notably does not have any mounts, and while there's a lore reason for that, it's more of an inconvenience than a fun fact.)

Fast travel is enabled as soon as you reach a new location, so you can go back and visit old NPCs or help out a lower-level friend. It usually costs silver, a form of in-game currency, to travel, but players who bought any tier of the Founder's Pack (ranging from $14.99 to $99.99) get free trips. You can also talk to people over a wide area without having to pay real money to access world chat, as in some other games. The minimap also takes a nod from mobile game design and marks quest objectives with massive icons so you can't get lost, no matter how bad your sense of direction might be. 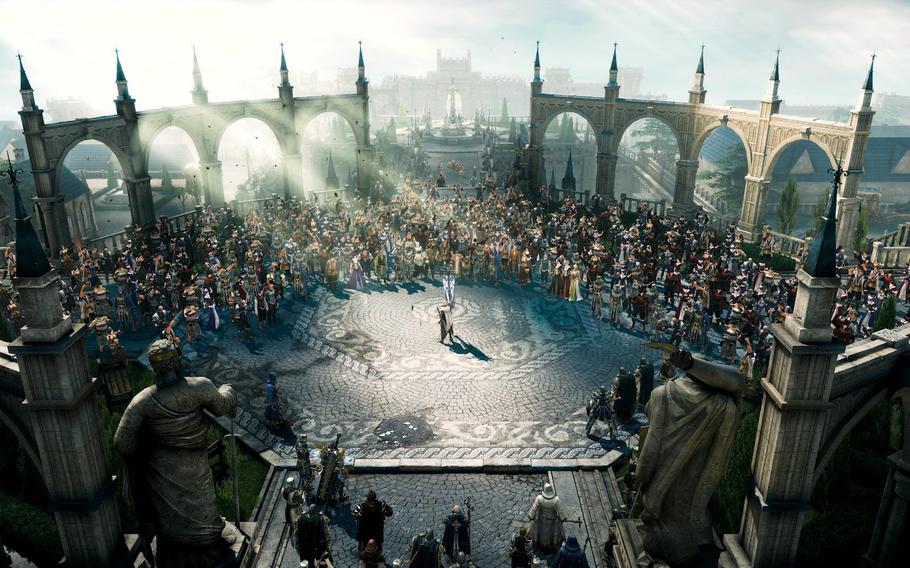 From the start of the game, Lost Ark allows you to sample multiple classes and skills, as well as how combat feels against a boss or a bunch of mobs, before you advance deeper into the game.  (Amazon Games)

When Lost Ark arrived in closed beta on Steam in November 2021, I decided to wait until the game launched to play with a wider group of friends, as that's how I enjoy multiplayer games. From the start of the game, Lost Ark allows you to sample multiple classes and skills, as well as how combat feels against a boss or a bunch of mobs, before you advance deeper into the game. Considering how much time in Lost Ark is spent hacking and slashing through dungeons and wild terrain, combat has to feel slick and suit each player's preferences. By presenting this demonstration early in the game, Lost Ark lowers the risk that a player gets locked into a class and a playstyle they hate.

I play an assassin, as a nod to MapleStory's heyday, and I'm a "Shadowhunter," meaning I deal a lot of sharp attacks that feature cool animations and a demonic growl. This is a class that excels at destroying dozens of mobs at once, which I knew would come in handy for a long grind.

Luckily, Lost Ark's grind is pretty bearable. The game gives you so many skills upfront that it makes the early game super enticing but the teenage levels a bit more boring, at least until you unlock more of the kit. Players start off at level 10 (unless you play through the prologue, which is also skippable). What's more, if you charge up your power gauge long enough by landing attacks, you can unleash a special combat mode and wreak havoc on the map.

The question now is how long Lost Ark's fun will last. A game like this lives and dies by its community. So far, Lost Ark has that. Growing pains — like the game having a three-hour maintenance period every day that fans are complaining about — seem tolerable for now. And people I spoke to said they are having fun but aren't sure if they will make this their main game that replaces a behemoth multiplayer title that demands daily attention, like League of Legends and Black Desert Online. So far, they're entertained by the content Lost Ark pumps out, and there's enough in store that excites them.

The feeling of solidarity when everyone in the chat is sending well wishes and saying goodbye to their dead world as the server is about to close for the night is a fun one. It's one that a lot of games can provide, but for now Lost Ark is the one people have glommed onto.