Latest Dying Light chapter is all about the journey 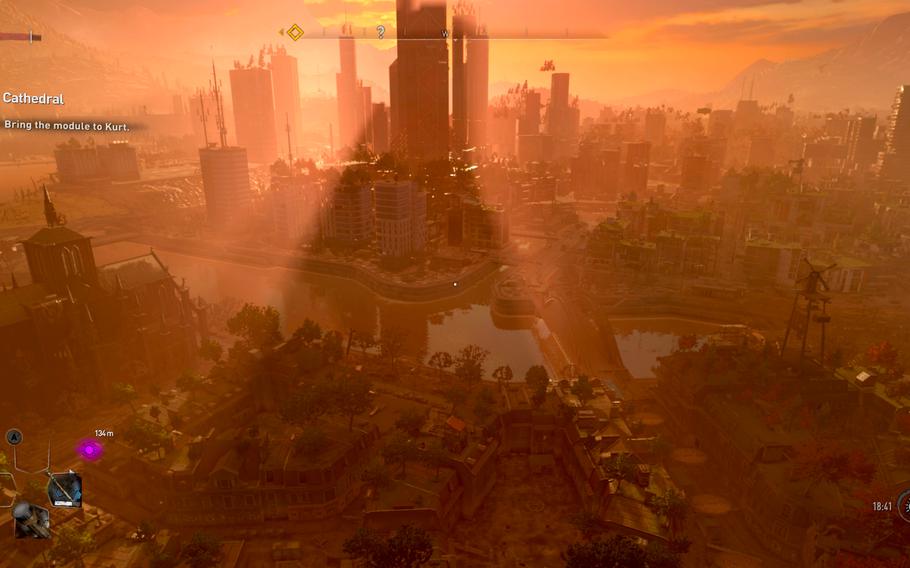 I was not exactly thrilled to begin Dying Light 2 Stay Human. I'd willfully missed out on its predecessor because I understood it was a fair time commitment, and only thing I knew going into the sequel was that it was an open-world game, with RPG elements, set in a post-apocalyptic, zombie-congested city. The thought of slipping through seedy ruins staving off viscera-smeared monsters filled me with a wary sense of deja vu as I've battled some version of "the infected" in more games than I care to recall.

Early impressions didn't cause me to doubt my misgivings. The plot setup is nothing if not basic: the game casts you as Aiden, a man searching for his sister, who, like him, was the victim of a covert medical program that used kids as test subjects. (Aiden's backstory is told in flashbacks that are too rushed to establish any significant connection to his younger self.) Even now, more than 50 hours into the campaign, I'm not particularly invested in Aiden's quest.

All that said, I am dazzled by how compelling it is to pilot him about the blighted cityscape.

Similar to the Mirror's Edge series, Dying Light 2 is a parkour game where you spend a hefty amount of time scurrying over things with acrobatic grace. The game excels at conveying the physicality of Aiden's movements, like the way he tucks into a roll when landing a high jump or flings himself through the air to tackle an enemy. There is a feeling of velocity and weight to his actions. Aiden's character animations made me reflect on how far development practices have come since the days when controlling a character from a first-person perspective felt like steering a disembodied camera.

Getting Aiden from point A to point B is wonderfully complicated by the game's day night cycle. During the day, relatively few zombies roam the streets while the majority sleep in darkened buildings. Those buildings, however, are where the most useful loot can be found in the form of weapons and stat- boosting concoctions. Venturing indoors before evening is usually a recipe for disaster. At night, buildings are easier to infiltrate, but the streets are filled with zombies. When I first started playing Dying Light 2 I instinctively avoided traveling at night. Later, when I grew more comfortable with the controls, I embraced the risk of hitting the streets after dusk. (The ominous droning sound that plays at sundown is superb as is the game's sound design.) I learned to keep my flashlight off as much as possible so as not to attract a swarm of the infected.

Running through those murky nights while trying - and sometimes failing - to pick out objects to climb over, putting some distance between Aiden and a mob of stirred-up zombies, has given me more kinetic thrills than I'd ever imagined. Another facet of Dying Light 2 that surprised me is the quality of the cast. (Rosario Dawson, who plays Lawan, one of Aiden's chief contacts, is particularly good in her role as a swaggering assassin). The NPCs that help, betray, and frustrate Aiden are interesting and varied enough to interact with that the quests move along at a nice clip.

Glancing over the list of quests I've completed, I can't say many stand out - aside from one where I had to climb the tallest building in the city, which felt like a suitably arduous task. Restoring power to different places, searching for people and clearing out areas of zombies are pretty much the types of activities I'd expected. But I was utterly enthralled by Dying Light 2 Stay Human's mechanical panache, entrancing soundtrack and charismatic NPCs.