Humankind a strong but flawed challenger to Civilization series 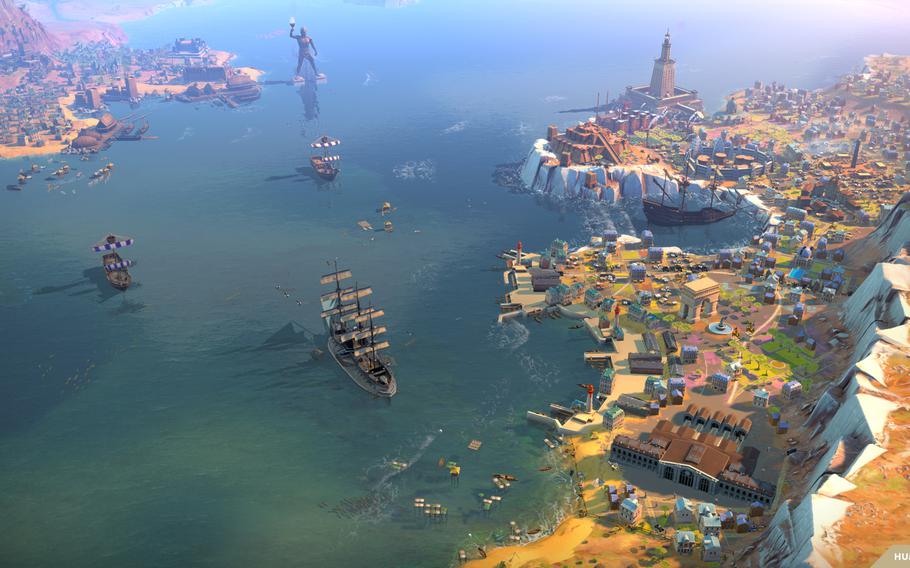 Although Humankind borrows a lot of ideas from the Sid Meier’s Civilization series, Amplitude Studios adds enough new ideas to stand on its own for better or worse. (Sega)

Sid Meier’s Civilization has been around for 30 years, yet it’s had few challengers in its strategy-game niche. Other competitors focus on a single era of history or they veer off toward the fantasy or sci-fi realms. Sure, creating nations of elves or galactic empires is intriguing but there’s a distinct appeal to playing “what if” with history.

Humankind, the latest competitor in the genre, comes from Amplitude Studios, the makers of Endless Space and Endless Legend. The developers are no strangers to the genre, and with a fresh perspective, the team adds compelling twists to the history simulator that make it distinct.

A different approach to civilization building

Like in Civilization, players start off thousands of years in the past, in the Neolithic era, but that’s where the similarities end. Instead of establishing a city, and building from there, Humankind encourages players to explore with their initial tribes and find an ideal place to settle down. They can create multiple units by hunting animals and gathering food to increase their numbers.

The differences widen from there as players eventually choose a culture instead of a civilization as a template. Players choose a new culture during each of Humankind’s six eras. Each culture gives an edge in a certain aspect of nation-building. Some cultures are great at farming and building population quickly. Others are great at combat giving players an edge in wars. Still, other peoples have a scientific bent that lets them gain technologies faster.

As players advance in eras, they can choose other cultures, each with their own distinct traits, units and districts. This creates a more organic approach to nation-building. Players can come up with different combinations across eras and focus on what’s important to them in that phase of history. If a goal is to build population quickly in the early game, they can go for the Harappans. If they want to focus on advancing science, they can pick the Joseons in the late mid-game.

For better and worse, that organic adaptability permeates other design decisions and the way certain systems work. When it comes to combat, troops engage in a chess match, where positioning and troop placement matter during turn-based attacks. When it comes to civics, players will have to choose between different philosophies favoring individualism vs. collectivism or authoritarian rule vs democracy.

These elements and the streamlining of siege weapons are improvements on the Civilization formula, but Humankind stumbles when it comes to other gameplay aspects. During combat in Humankind, troops engage in a chess match, where positioning and troop placement matter during turn-based attacks. (Sega)

One of those aspects is the resolution of major conflicts. The developers introduce the concept of war support, which acts almost like a health bar when two nations are fighting. Each defeat lowers the enthusiasm, and when it’s gone, the loser pushes for peace in a Forced Surrender.

If players are the victors, there’s no way to get out of it. They’ll be forced to take territories they may not want as part of their winnings. It’s a concept that feels forced and counterintuitive, especially if players are gearing their civilization for success via combat. It could also get players in trouble with the city cap, another odd constraint that Humankind places on empires. The game punishes players who grow their empire too big by making them less stable so that different regions can rebel, causing headaches.

Other elements that feel less fleshed out include the espionage and religious aspects. They’re in Humankind in varying forms, but don’t seem to have the same thoughtfulness as other aspects of the game. The role they play feels tacked on, with the developers unsure of how to make them as distinct as the other elements.

That ultimately leads to the inevitable comparison to Civilization, which is what haunts Humankind. Amplitude Studios succeeds at making their historical strategy game distinct and not just a poor imitation of Firaxis’ more famous game. At the same time, those comparisons highlight the weaknesses in the newer project.

Civilization has six iterations under its belt and countless expansion packs that have refined the series to a polished sheen. “Humankind” is still rough around the edges but with compelling ideas that are worthy of a look even if some miss the mark. Recently, Amplitude announced announced its Cultures of Africa DLC, which offers more diverse options when crafting a nation, but any fixes to the game’s major flaws will have to come in an expansion or a sequel.